As Sen. Cory Booker campaigns nationally for the Democratic presidential nomination, he’s facing an insurrection from progressive groups in his home state who are upset he’s accepting support from Democrats they and Gov. Phil Murphy are feuding with.

As Politico reports, the groups want Booker to bow out of a $2,800-per-head fundraiser being hosted by Essex County Executive Joseph DiVincenzo and Camden County Democratic political boss George Norcross. They are circulating a letter raising their concerns to progressive groups in Iowa in an attempt to pressure the candidate to back out.

DiVincenzo is being targeted because the Essex County Correctional Facility has a contract with the federal government to house undocumented immigrants. Norcross is in their crosshairs because he and his allies in the legislature have blocked Murphy from implementing the most progressive aspects of his agenda, including raising taxes on the state’s top earners.

Booker has spoken out on the presidential campaign trail against President Donald Trump’s policies for dealing with illegal immigration and the groups are frustrated that he is remaining silent when it comes to the Essex County contract.

Booker, however, needs the support and the money that entrenched Democratic leaders like DiVincenzo and Norcross can lend to his presidential effort, not to mention his continuing career in state politics. And, as Politico reports, political pundits believe that, despite what the local progressive groups threaten, Booker’s national efforts won’t be hurt too much by his dealings with the local Democratic power brokers.

The progressive efforts come as Murphy faces the embarrassing possibility of his fellow Democrats in the state Senate and Assembly overriding the his threatened vetoes of the legislature’s approval of a state budget that doesn’t include the tax hikes he has called for, as well as a bill extending the state’s controversial business tax incentive program that critics say was crafted to benefit Norcross and businesses and individuals he’s associated with. Getting Booker to back out of the fundraiser would embarrass Norcross in the midst of this fight.

Quote of the Day: “In the private sector, members of unions were getting hit hard and they became resentful that public-sector workers didn’t seem to be,” — Susan Schurman, a labor studies professor at Rutgers University, on reasons why voter sentiment has turned against the state’s public workers unions.

How Did ‘Union Guy’ Sweeney Become Labor’s Public Enemy No. 1?
Last month, New Jersey Senate President Steve Sweeney was at Rutgers University’s main campus in New Brunswick. He was there to hold a town hall meeting to discuss ‘The Path to Progress,’ an ambitious cost-cutting plan that would seek to right New Jersey’s perilous finances by cutting the state’s generous public worker pension and health benefits. Sweeney talked up his own union membership to the audience.
WNYC Read more

NJ Transit Engineers Refuse to Work OT as Part of Dispute. Your Commute Will Get Worse.
Commuter train engineers are protesting an alleged NJ Transit contract violation by refusing to work on their regular days off, resulting in a spike in the number of canceled trains.
NJ.com Read more

Port Authority: Fare Hikes Likely inevitable for NY-NJ Commuters, Airport Users
Fare and toll hikes are likely coming to drivers, PATH riders and airport users—and they could happen as early as November, according to recent proposals from the Port Authority of New York and New Jersey.
The Record Read more

NJ Has Failed for a Decade to Detail How They’ve Cracked Down on Polluters
New Jersey’s environmental regulators have failed for nearly a decade to meet a legal requirement they provide a detailed written accounting each year of enforcement actions against polluters of state waterways, the Associated Press has found.
Associated Press Read more

Drug Maker Secret Emails Show They Colluded to Boost Prices, NJ Claims
A complaint filed in May against some of the nation’s biggest generic drug companies was unsealed Monday, showing what authorities said was a bid to collude and artificially inflate prices on more than 100 drugs.
Asbury Park Press Read more

House Votes to Block Offshore Drilling Off Atlantic Coast in Rebuke of Trump
President Donald Trump would be blocked from opening the Atlantic Coast to offshore oil drilling under legislation approved by the U.S. House on Tuesday.
NJ.com Read more

Rutgers Gives Itself a Stellar Report Card, Leader of Faculty Union Differs
Rutgers University is touting its ‘tremendous progress’ in a new five-year report on the school’s strategic plan, but a leading faculty member says that reading is overly congratulatory.
NJSpotlight Read more

Trump Tax Law’s Limit on How Much You Can Deduct for Property Taxes Draws Fire at Hearing
House Democrats and municipal officials took turns Tuesday in blasting the Republican tax law’s cap on deducting state and local taxes, saying it hampered efforts to provide services such as police protection and has hurt middle-class families.
NJ.com Read more

Murphy’s Plan for NJ Public-Private Fund Goes Nowhere Amid EDA Standoff
Caught up in Gov. Phil Murphy’s ongoing squabble with lawmakers over the future of the state’s expiring economic-development tax-incentive programs is his plan to establish a public-private venture-capital fund in New Jersey to help new tech companies get off the ground.
NJSpotlight Read more

Lawmakers Say Restructuring Underused Prisons System Would Boost Budget by $40M
One of the ways the New Jersey Legislature plans to balance next year’s budget without raising taxes on millionaires or gun permits is with $40 million in savings from restructuring the state’s prisons. Officials in the Murphy administration termed that scheme ‘magic math.’
NJSpotlight Read more

With $30M in Limbo, Lakewood School District Says It Needs Money From the State to Survive
Monday night’s school board meeting began with students posing with awards for athletics and academics. There may not be any awards next year, but that is only a small splinter compared to the thorn in Lakewood’s side.
NJ.com Read more

Phil Murphy Says He Will Choose First Nurse to Serve as NJ Health Commissioner
Governor Murphy’s choice to be the next state health commissioner is a veteran hospital executive who would be the first nurse to fill the position.
The Record Read more

NJ Ended Its Horseshoe Crab Harvest. Should Other States Do the Same?
Ed Blaine’s horseshoe crab dealers travel to his Jersey Shore home from up and down the East Coast to sell him hundreds of the prehistoric sea creatures at a time.
Press of Atlantic City Read more 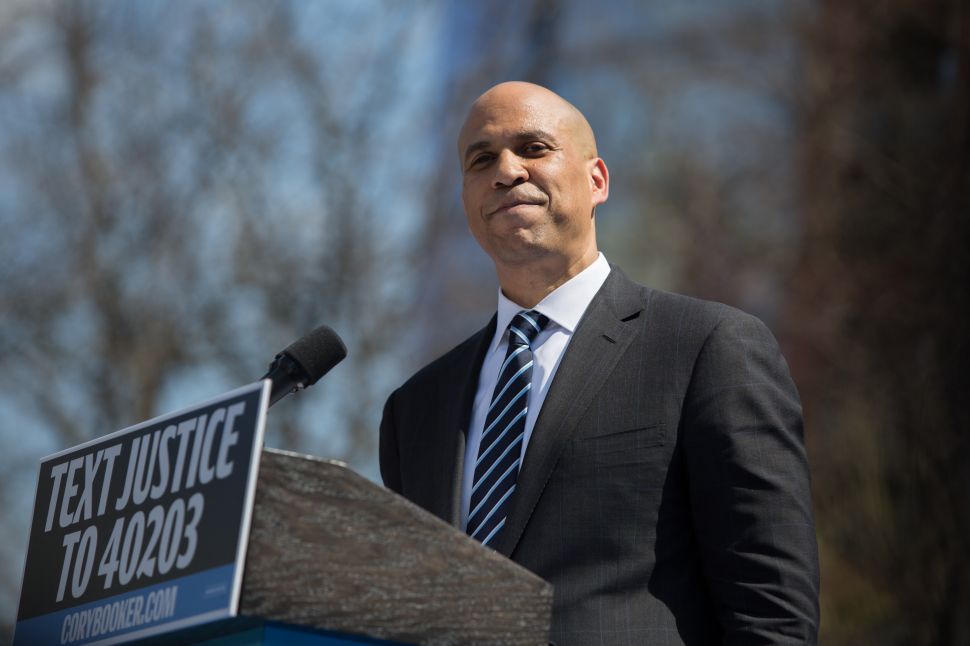