“DOS is not a business. The DOS is… a social group,” said defense attorney Marc Agnifilo, who chose his words carefully during closing arguments of the NXIVM trial. The group he is referring to—a secret sex ring inside the larger NXIVM organization—is what many, including the prosecution, might label a dangerous and coercive sex cult.

Keith Raniere is potentially facing life in prison after being indicted on seven charges, including possession of child pornography, sex trafficking and forced labor conspiracy, and 11 counts of racketeering.

Saying “social group” instead of “sex cult” is how you defend somebody like former head of NXIVM—a self-help company/horrifying fuck-toy slave ring—Keith Raniere.

SEE ALSO: What’s It Like to Work for One of the World’s Biggest Narco Traffickers?

When the prosecution, whose closing remarks were delivered by Moira Penza, claims Raniere used controlling and abusive tactics, and “destroyed the victim’s sense of self and ability to trust, turning victims into victimizers”—you claim that everybody (almost everybody) was an adult and capable of making their own decisions.

When the prosecution claims that Raniere locked a girl in her 20s in a room for two years because of an “ethical breach,” which might of just been her developing feelings for someone her own age—you talk about how her dad, also a member of NXIVM, was in on the punishment. Be sure to bring up that he was included in the email chain and ask, “How is this all on [Raniere] when there’s a dad?”

He also tried to prove the conspiracy was larger than Raniere, which the prosecution certainly didn’t deny, given that actress Allison Mack, formerly of Smallville, and other high-ranking members have already pleaded guilty to racketeering charges.

Agnifilo attempted to bring the jurors back to when “NXIVM was NXIVM,” and nobody seemed to be unhappy. They all lived together in a community, after all, he said and had friends. The fact that everybody is now looking at NXIVM in a negative light is “not because the past has changed,” said Agnifilo, “but because there is a change in the present.”

Raniere had a ring of slaves who were all branded with his initials. Some of his inner circle of slaves, including Mack, had slaves of their own. In order to be part of DOS, which stands for Dominus Obsequious Sororium (Latin for “master over the slave women”), slaves had to turn in monthly “collateral,” which was used to ensure loyalty to the group. This collateral consisted of things like sexual pictures (it seems he preferred close-up images of vaginas), legal documents and letters—all of it measured by how potentially life-destroying it would be if released.

Instead of denying the extensive amount of evidence, Agnifilo tried to deflect some blame by painting Raniere as a man who wanted an emotional connection. “What seems to be pretty clear is he relates better to women,” said Agnifilo, pointing to the government’s chart of Raniere’s inner circle, which included some pre-DOS members, but mostly consisted of female slaves. “I think that he just relates to women,” Agnifilo continued.

“He’s not mighty. He’s not great. He’s not god-like. He sits there and he creates curriculums,” said Agnifilo. Raniere, sitting coolly in the courtroom in a sweater like some sort of evil Mr. Rogers, did not react.

He also tried to paint the women not as victims, but as people who were in love with Raniere. He talked about Lauren Salzman, who he described as having a “serious long-term relationship” with Raniere. Agnifilo described her as heartbroken during her testimony. She didn’t just impart information, “she came here and she broke up with Keith Raniere in front of all of you,” said Agnifilo. He called the testimony “powerful” and said it came from a “deep place in the soul.” It read as a bit of a stretch.

Agnifilo also claimed that Raniere wanted the women to play a bigger role in the creation of DOS, but he didn’t know what they wanted, which forced Raniere to take matters into his own hands. Agnifilo quoted him as saying, “You can use your own brain, or you can rent my brains.” When the group didn’t come together to Raniere’s satisfaction, he took matters into his own hands, saying that the women weren’t clear enough about what they wanted.

“He’s not renting his brain out,” said Mark Lesko during the government’s rebuttal. “That’s absurd.” He argued that, of course, the ring was created for sex. “Were they going to knit sweaters in the dungeon?” asked Lesko, poking a number of holes in Agnifilo’s argument.

The goal was to try and separate the NXIVM lifestyle from the last 30 years, and the last four years of DOS from Raniere himself. “I don’t think there’s anything in this case to suggest that Keith has a misogynist view of women,” he said.

Defending Keith Raniere is a tough job. No denying that, although maybe made sweeter with Clare Bronfman contributing $14 million to the defense.

Agnifilo’s argument boiled down to: it’s “out there” but not a crime. He encouraged the jury of eight men and four women to focus on the grey area, instead of the two stark sides that the trial has become. “You may find him repulsive, disgusting, offensive, but we don’t convict people in this country for being repulsive or offensive,” he said, wrapping up the argument. Of course, branding is not for everyone, and neither is a sex dungeon.

Lesko took a different stance. “None of them got their collateral back,” he said, referencing the fear those involved in the ring went through if they ever tried to leave. “That’s no medicine. That’s a sex crime,” said Lesko.

“He was arguing that Nicole wanted it, that it was good,” Lesko said of Agnifilo. “Don’t let him do that in this courtroom.”

UPDATE: On Wednesday, a federal jury found Keith Raniere guilty on all counts, including racketeering, sex trafficking and related crimes. “Over the last seven weeks, this trial has revealed that Raniere, who portrayed himself as a savant and a genius, was in fact a master manipulator, a con man and the crime boss of a cult-like organization involved in sex trafficking, child pornography, extortion, compelled abortions, branding, degradation and humiliation,” U.S. Attorney for the Eastern District of New York Richard Donoghue said in a statement shortly after the verdict. “His crimes, and the crimes of his co-conspirators, ruined marriages, careers, fortunes and lives. The evidence proved that Raniere was truly a modern day Svengali.” 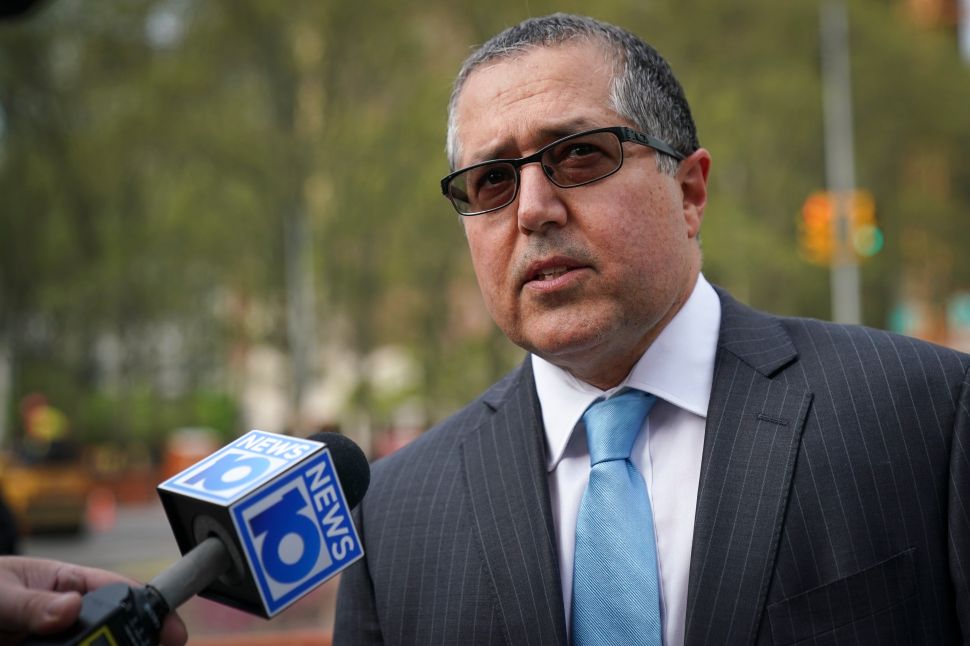