For generations of New Yorkers, summertime in the city has always been a season that inspires mixed reactions and emotions. For some, summer in Manhattan means drinking tepidly mixed margaritas, attending rooftop luncheons with a bland-looking significant other and taking pictures of freshly-snipped tulips (in other words, being boring, boring and boring). True New Yorkers know that if you can beat the long lines, there’s nothing better than picking up a swirl of soft-serve ice cream on a sugar cone from one of the innumerable ice cream trucks that trawl the streets during the warmest months, blasting their jingles.

Now, however, this iconic NYC tradition may be in jeopardy. On Wednesday, Mayor (and presidential hopeful) Bill de Blasio announced that the city had begun cracking down on ice cream truck operators for accumulated years worth of traffic violations. These violations perpetuated by ice cream truck drivers apparently include obstructing crosswalks, running red lights and parking excessively close to fire hydrants.

Ultimately, the city said that during an eight-year period beginning in 2009, ice cream truck operators collectively racked up 22,000 summonses and close to $4.5 million in fines for the aforementioned traffic infractions, CNN reported. That’s a lot of reckless driving-while-selling-ice cream, to be sure, but surely there are more pressing issues the city could devote itself to handling? Perhaps the mayor could turn his attention towards the huge dearth of housing for the homeless population in New York City? Maybe he’ll get to it when he isn’t so busy campaigning for president.

“We all know from common experience that ice cream trucks are magnets for children,” Zachary W. Carter, New York City’s corporation counsel, told CNN. “In order to protect this particularly vulnerable category of pedestrians, our traffic laws must be strictly enforced.” No one is disputing that the safety of children is paramount to the fabric of a healthy society, but it remains to be seen whether wrenching ice cream trucks away from overheated NYC citizens will be a well-received decision. 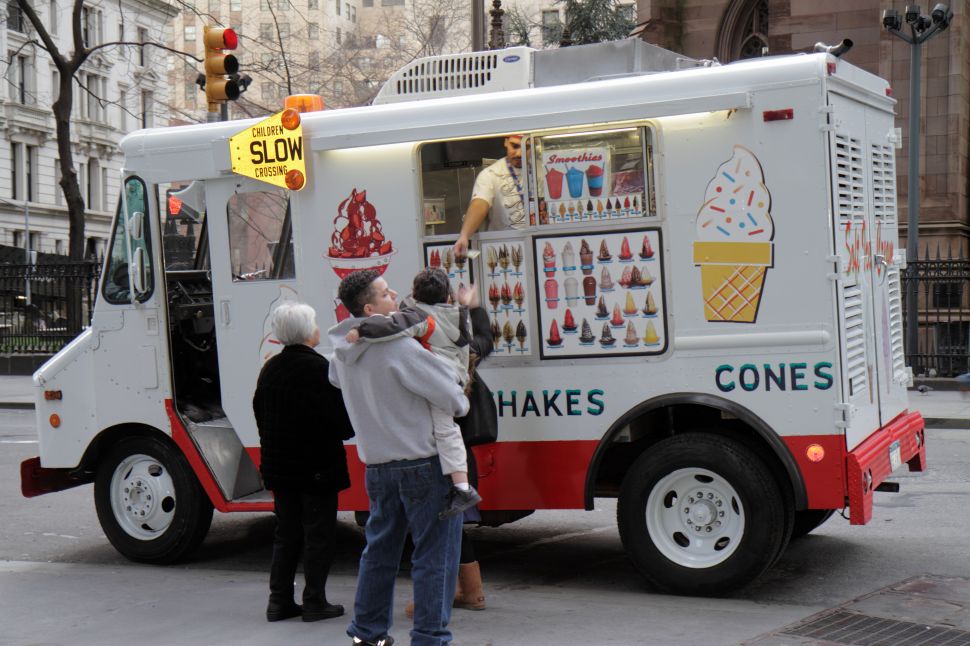