According to a recent article in RetailWeek, Tim Steiner, the founder and CEO of Ocado, the automated grocery fulfillment company, made the argument that Kroger’s partnership with Ocado “will transform the American grocer into the number one player in e-commerce in the U.S.” Steiner said Ocado’s technology and logistics expertise, coupled with Kroger’s “strong customer business, strong ethics and big ambition,” will help it usurp the likes of Amazon and Walmart online.

The businesses plan to build 20 robotic warehouses across the U.S. over the next three years and have already revealed the locations of the first three sites—Monroe in Ohio, Florida and the Mid-Atlantic.

Speaking at the World Retail Congress (WRC) exactly a year since striking the landmark deal that propelled Ocado into the FTSE 100, Steiner said: “The U.S.’ largest supermarket was clearly the number one choice for us in the U.S., as well as the ambition of [Kroger CEO Rodney McMullen] and his team to win in e-commerce in the U.S. Their ambition is very clear. It was clearly stated to us and I think it’s fairly clearly stated to the outside world, and so we think that putting the strengths of Kroger together with the strengths of Ocado, and the innovation we will both bring and will be added to by other [Ocado] customers over the coming years, will mean that they should become the number one player in e-commerce in the U.S.”

Steiner added: “We are going to win together. We need to make sure we are deploying the best thing for the customer, with the best economics. If we can do that, and do that across not just the existing footprint, but the rest of the U.S., and leverage the strengths of both organizations and continue to drive innovation, it’s going to be a phenomenal deal for both companies.”

Kroger boss Rodney McMullen, who joined Steiner onstage at the WRC in Amsterdam, described the partnership as being “like a marriage,” in that “neither party can get to where it needs to be without the other.”

According to the article, McMullen said: “When you look at Ocado, one of the things that we’ve been tremendously impressed with is the progress they continue to make. If you look at Ocado five years ago and look at Ocado today, it’s a completely different organization. Everything you see, they continue to push themselves to keep getting better and better. And what they do is incredibly important—using technology to be massively efficient, from picking the order to connecting with the customer. It’s all those things that we got so excited about, and we just thought that, even if we could do it remotely as well as Ocado, it would take five or 10 years to get to where they are, not to where they are going. It made a lot more sense to partner with Tim and the team.”

Ocado’s deal with Kroger is the biggest partnership it has created over the past two years.

It has also agreed to license its technology to Sobeys in Canada, French grocery giant Casino and Australian player Coles.

Ocado’s valuation has rocketed to almost £9 billion (approximately $11.3 billion USD) as a result—more than double what it was worth before details of the Kroger deal were announced.

The Gaping Hole in Steiner’s Argument

However, is Steiner correct when he states that Kroger will be the number one player in e-commerce in the U.S. as a result of Kroger’s partnership with Ocado?

I agree that Ocado has created incredible technology as this video demonstrates. I also must make it clear that I was one of the first individuals to recommend that Kroger and Ocado form a partnership. I wrote publicly about my recommendation in these articles located here and here. I must also clarify that when I worked for Kroger as a consultant in 2017 and 2018, I recommended to Kroger that the company should acquire Ocado. However, what I recommended to Kroger and Ocado is vastly different than the strategy Ocado and Kroger plan to utilize… more on this later.

From 2015 to 2017 when I worked for Amazon, I made the argument that Amazon should acquire Ocado. However, something interesting happened during the discovery process at Amazon regarding Ocado, and it is the reason why I believe Steiner is wrong regarding his comment about Kroger becoming a leader in e-commerce over Amazon and Walmart. The gaping hole in Steiner’s argument is that he is convinced that Amazon can’t build a better mousetrap than Ocado’s Customer Fulfillment Center (CFC) automated grocery fulfillment technology. I, too, felt this way until I began to have in-depth conversations with resources at Amazon related to robotics, automated fulfillment, first-of-its-kind consumables distribution centers and Amazon’s overall strategy for groceries and food.

I don’t dispute that Ocado is currently the leader in large-scale automated grocery fulfillment. However, as the world’s leading e-commerce retailer, Amazon has the capability and the intention to leverage robotics, automation and its own grocery distribution center designs to introduce leading edge facilities for fulfilling online grocery orders and direct-to-store replenishment. Ocado was the first to market with its technology but several years from now, Amazon will prove it has the best technology and facilities for grocery fulfillment. In addition, Amazon will open more stores, reducing Kroger’s overall store count advantage.

Steiner has apparently overlooked the fact that Amazon will scale its network of physical stores through one of two strategies or by utilizing a hybrid strategy:

Amazon even has the option to open its own branded stores. If Amazon chooses this option, I expect Amazon to build multi-format stores that will place center store items on a top floor where orders will be filled using micro-fulfillment technology. The store will be designed to maximize customer access to fresh fruits, vegetables, meat, milk, eggs, dairy, baked goods, alcohol and in-store food to eat and carry out. Amazon can build up to 1,500 such stores.

Amazon may currently be at a disadvantage because it has so few stores when compared to Kroger, but Amazon can quickly change the equation.

Sorry Tim, but Amazon doesn’t have to build anything like Ocado to beat Ocado and by proxy, Kroger. Based on what I learned at Amazon from the discovery process, Amazon has no fear of Ocado.

Regarding Walmart, Steiner has created the impression that Walmart somehow can’t design and implement a strategy to combat Kroger’s partnership with Ocado. I beg to differ. Although many people may think I dislike Walmart because of articles I’ve written criticizing Walmart’s last-mile strategy, but nothing could be further from the truth. I believe Walmart is an exceptional company that is quickly becoming a legitimate threat to Amazon (at least as it applies to groceries). Walmart recently announced that it has hired Suresh Kumar to be the company’s new CTO. Kumar is arguably one of the most qualified and competent individuals in the world when it comes to technology. Walmart has made additional hires and investments, as well, related to robotics and automated fulfillment. Walmart should not, under any circumstances, be underestimated.

Steiner also appears to be assuming that Google, Microsoft or Facebook won’t become retailers. Imagine if Facebook acquires eBay and creates an integrated social media and online retail platform? What if Microsoft turns LinkedIn into an e-commerce platform? What if Google acquires Costco?

The fact that Kroger and Ocado are forming a partnership does not prevent either company from being impacted by other mergers and acquisitions in the grocery industry. What if Amazon acquires Target? What if Costco acquires Kroger? What if Walmart and Home Depot merge? See where I’m going with this?

I also don’t believe Kroger will become the leader in e-commerce over Amazon and Walmart through its partnership with Ocado, because Kroger has thus far refused to think big regarding how to utilize Ocado’s CFCs in a manner not in use anywhere else. In the articles I’ve written and in my comments to Kroger’s executive team, I made the following argument: Kroger should fulfill online grocery orders and assemble ClickList orders through Ocado’s CFCs, which is standard practice for companies that contract Ocado. However, what I believe Kroger should do is work with Ocado to design CFCs that can also leverage robotics to pick by the case so that pallets of products can be built. The value in building pallets is this—Kroger can replenish products to its stores from CFCs, thus allowing Kroger to close the majority of its older and costly 46 distribution centers.

See the difference? What Kroger and Ocado have planned will certainly generate value. No doubt. What I am recommending will give Kroger a competitive advantage over every grocery retailer in the U.S., including Walmart and Amazon.

Finally, I remain convinced that Kroger will not become the number one e-commerce player in the U.S. unless it merges with Target; merges with Ahold-Delhaize; is acquired by Costco; or is acquired by Alibaba. For Kroger to become a threat to Amazon and Walmart, Kroger must become a much bigger company or be acquired by a large retailer. Twenty Ocado CFCs are not enough for Kroger to hold off Amazon and Walmart. However, if Kroger merges with Target or Ahold-Delhaize, its conceivable that Ocado could open and operate between 60 to 80 CFCs in the U.S. Big difference.

Note to industry analysts and Wall Street: Bet the farm that Kroger doesn’t become the number one player in e-commerce. 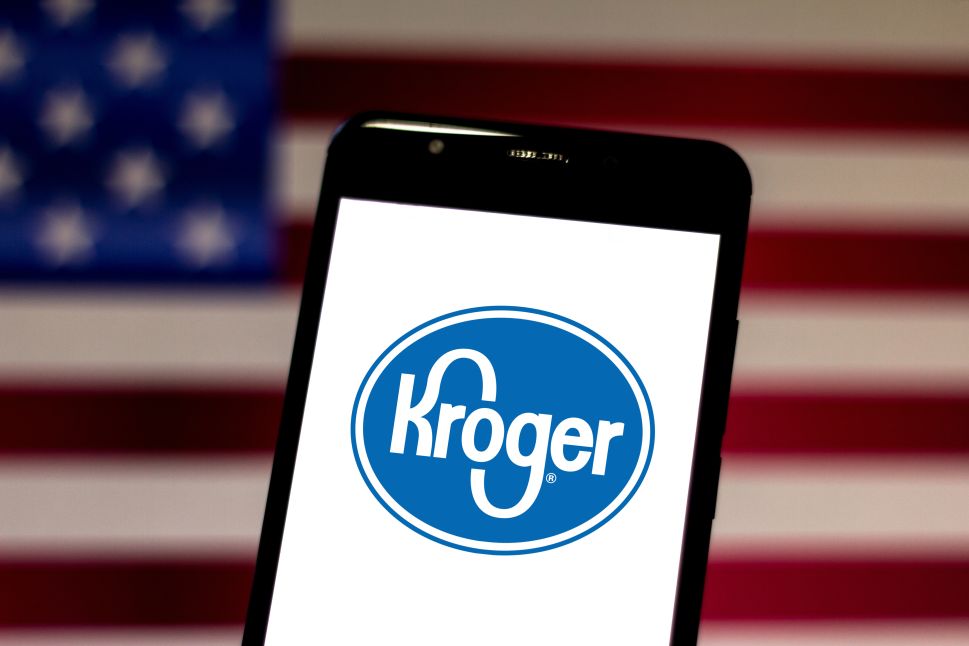