With a screenplay refreshingly free of clichés and confidently directed by Irish filmmaker John Butler, Papi Chulo is the kind of film for which descriptive adjectives like modest, poignant, touching and mild seem to have been invented. It’s a clear-eyed look at the unlikely friendship between an affluent, gay Los Angeles TV weatherman and a working-class, straight, middle-aged Mexican day laborer that delivers a timely message about the need for cross-cultural compassion in the center of an immigration crisis.

Sean (played by versatile, über-handsome Matt Bomer) is a popular TV celebrity on cable who has a crushing meltdown on the air while predicting a forthcoming California heat wave. The station forces him to take what everyone hopes will be a restorative sabbatical from his heavy broadcasting workload and his friends plead with him to seek a professional therapist to talk to, but Sean withdraws and chooses to lose himself in the job of remodeling his house.

From a crowd of unemployed workers who gather daily outside a local hardware store, Sean hires a Mexican immigrant named Ernesto (wonderful, poker-faced Alejandro Patiño) to sand and re-paint his deck. In time, as the project drags on, a basic business arrangement turns into a series of conversational confessionals between the paunchy family man with five children who barely speaks broken English, and Sean, who needs a sounding board and surrogate shrink to listen to his troubles.

How two diverse people from opposite sides of life overcome language barriers and clashing cultural differences to find common ground in mutual compassion is what this tidy, understated film is all about. The result is an emotional healing that embraces all of those words I used at the beginning of this review, and Papi Chulo eventually turns effectively…poignant.

The two central performances enhance the proceedings immensely. The handyman’s character is never fully developed, and the empathy he develops for his employer’s loneliness and heartbreak following Sean’s breakup with his longtime lover six months earlier is not entirely credible, but the relationship between the sweet, awkward and fragile Bomer and the tolerant, bemused and underplayed Patiño is a thing of joy.

Dublin-born writer-director Butler, whose sensitivity shone through his 2017 coming-of-age film Handsome Devil, shows enormous affection for both men as well as the skill to move them through each frame with intelligence and brio.

I might have inadvertently missed something important, but I still don’t know what “papi chulo” means. What I do know is that Papi Chulo is a dumb, brick-wall title that is nothing of a marquee lure for a small, honest movie with a big heart that needs all the help it can get. 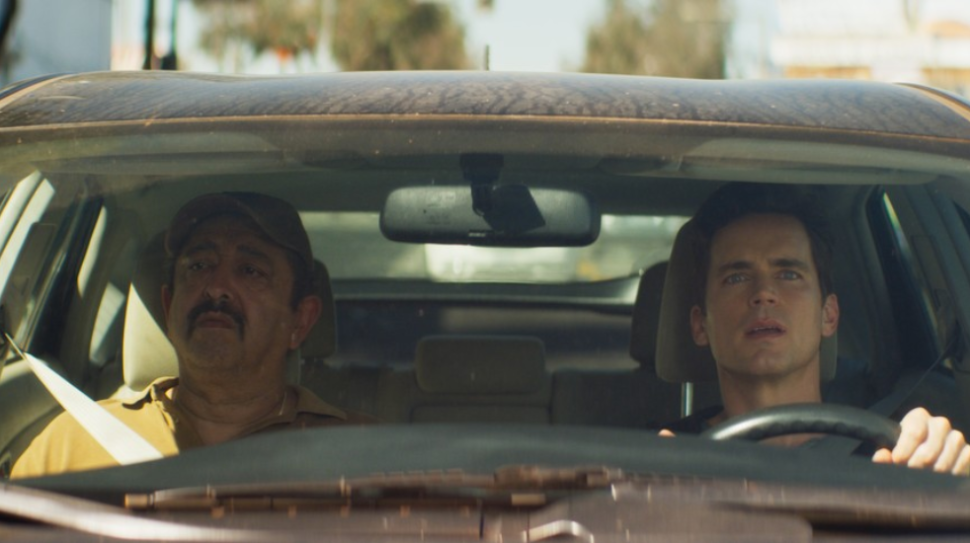