It’s been a busy several days for Prince William and Kate Middleton. The Duke and Duchess of Cambridge spent last weekend at Trooping the Colour, celebrating Queen Elizabeth and introducing Prince Louis to balcony life. A few days later, they headed to Cumbria for a day of engagements with the rural and farming communities in the region, meeting with local farmers, first responder volunteers and families. There was also a low-key sheep shearing moment.

The Cambridges did, however, take a little time for a secret date, as they headed to the Inn on the Lake, a 47-room Ullswater hotel, for an afternoon tea.

We’re still on cloud 9 after the day we had yesterday! First our @innonthesquarekeswick catered for the royal visit in the market square, then William and Kate visited the @innonthelakeweddings for a royal rest and refuel! It’s good to know that our hotels are fit for royalty!! 😅 Read all about the day’s events in our latest blog post ☺️

Prince William and Kate were served the hotel’s full afternoon tea in one of the fanciest accommodations, the luxe lake view room, per Hello. The hotel’s spokesperson told the outlet that Prince William “commented on the view from the bedroom being fantastic,” and that the future king said he hoped to stay longer on their next visit to the Lake District.

**WIN AFTERNOON TEA FOR TWO** Since we are still incredibly overwhelmed from our Inn on the Lake hotel being royally appointed to host the Duke and Duchess of Cambridge during their Cumbria visit, we’ve decided to give away a Royal Afternoon Tea for two! 🤩 To be in with the chance of winning the same Afternoon Tea that the royal couple ate, follow the link in our bio! 😃

The aforementioned room is storybook charming, with a four-poster wood bed, upholstered furniture and a balcony looking over the . While afternoon tea isn’t exactly difficult to find in London, this one does sound very nice and British, with fresh finger sandwiches, homemade scones, clotted cream, a mini trifle and macaroons, and costs around $30.

The Inn is part of the Lake District hotel group, which also includes the Inn on the Square in Keswick, where Prince William and Kate stopped earlier in the day for a brunch buffet. Yes, the Duke and Duchess of Cambridge are now lake people.

It’s been an exciting day in Keswick having the Duke and Duchess of Cambridge visit! 😄 We feel honoured that @innonthesquarekeswick was chosen to cater for the Royal Visit! ☺️

Post-afternoon tea date, Prince William and Kate headed back to Kensington Palace via private helicopter, but the Inn on the Lake is still serving up a very regal meal in their honor. The waterside hotel is now offering a limited “Royal Afternoon Tea,” for those who want the Cambridge treatment. 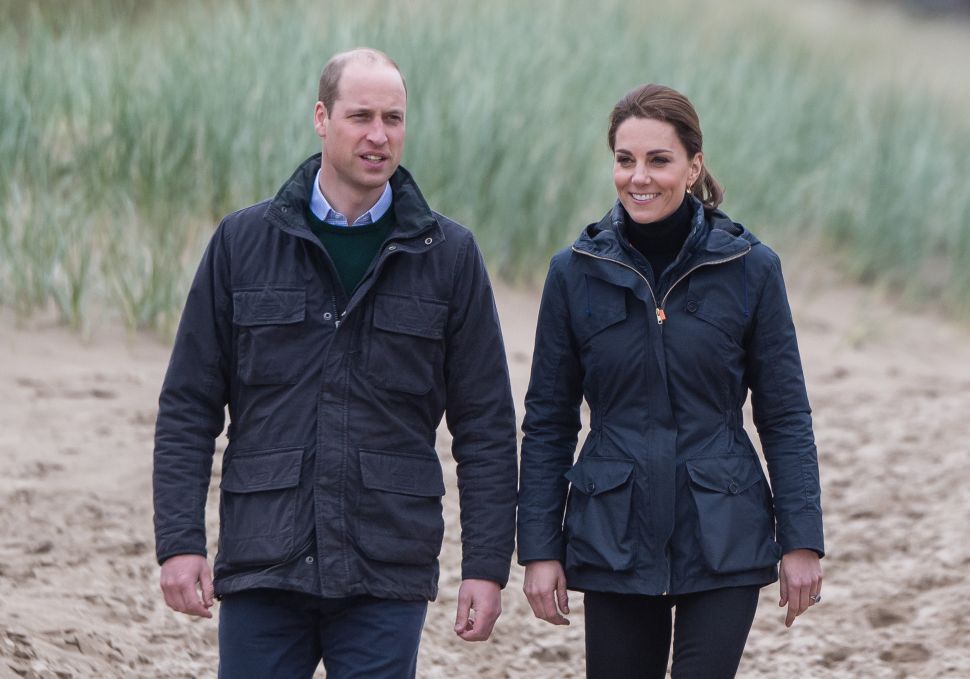