According to a study conducted by Sarah C. Gomillion and Traci A. Giuliano about the influence of media role models on gay, lesbian and bisexual identity, self-esteem can be directly tied to an individual’s viewing experiences with similar content that mirrors their own development and lives. There’s an emotional, perspective-molding component involved.

And according to a study conducted by the Williams Institute at the UCLA School of Law, an estimated 4.5 percent of American adults identify as lesbian, gay, bisexual or transgender. That equates to roughly 11.3 million people, a demographic that skews younger with just 23 percent aged 50 or older. What this means is that there’s a numbers-based, under-served market of the entertainment industry.

Regardless of what the motivating factor might have been—the cynical, financially motivated approach or the moralistic representative responsibility—Netflix hasn’t let this opportunity slide by. Orange is the New Black, What/If, The Perfection, Queer Eye—the market-leading streamer has made a concentrated effort to develop content for this demographic. Characters exist across the fluid sexuality and gender spectrums in dozens of the platform’s offerings—though there’s still plenty of progress to be made.

On Wednesday, in conjunction with Pride month, Netflix launched a new LGBTQ+ focused campaign: Prism. Prism’s goal is to present a “spectrum of LGBTQ+ stories” to Netflix’s 60 million domestic viewers while proudly celebrating the eclectic characters and performers that exist within this space. The company is promoting Prism with specialized social media outreach that showcases its diverse casts connected to the LGBTQ+ world. It has also set up a Prism page on the site and app, highlighting its considerable library of offerings involving LGBTQ+ characters and storylines. This includes originals such as Sex Education and Chilling Adventures of Sabrina as well as licensed content such as FX’s Pose and The Assassination of Gianni Versace.

"Being a queer person, I have this knowledge that I'm not alone and that I'm cared for. And that's been really important to me; making the people in my life a part of my family and ensuring they have a safe space with me. " @shannonpurser on chosen family. 📸 by @irrisrray

In response, Them reached out to some of Prism’s most notable headliners to discuss Hollywood representation and the next stages of progress that need to be made.

“Representation needs to evolve in the industry,” Queer Eye star Jonathan Van Ness told the outlet. “I get nervous when people hold up Queer Eye and the representation it offers as some sort of example, when it’s really the tip of the iceberg of what needs to happen. The queer community is still so diverse and still so woefully represented, even though the industry has come a long way.”

When They See Us star Isis King offered a starting point for incorporating more LGBTQ+ performers into mainstream work that isn’t squarely focused on their gender or sexuality.

“More roles are starting to come in Hollywood but there’s still a lot of competition,” she said. “If there’s a cashier in a scene, why can’t she be trans? Why? I’m waiting for the opportunity to be a superhero, I’m waiting to be a villain, I’m waiting to be a cop—I got my short hair underneath this wig. I’m waiting to train like Halle Berry in John Wick. Why can’t I be a trans woman in the force?” 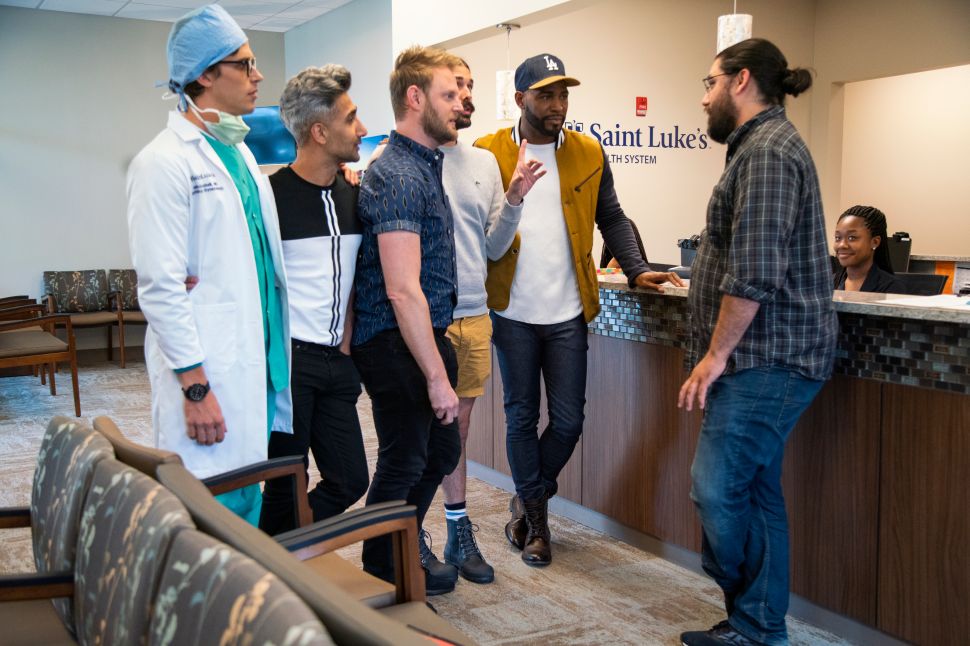 Filed Under: TV, Entertainment, Isis King, Jonathan Van Ness, When They See Us, Queer Eye, what if, PRISM, Orange is the New Black, LGBTQ, Netflix