In a new study published last week, a team of U.S. and UK scientists explained how they’ve found an answer to the puzzle of how man’s best friend got its puppy dog eyes. The sad, pleading look has had such sway over people during the past 33,000 years of dog-human relations that our preference for the look directed the evolution of dogs’ facial anatomy, the scientists say.

The finding is that dogs gradually developed a new forehead muscle called levator anguli oculi medialis, LAOM, and have been wielding it to deploy this forlorn expression to powerful effect ever since.

“Humans have unconsciously turned dogs into this infant-like creature that we now want to take care of,” Dr. Juliane Kaminski, a comparative psychologist at the University of Portsmouth in the UK and the study’s first author, told Observer. “Let’s say you’ve got 50 dogs. Well, people basically decided to breed the two that have this forehead muscle and ignore the other 48.”

That muscle responsible for raising the inner eyebrow is deployed to express the cute, entreating expression that unwittingly brings out the caregiver in all humans. Brain-pleasure systems that are engaged when eating food or listening to music are also ignited by certain infant-like features, earlier research has shown, such as puppy dog eyes.

To investigate how puppy dog eyes emerged in dogs, the researchers obtained domesticated dogs and gray wolf cadavers and dissected their faces to compare the muscle anatomies.

Using a novel technique that has all the makings of a horror classic, head anatomist Anne Burrows made face-peels of six domesticated dogs and four grey wolfs. Over the course of a year-long dissection, she eventually found that all six dogs had the LAOM muscle, whereas in the four gray wolf specimens, the muscle was missing.

“It was a painstakingly slow reveal” Burrows, who co-authored the study, told Observer. “I didn’t think we would find any difference between dogs and wolves, just because dogs and wolves are so closely related.”

Following the finding that dogs and wolves have different muscles around the eyes, researchers next videotaped wolves and dogs to investigate differences in the faces they can pull off. They made two-minute movies of 27 dogs from shelters across the United Kingdom and nine wolves from two animal parks. The footage of the dogs and wolves was then analyzed by a specialist not informed about the researchers hypothesis.

Dogs donned the cute expression more frequently than wolves. The more significant finding, however, was that only dogs produced the higher-intensity looks that tug at humans’ heartstrings.

The findings have a real impact. In an earlier study, Kaminski found that the more dogs pulled the woeful expression, the faster they were adopted from shelters. In that respect, puppy dog eyes proved a more endearing quality to humans than tail wagging or drooping, slobbery tongues.

Kaminski does not believe that dogs developed the expression to intentionally manipulate humans. More likely, she said, is that animals able to wield puppy dog eyes happened to hit upon a hard-wired process that humans have developed in order to communicate with infants. 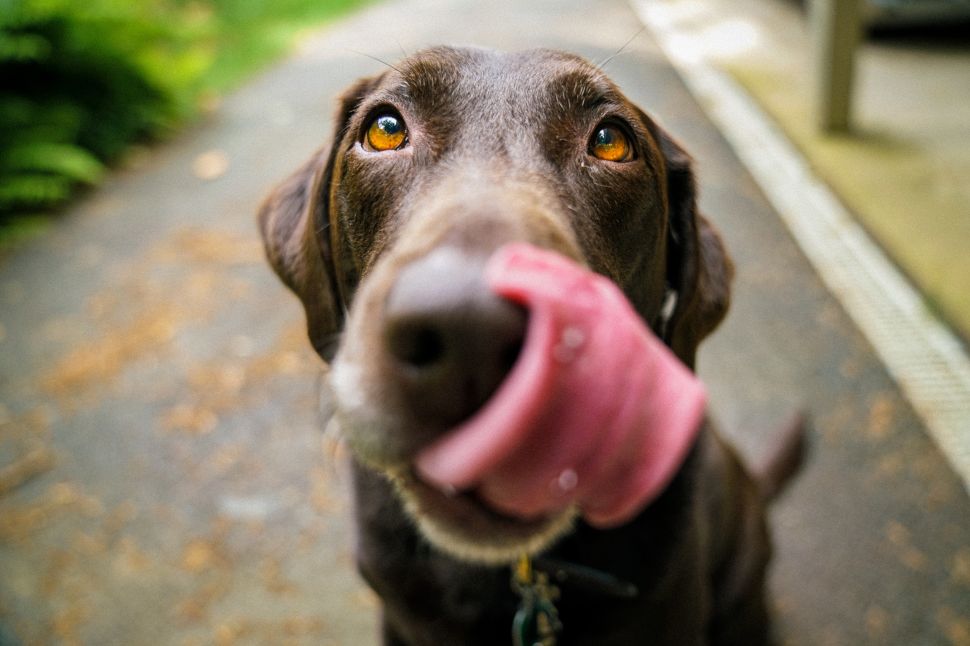