The brilliance of the mantra is in its near-perfect alliterative balance, a three-part dance ending in a clarion flourish: Reduce, reuse, recycle. The last word is the longest word, at three syllables to two, and it also the easiest to follow—and thus, the only part of the three-legged Earth Day stool most Americans have ever sat on.

Buying stuff, and buying new stuff, is what we do; look no further than the screen you’re reading this on for proof. Even Marie Kondo aficionados must admit: going minimalist and discarding your book hoard and several closet-fulls of clothes meant you acquired the junk in the first place. (Hopefully someone will reuse it; hopefully, that someone is someone else.)

But tossing the plastic bottles and bags, the glass jars and the mountain of empty LaCroix cans in the blue bin? That shit is easy. Earth Day is every day, and you do your bit every time you make the trash room go “clank.” Satisfying!

Or, not. Recycling is mostly all a lie. Unless it fits strict standards, the junk you put in the recycling bin is all doomed for the landfill. Fewer than five percent of the 38.5 million tons of U.S. plastic waste were successfully recycled last year, according to one estimate. The other 95 percent was burned or sent to never rot in a landfill. Surprise!

But even worse, as The Guardian pointed out in a deeply reported story published last week, recycling is also the 21st-century version of colonization. Wealthy first-worlders’ yogurt containers are lifted from the blue bins and shipped across the country and dumped in front of lowest-class workers in developing countries to sift through, where it pollutes and sends rank toxic stenches into the air.

And this is arguably a best-case scenario: Following China’s announcement in 2017 that it would no longer accept “foreign trash” for recycling unless it met cleanliness standards so strict most American cities cannot meet them—did you know you need to wash your recycling? Do you ever bother? If either answer is no, your recycling was a lie—much “recycling” goes from the blue bin straight to the incinerator.

Vietnam, a popular tourist destination for America’s Marie Kondo set, is one of the popular final resting places for plastic bags, plastic signs and all the other petroleum-based products our society and economy produces. Some massive 68,000 shipping containers’ worth of plastic—the rectangular tins piled on container ships’ decks, trucked to ports by tractor-trailers one-by-one—are sent from the United States to developing countries, where mostly it sits around before it’s also burned or dumped into a landfill. Vietnam, for example, “mismanages” 86 percent of its plastic. (That sounds bad, but since America landfills or burns 95 percent of its plastic, that’s not as bad as it could be.)

The most popular destinations for American un-recycled recycling include some of the world’s most destitute countries, The Guardian noted, which is where both cheap labor and lax regulations can be found. But since not even these desperate nations are desperate enough to take all the plastic the U.S. produces, “thousands of tons” sit around at home in the U.S.—before it, too, is burned or dumped into a landfill.

The piece is devastating but is not without irony: One of the plastic products a 60-year-old mother The Guardian found sifting through, in order to sort out what could possibly be reconstituted into a post-consumer product in exchange for $6.50 a day, is a shopping bag printed with a plea to recycle it.

The worker, Nguyen Thi Hong Tham, lives in Minh Khai, a riverside village not far from Hanoi, the capital of Vietnam. The place is a plastic colony in every sense of the phrase. Mounds of waste line the streets. Residents work in makeshift structures to turn out “recycled pellets.”

They do this out of necessity. “We don’t have money so we don’t have any choice but to work here,” Tham told The Guardian.

All of this was in the opening salvo of what The Guardian describes as a series called “United States of Plastic.” The problem is that in broad strokes, neither the story nor the problem is new—aside from some of the above-noted developments which mean the problem is getting worse. Same lie, just bigger and more pernicious.

Recycling is a lie we love to tell ourselves. Now more than ever. Since a Chinese ban on imports last year, most US cities have been burying or burning their recycling, generally without telling constituents. We must change our ways.https://t.co/GL1V1KelbW

So what do you do? Reduce and reuse, mostly, and screw recycling? Fewer bottles of black cherry-flavored Canada Dry? It might make you feel good, but it’s just another version of the three-part dance ending in the blue bin. Oil companies need plastic in order to remain profitable. They will produce as much of it as they can, and they will oppose limited efforts to curb plastic waste like plastic-bag bans (which don’t really reduce plastic-bag waste all too much, one study found). Decline a plastic bag for the protein bar and you bought at Duane Reade, and watch the customer behind you accept two. Every time you consume, you contribute to the problem, and every time you recycle, you colonize. Nothing matters. 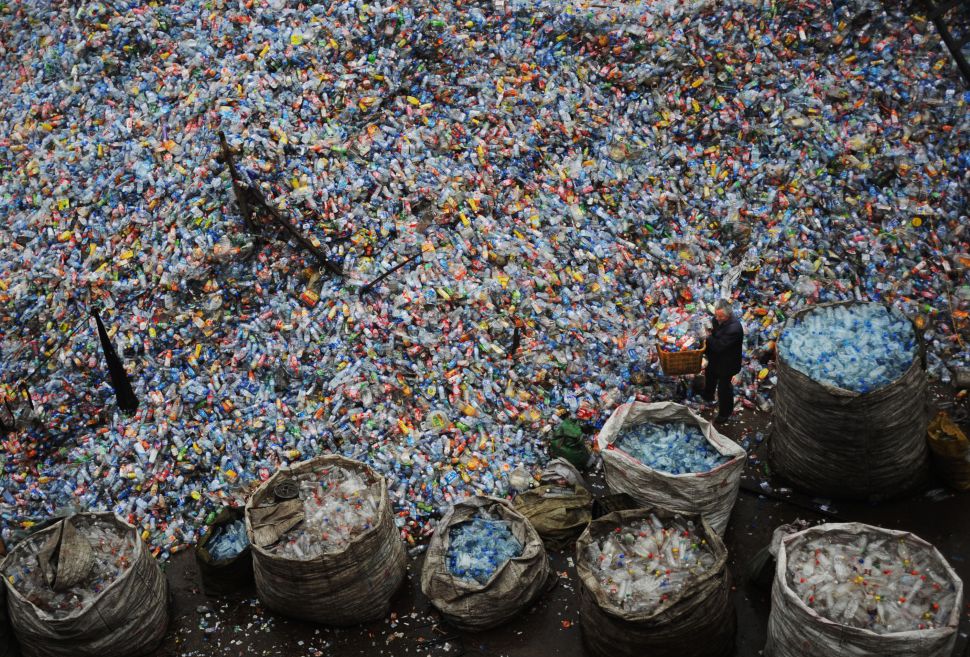