One of the weirdest things about being the child of one or more celebrities has to be knowing that to some people, your life must look entirely predetermined and premeditated—as though you have no true choices to make for yourself. In some ways, this is a totally fair assumption when you’re considering the conditions of inherited wealth. Those who are born into higher income brackets tend to have easier lives, rife with access to health care and sparkling opportunities dangling around them like ornaments on a Christmas tree. What’s fascinating about the condition of the celebrity child in 2019 is that their paths seem to be getting increasingly narrow, as evidenced by certain trends we’ve noticed of late.

When the Varsity Blues scandal catapulted Full House alum Lori Loughlin, her husband Mossimo Giannulli and their two daughters into the headlines, readers around the globe instantly categorized Loughlin as a horrifically pushy stage mom who’d conspired to buy access to an expensive college for her children via nefarious methods.

SEE ALSO: Could Reese Witherspoon’s Daughter Be the Next American Princess?

Notably, their daughters Olivia Jade and Isabella Giannulli also absorbed damage to their brands. Jade, who was (and still is) a prominent beauty influencer on YouTube, lost access to a lucrative endorsement deal with Amazon when the company dropped her during the scandal’s aftermath. Until the news broke that Jade may have gained admission to USC via fraudulent methods, the talented social media maven was posting ads on Instagram which illustrated how she always turned to Amazon when shopping for collegiate dorm products. Whoops! (It looks like Jade has since deleted her Amazon-sponsored posts.)

Sprinkle filled brushes…popsicle lippies….is there anything sweeter than this collab between Museum of Ice Cream & Sephora Collection!? 😍🍦 It’s only avail for a limited time on Sephora.com so make sure to check it out @SC #MOICxSC #SephoraCollection #ad

Now, the Amazon influencer mantle has been taken up by none other than Reese Witherspoon’s daughter Ava Phillippe, who looks uncannily like her mother and who completely embodies the thesis that celebrity children only have so many choices laid before them in 2019: either copy your parents or become an influencer of some sort. In Ava’s case, she’s doing both: Witherspoon is a masterful influencer and business owner who’s as adept with social media as any millennial.

And honestly, it makes sense why celeb children are so committed to establishing their own sources of income: in some cases, their parents are total fuck-ups. Loughlin and Giannulli will be sentenced later in the year, but until proven guilty, the two are floating in a potentially denial-ridden limbo which (of late) involves trips to the pedicurist. Felicity Huffman, who’s also been implicated in the Varsity Blues scandal, and her husband William H. Macy have been putting on a passably normal act recently as well. Influence away, kids. 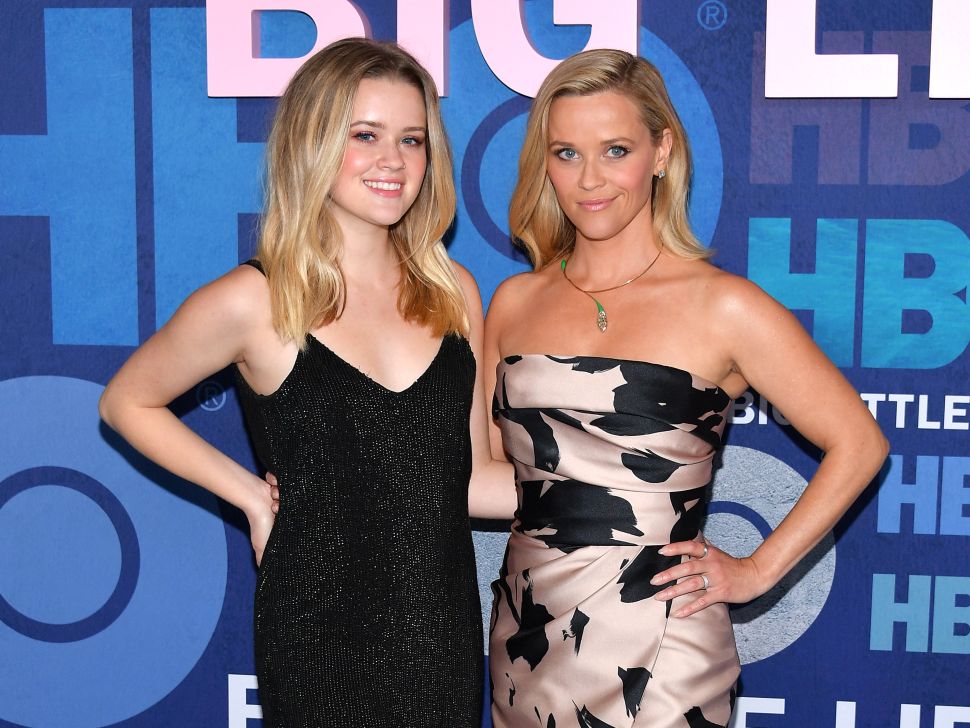