It’s not often that Observer expresses genuine empathy for the rich and famous, but we’ll give it a shot. Probably the most challenging thing about promoting a television show on which you are currently starring is that you’re likely going to have to be universally available for PR-adjacent hijinks during the duration of the season’s run. At the very least, that’s how the status quo appears to be tabulated in 2019. Actors can’t just act and go home to their families anymore—if the series is popular enough, they’ll likely be required to engage in near-constant participation in the online discourse, when they’re technically off the clock. Welcome to the digitized gig economy, celebrities! We’re all trapped here together now.

When it comes to Big Little Lies, the soapy and searing melodrama that’s currently unfolding in one-hour installments on Sunday nights, the online discourse is positively never-ending. That’s partially because the writers seem to have crafted this season of BLL with memes and GIFs specifically in mind, which isn’t necessarily a bad thing.

Regardless, if anyone’s up to the task of near-constant project promotion, it’s Reese Witherspoon, who engages in posting about BLL on Instagram and Twitter with all the verve and energy of her iconic Election character Tracy Flick. Two episodes from the new second season have aired so far, and on Monday, Reese cheerily announced that she was in New York City and asked her followers if they had any recommendations for things to do while in town.

Summertime in the city! Any tips on fun things to do in #NYC? 🗽🚕 pic.twitter.com/TCZusQOzZm

This is charming in and of itself given that Witherspoon, a very wealthy and rigorously scheduled person, probably has already had her itinerary whittled down with mercenary precision. In other words, she’s definitely not going to ride the subway to Rockaway Beach, go for a picnic in Central Park, take in a movie at Metrograph or dance the night away at Bossa Nova Civic Club. (Reese, if you’re reading this, please come to Bossa Nova Civic Club.) It’s also pretty funny to realize that Witherspoon is probably only in New York City so she can have adorably “spontaneous” run-ins with fans of the show, who’ll then post about their encounter and only feel more compelled to tune in.

Again, nothing about this is necessarily bad, but it’s still amusing to think about the meetings that the Big Little Lies stars have had with HBO executives on the topic of promoting the show via rigorous online engagement. Frankly, we’d watch a whole spin-off series that featured Reese Witherspoon trying to explain Twitter and Instagram stories to Meryl Streep. 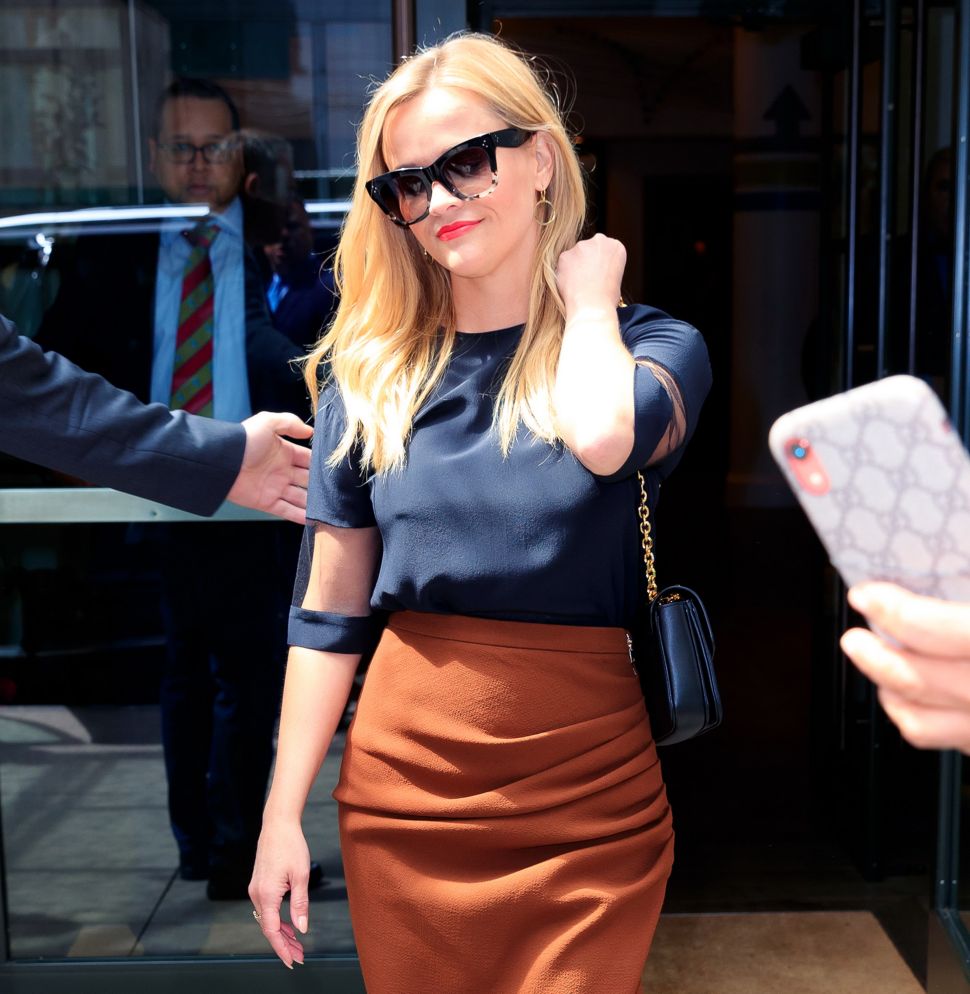