There’s a battle going on, not just between liberals and conservatives, but among conservatives as to where the ideology is going. One faction supports the values America was founded upon, from religious liberty to rule of law and support for republican institutions. The other side is pushing for an established religion that takes no prisoners in a “culture war,” where the call for casualties is real in the South.

David French, a writer for the conservative National Review, has been pushing for a greater defense of American institutions handed down from our Founding Fathers. He believes in the Constitution, the separation of church and state, and religious liberty. As the former president of FIRE (Foundation for Individual Rights in Education), he’s fought and won battles for religious and student groups, with those very same procedures and privileges, like the First Amendment.

You’d think that French would be a hero to the entire conservative community, but that’s not the case. In fact, he’s been sharply opposed by New York Post op-ed editor Sohrab Ahmari (an immigrant from Iran and a recent convert to Catholicism from atheism), who seeks a new America, one less bound by such rights and rules, arguing that it is the only way to win the culture wars.

“Conservative Christians can’t afford these luxuries,” Ahmari writes in First Things. “Progressives understand that culture war means discrediting their opponents and weakening or destroying their institutions. Conservatives should approach the culture war with a similar realism. Civility and decency are secondary values. They regulate compliance with an established order and orthodoxy. We should seek to use these values to enforce our order and our orthodoxy, not pretend that they could ever be neutral. To recognize that enmity is real is its own kind of moral duty.”

Such a “my way or the highway” school of thought concerns defenders of American values. “This is a form of anti-pluralist Catholic political ideology most associated with quasi-fascist governments in Spain and Portugal and political movements in France (Vichy being the example in power) and other European countries” writes Josh Marshall for Talking Points Memo. “The basic thrust is a political vision that prioritizes hierarchical social cohesion and has the government takes a leading role enforcing traditionalist cultural and social values and keeping conservative Christianity as the taproot of the state. Church and state are both on the same team and working, collaboratively, toward the same end. The pluralist vision of the state most of us are familiar with, in which it is a semi-neutral arbiter between lots of different visions of how people should live their lives, is anathema.”

Actions Are Speaking Louder Than Words

Prepping for a zealot’s war has other conservatives worried as well. “The First Thingsers believe conservatives should take a different approach and… do what, exactly?” writes Robby Soave for the conservative publication Reason. “Start punching leftists? Form some sort of theocratic street squad that terrorizes librarians who invite drag queens to read to kids?”

Ahmari doesn’t say, but there are some public officials who have their own idea about how to fight those they don’t like. “We live in a society where homosexuals lecture us on morals, transvestites lecture us on human biology, baby killers lecture us on human rights and socialists lecture us on economics,” Mark Chambers, the mayor of Carbon Hill, Alabama, wrote on Facebook. “The only way to change it would be to kill the problem out. I know it’s bad to say but without killing them out there’s no way to fix it.”

Chambers initially denied writing it, then claimed his Facebook account was hacked, and then said it was supposed to be a private email, and then proudly defended those words, before he apologized. But he’s hardly alone.

A Knoxville, Tenn. law enforcement officer and pastor of the All Scripture Baptist Church reportedly “gave an hour-long sermon to his congregation about believing that all levels of government should arrest, try, convict and ‘speedily’ execute members of the LGTBQ community on no more grounds than a cell phone photo of a person participating in a Pride event,” wrote Knox News.

With a promise of a conviction and speedy execution, one wonders why he called for a trial.

Just as there are those who care about what America was founded upon, this Knoxville sermonizer is opposed by preachers who care what Christianity is really based upon. “It’s completely contrary to the teachings of Jesus who said that you love the Lord your God with all your heart, your soul, your mind and you love your neighbor as yourself,” wrote a Nashville Methodist pastor for USA Today. “It’s contrary to the Golden Rule to do unto others as you would have done unto you. I would say it’s contrary to the main Jewish and Christian teaching.”

When writing about his life in his former country decades ago, the new convert Ahmari told the Catholic World Report earlier this year, “The environment in Iran was miserable. It is an oppressive theocracy, with messianic ideas about its place in the world. Iran had unwisely gone to war with Iraq, and the economy was in a shambles. We were paranoid about the secret police. My parents drank, and we watched Western movies, which are against the rules. You always have a fear about the morality police, or morality committee, coming after you.” 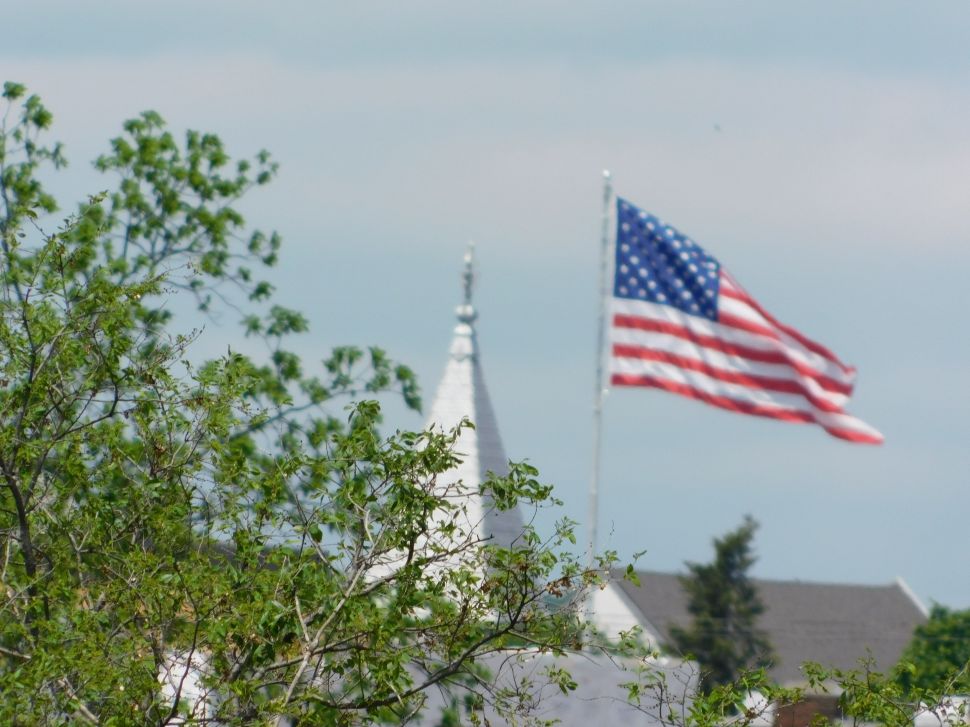