The fancy car labels have certainly been busy putting on a green face lately. Audi and Mercedes are preparing to launch their lines of electric vehicles. Despite its many troubles, Tesla remains the go-to-brand for tech-industry climbers. And I got an email this week proudly announcing that Jaguar and BMW are partnering on electric motors. They say that “ACES” (Autonomous, Connected, Electric, Shared Ownership) is the future of personal transportation.

All that may be true. Someday, the ultimate luxury may be not owning a gas-powered car at all. But here on the ground in Texas, and in most other places, true vehicular status remains as big and wasteful as ever.

We live in the age of ultra-luxury SUVs. When Porsche introduced the Cayenne a few years ago, it seemed like a massive indulgence, but now it’s a weekend car for junior executives. A mere $79,000 behemoth is a toy for the plebes. You can go way higher on the SUV scale.

No leather can be too luscious, no sound-system too loud, no engine too powerful for this genre of land destroyer.  The Lamborghini Urus and Bentley Bentayga top out at more than $200,000. Range Rover competes with them with its “Autobiography” edition. Maserati has introduced the Levante. Next year, Aston Martin will debut its DBX. Videos of it surging around the Nurburgring in Germany show it’s going to be very loud. In May, Mercedes will be building a Maybach version of its GLE to compete in this insane arena.

But, as always, Rolls-Royce is the last word in ultra-luxury. Last week they dropped a Cullinan off in my non-luxury driveway for a couple of days. Rolls refuses to use the term “SUV.” That would be gauche. They prefer “High-sided vehicle.” It certainly had high sides, and a high front, with its signature massive grille.  As a friend of mine put it, “I guess they have cartoonists designing Rolls-Royces now.” It was like a Rolls, but jacked on ‘roids. Everything in the vehicle was high, except the driver.

This car, in an opulent “Magma Red,” listed at $325,000 base. But this car had active cruise control, twin TV screens in the backseat, a “Spirit of Ecstasy” hood ornament that receded into the hood when I locked the car, monogrammed leather seats, lambswool foot mats, fold-out picnic tables, a bespoke audio system, and a $2,600 “Gas Guzzler” upcharge. The 12-cylinder engine revs to 563 horsepower, and gets a corporate-criminal 14 miles to the gallon. It’s the first word in global economic inequality.

You can drive any modern Rolls as fast as you like, but the whole point is insouciant, uncaring leisure. The cars are supposed to waft along the road, regal and untouchable. On a Tuesday afternoon, my wife, Regina, and I, along with our privileged dog, Briar, took the Cullinan for a pleasant hour-long stroll through the Texas Hill Country to a nice little lunch place she ate at once with her mother.

From the moment we got the Rolls out of the neighborhood, we saw the point of ultra-luxury. With the Spirit of Ecstasy popped out of the hood, people were literally leaning out of their windows to gawk and take photos of this rare beast in the wild. At a construction slowdown, the worker holding the sign waved me through, like I didn’t need to be bothered by something as mundane as the law. As I drove along in my shirt that I bought at Old Navy, a guy hung off the back of a pickup truck, whistling and giving me a thumbs-up, as if to say, “you win the Game Of Life.”

Regina and I cruised along the country roads, the classic jazz XM station on very lightly in the background. The car floated, not caring about anyone or anything. It was a magnificent, wasteful beast. I loved it, but I felt like an imposter, the Talented Mr. Ripley without the murdering bit. How could anyone actually own one of these? They’d have to keep it in a climate-controlled hangar.

The next day, before they came to pick up the Cullinan, Regina had to take our Prius to the neighborhood mechanic for its emissions check. I came to pick her up in the Rolls. The mechanics stood there gaping. “It’s not mine!” I shouted. “Don’t overcharge me!”

“Let’s get out of here,” Regina said. “This is embarrassing.”

“Dude,” she said, “we are not parking a Rolls-Royce at Trader Joe’s.”

She had a point. Our middle-class neighborhood lies on the edge of a somewhat fancier area called Barrington Oaks, but it’s still more of an Audi neighborhood than a Rolls-Royce neighborhood. Rolls-Royces don’t have neighborhoods. They live on estates. Still, for the 48 hours we had the Cullinan, I occasionally felt like Lord Barrington.

Because that’s who’s in the market for these ultra-luxury SUVs: actual royalty. Most Silicon Valley types won’t be caught dead in something that’s not a sports car or electric. China’s wealthiest barons are going electric as well. These are cars for sheiks and dukes and oligarchs. The Cullinan is definitively for the ruling class. 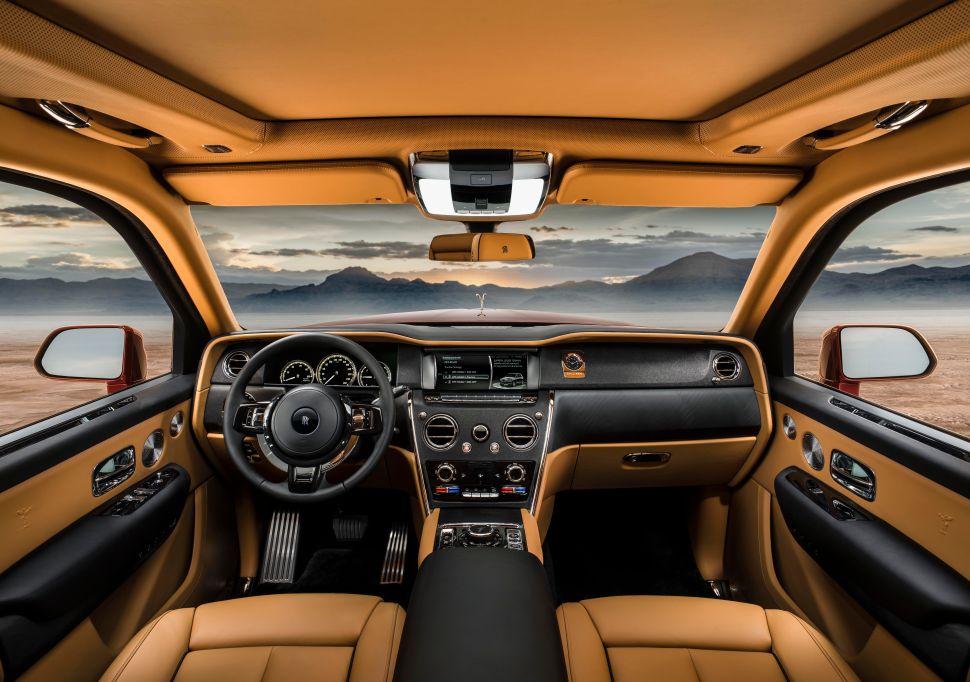