I’m sure many readers of this article have never heard of the retailer Scheels; you’re not alone. However, sooner rather than later, Scheels will become a very well-known name in retail, especially for consumers shopping for sporting goods and outdoor leisure products like guns, fishing equipment, tents and boats. In fact, I believe Scheels is on its way to becoming one of the largest and most dominant stand-alone sporting goods and outdoor leisure retailers in the U.S. Currently, Dick’s Sporting Goods, Academy Sports and Bass Pro Shops are the leaders in those categories.

How Scheels All Began

To understand the Scheels of today, we must first go back in time to 1902. According to information provided by Scheels, the company was started when a German immigrant, Frederick A. Scheel, purchased a hardware store in Sabin, Minnesota. Although primarily experienced in farming, Scheel proved be a deft businessman by opening Scheels stores in surrounding communities.

SEE ALSO: Will Target’s Next Big Move Be a Merger With Kroger?

Scheels expanded into sporting goods in 1989, opening a store in Fargo, North Dakota. In 2008, Scheels opened the world’s largest sporting goods store in Reno-Sparks, Nevada. Currently, Scheels has 27 locations in 13 states, including North Dakota, Illinois, Iowa, Minnesota, South Dakota, Montana, Wisconsin, Nebraska, Nevada, Utah, Kansas, Colorado and Texas. Scheels is gearing up for its largest location ever. In 2020, it will open a store in The Colony, Texas (I recently visited the construction site of the Scheels store; the company couldn’t have picked a better location), and in 2021, Scheels is set to open its 29th location in Colorado Springs, Colorado.

Scheels is based in Fargo, North Dakota. (I’ve been to Scheels’ headquarters, and I’ve shopped in their stores many times.) I refer to Scheels as “the Quiet Company,” as Scheels does little promotion outside the local markets where it operates stores and the name Scheels is rarely mentioned by the press. In fact, it’s rare that I meet someone who has ever heard of the company. Make no mistake, however, just because Scheels isn’t well-known doesn’t mean that Scheels won’t eventually become the largest sporting goods and outdoor leisure retailer in the U.S. in terms of sales. (Scheels does not have to operate the same number of stores as its largest competitors to eventually generate more revenue on an annual basis.)

What makes the company unique is that the Scheels is an entertainment and technology company disguised as a retailer. After researching the major stand-alone retailers in the sporting goods and outdoor leisure categories, none of them offer a better customer experience than Scheels. (I visited stores from every retailer I listed in this article.) The future of retail is providing consumers with an exceptional immersive experience backed by content and a flawless digital experience. Scheels is ahead of the curve compared to its competitors.

In addition, circumstances beyond retail are working in favor of Scheels. For example, several retail analysts that I spoke to while researching this article all mentioned Dick’s Sporting Goods CEO Ed Stack’s decision to stop selling assault weapons and pulling guns and ammunition from 125 stores as an example of how not to run a company. According to the analysts, the 2020 presidential election will have a significant impact on sporting goods and outdoor leisure retailers. If Trump appears vulnerable in 2020 and a Democrat can potentially win the White House, and if illegal immigration and violent crime continue to increase, gun sales will skyrocket to their highest levels in years (if not their highest levels ever). Sales at Scheels are expected to increase at a higher level than its competitors due to Scheels better customer experience and Scheels’ ability to meet the gun needs of customers much better than Dick’s, Academy Sports, Bass Pro Shops and Walmart. Analysts expect Scheels to accelerate store openings between 2020 and 2024.

Analysts are also watching closely to see how much market share Scheels siphons away from its competitors as the company continue to open its massive stores. Scheels’ business model—and the fact that Scheels spends so much time training its store associates to be experts in the categories they serve—has resulted in an exceptional customer experience. The analysts I spoke with were unanimous in their opinion that Scheels offered the best retail experience of any sporting goods or outdoor leisure retailer operating today. I agree.

The Future of Scheels

I expect that Scheels won’t make many changes to its stores other than continuing to leverage technology to better understand consumer behavior and personalize the shopping experience where possible. Scheels has room for improvement in its digital capabilities, and as more stores are added, optimizing the supply chain and logistics will become even more critical. However, I anticipate that Scheels will go big into virtual reality (VR) not only to assist its customers with shopping but to also provide customers with entertainment. Virtual safaris, scuba diving, mountain climbing and playing sports are just a few of the activities that are ideal to experience in VR. As I stated earlier, Scheels is an entertainment company disguised as a retailer. The entertainment factor (VR, media, original programming) will have to continue to increase.

The big unknown at this time is whether Scheels will be acquired. Although Scheels is a private company, being acquired isn’t beyond the realm of possibility. I don’t anticipate a competitor of Scheels making a play for the company. Instead, I anticipate that Berkshire Hathaway will be first in line to acquire Scheels, if the Scheels family ever decides to sell.

There is also the possibility that Scheels will acquire a company or choose to merge with a company in a partnership of equals. I am convinced the best company for Scheels to acquire or merge with is the Duluth Trading Company. Will it happen? It’s certainly possible. Based on how well the Duluth Trading Company is doing in terms of sales and growth, however, I wouldn’t be surprised to see Walmart, Target, Costco or Berkshire Hathaway acquire the company.

What’s certain is this: Scheels, a retailer most people have never heard of, has a tremendous future in terms of growth and revenue. If Frederick Scheel could see what has become of the company he started in 1902, he would be astonished. 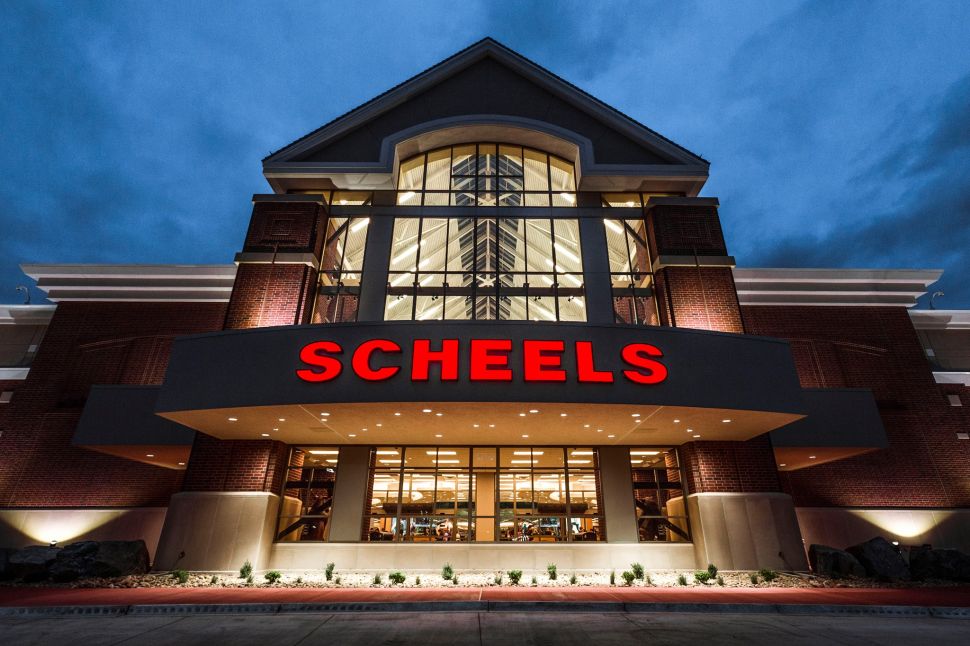