Former Broward Sheriff’s Deputy Scot Peterson—the security response officer at Marjory Stoneman Douglas High School, and the only armed person assigned to the school on Feb. 14, 2018—was arrested on Tuesday. He faces 11 criminal charges of neglect of a child, culpable negligence and perjury, according to The New York Times.

Peterson is being charged not for what he did—but for what he didn’t do, which was intervene when a school shooter went on rampage and killed 17 people and wounded 17 others. Peterson was arrested after a 14-month-long investigation.

Immediately following the Parkland massacre, the National Rifle Association (NRA), along with President Donald Trump, stated that the solution to mass school shootings such as this was to arm the teachers, relying on their oft-used nursery rhyme of a cliché: “The only way to stop a bad guy with a gun is with a good guy with a gun.”

OK, so this is going to be a little hard to follow, in regard to the case of Peterson, but stay with me.

Do you follow? I know, the NRA and their statements make it a bit confusing.

The Florida Department of Law Enforcement determined that Peterson “did absolutely nothing to mitigate” the shooting. Peterson neglected his job at the Parkland high school and stayed outside of the building while the shooting was going on in the hallways and classrooms.

Peterson is being held responsible for deaths at Marjory Stoneman Douglas High School. Yet, the NRA holds no responsibility and has not been made accountable for any deaths due to policies and laws that they foster through; where mass shootings in America have become a weekly past time. Nikolas Cruz legally bought the AR-15-style rifle he used in the massacre. Cruz also cleared an instant background check via the FBI criminal database—despite having a disturbing history of mental health issues.

It still puts a pit in my stomach, remembering afterwards when Trump met with Parkland survivors and the look on traumatized students’ faces when he suggested that the solution might be to arm teachers.

As it stands, Cruz and Peterson are allegedly linked as the co-responsible parties behind the Parkland shooting deaths. Meanwhile the NRA remains unscathed—and it’s business as usual. 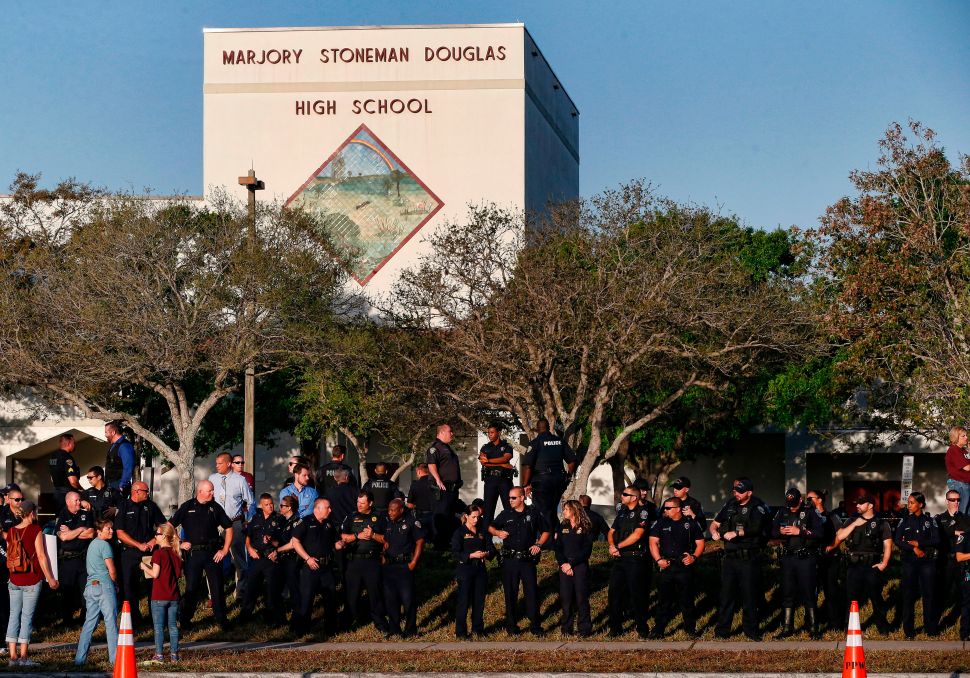