Facebook’s Sheryl Sandberg has been on what appears to be a damage control tour lately.

The chief operating officer is currently touring Europe amid her company’s scandal-ridden public image crisis. While Facebook is dealing with issues ranging from antitrust to election interference, the COO remains one of its most trusted executives.

SEE ALSO: Everything You Need to Know About Facebook’s New Crypto Token

In between attending “Lean In” meetups, Sandberg’s European trip has so far included multiple public appearances on behalf of Facebook and its commitment to user safety and cooperation with regulators. One of her stops was at this month’s Cannes Lions conference, where she spoke to a packed audience of advertising industry members. As Fast Company noted, while CEO Mark Zuckerberg continues to be riddled with scrutiny, Sandberg’s presence among advertisers has had a much-needed positive reception.

She also added that for the upcoming 2020 election, Facebook plans to be “as prepared as we possibly can.”

Sandberg’s next stop was in Italy, where she met with Italian Prime Minister Giuseppe Conte on Wednesday to discuss “how technology is impacting communities around the world,” and specifically working with the Italian government. The visit comes amid the European Union’s mounting pressure on Facebook to overhaul its policies following last year’s Cambridge Analytica scandal, among others.

In a post on her Facebook page, Sandberg wrote that she and Conte also “discussed the challenges facing the internet and our company and what Facebook is doing to keep people safe. We know we have more to do and working with governments around the world is key to making progress.”

While she’s pushed back on proposals to break up Big Tech, Sandberg’s enthusiasm for regulation has helped make her an indispensable ambassador for the company amid tension with governments worldwide. 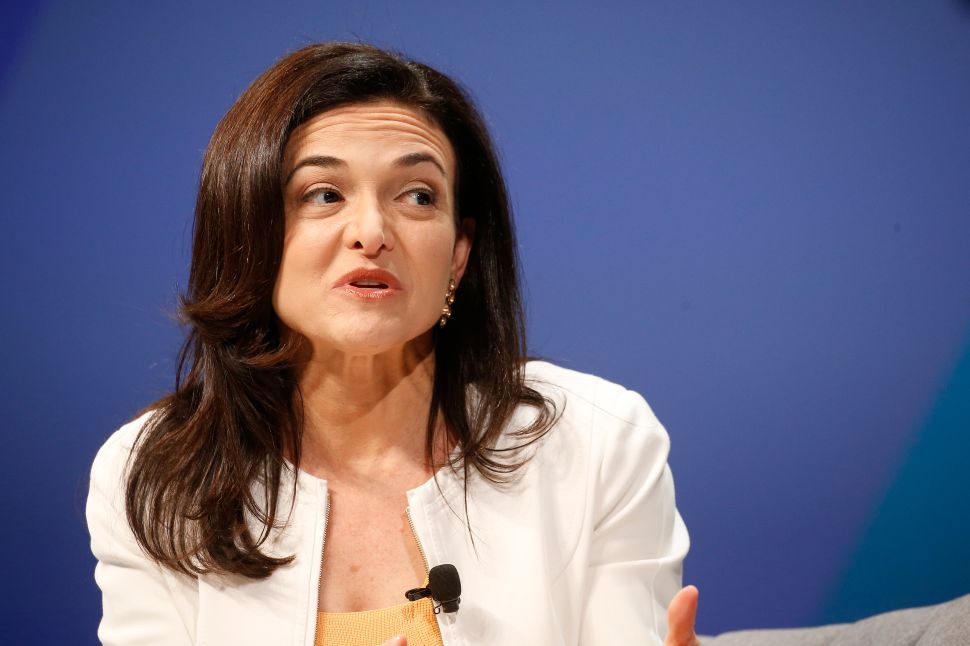