The tech IPO frenzy of 2019 has gone so overboard that some overly excited investors have apparently lost track of what exactly they are buying.

As the latest in a string of hotly anticipated IPOs, workplace messaging app Slack was set to make its debut on the New York Stock Exchange (NYSE) Thursday morning. But before Slack shares were open for trading, a completely unrelated company on the Stock Exchange of Thailand was seeing an unusually high trading volume—because the company happened to have the same ticker symbol as Slack: WORK.

The company in question is Workpoint Entertainment PCL, a Thai media company. Its stock surged 2.9 percent Thursday morning with about 16.4 million shares changing hands. The amount was more than three times its average daily volume of 5.3 million shares.

According to Dow Jones’ MarketWatch, the quote page of Workpoint Entertainment stock got more than 1,000 readers Thursday morning, putting it among the top pages in the site’s daily traffic.

Stateside, the real Slack debut had no shortage of its own success. Shares popped over 50 percent upon opening for trading mid-day, valuing the company at over $20 billion.

Slack filed its IPO at the beginning of this year through what’s called a “direct listing”—without the traditional hiring of investment banks as underwriters. This approach is increasingly popular among tech unicorns considering going public, including Spotify, for its benefit to save middle-man fees and to allow existing shareholders to skip a “lock-up period” before they can cash out their holdings. 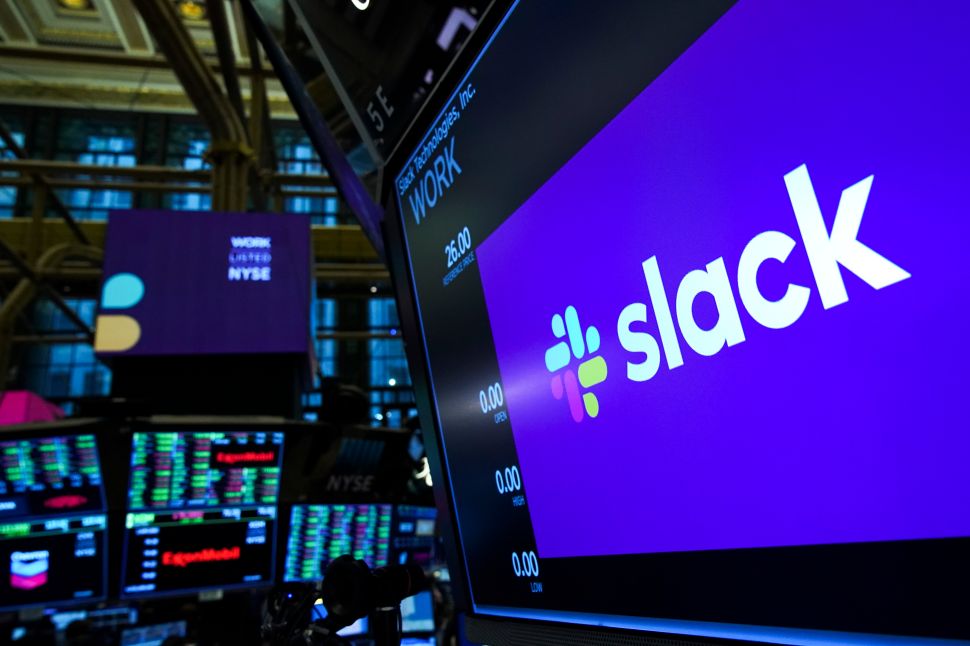