It just got a whole lot easier to bring a little bit of Soho House into your own home. The members-only club is officially launching its interiors and decor collection, Soho Home, in the United States.

Soho Home has been available online in the U.K. for a few years, but it’s coming stateside on June 5, with a warehouse in the U.S.

“We started Soho Home because members always ask us where they can buy the things they see in the Houses,” Soho House founder and CEO Nick Jones explained. The collection is inspired by Soho House’s own interiors at its locations around the world, and the line is composed of over 1,000 pieces, ranging from furniture to tableware to textiles to accessories.

Soho Home really does let you bring home every bit of your visit—if you loved your stay at one of the hotels, you’re in luck, because now you can buy the exact mattress, sheets and pillows used in the Houses. There are also breakfast bowls, bathrobes, glassware, couches and pillows.

In addition, there are collections created for certain house openings, like Dumbo House, Soho House Barcelona and Soho House Amsterdam.

The line is already much-loved in the United Kingdom, and one of its biggest fans is none other than Meghan Markle—the Duchess of Sussex reportedly employed Soho House designers to help her out with her royal home interiors, and she’s already scooped up items from Soho Home, like a tea set and plates she used to make her Tig-approved avocado toast.

The Soho Home furniture definitely tends towards the pricey side (oh, hello $14,000 couch), but there are also pieces in the $12 to $60 range, like chic tableware. And don’t worry, if you’re dying for a Duchess-endorsed plate but aren’t a Soho House member—Soho House is available for everyone to shop. 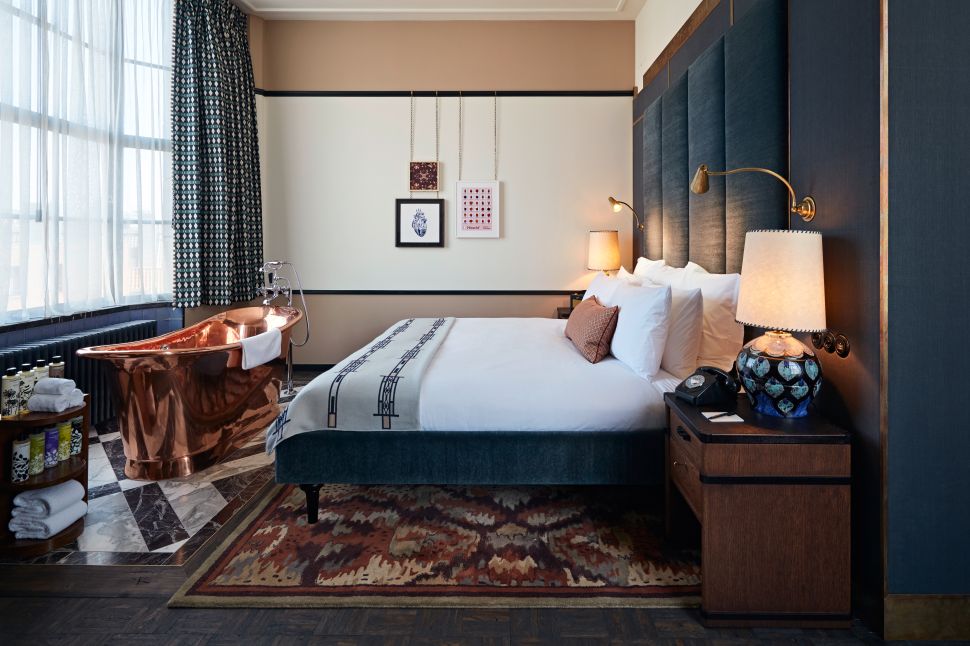