It’s really starting to look like Sophie Turner and Joe Jonas’ wedding is happening any day now. While the Game of Thrones actress and the JoBro already technically tied the knot in a Vegas wedding back in May, the two did disclose that they will be having a second, more formal wedding surrounded by all their family and friends in Paris at some point this summer…and that time might be now.

Turner and Jonas are currently in Paris, the location of the aforementioned nuptials, and now all their friends (ahem, wedding guests) have jetted off to the French capital. Sure, it is Paris Men’s Fashion Week at the moment, for which the musician has attended a few events, but now that Priyanka Chopra, Nick Jonas, Wilmer Valderrama and more have descended upon Paris, it seems like a wedding is in the very near future.

In a somewhat strange turn of events, none other than Dr. Phil may have given away the actual wedding date, as he commented on Turner’s Instagram post, “Easy now! 1 week to go! Ha! See you at the wedding!” It’s not exactly who we expected to know the intimate details of the Jonas-Turner wedding, but sure.

It is perfect timing, considering both Jonas and Turner recently embarked on lavish bachelor and bachelorette parties.

Not that they’re slowing down before the wedding—actually, they’re going the exact opposite route of taking it easy. The crew that has already assembled in Paris is now spending the day on a private boat gliding around the Seine, with a whole lot of Ruinart champagne popping—maybe there’s a new JoBro music video in the near future.

Turner and Jonas have already embraced their true tourist selves, with coordinating selfies at the Eiffel Tower and a quick photo shoot in the Jardin Du Tuileres where the musician showed he can be an Instagram Husband, too.

The city of love 🇫🇷

Now that we’re at the final wedding countdown (per Dr. Phil, let’s say a week), expect more of Jonas and Turner’s pals to make their way over to Paris in the next few days—Maisie Williams should arrive soon, since she is the expected maid of honor, and the rest of the GoT cast. We wonder when Diplo is getting there—we’re assuming he won’t be Instagram live-streaming the nuptials this time around. 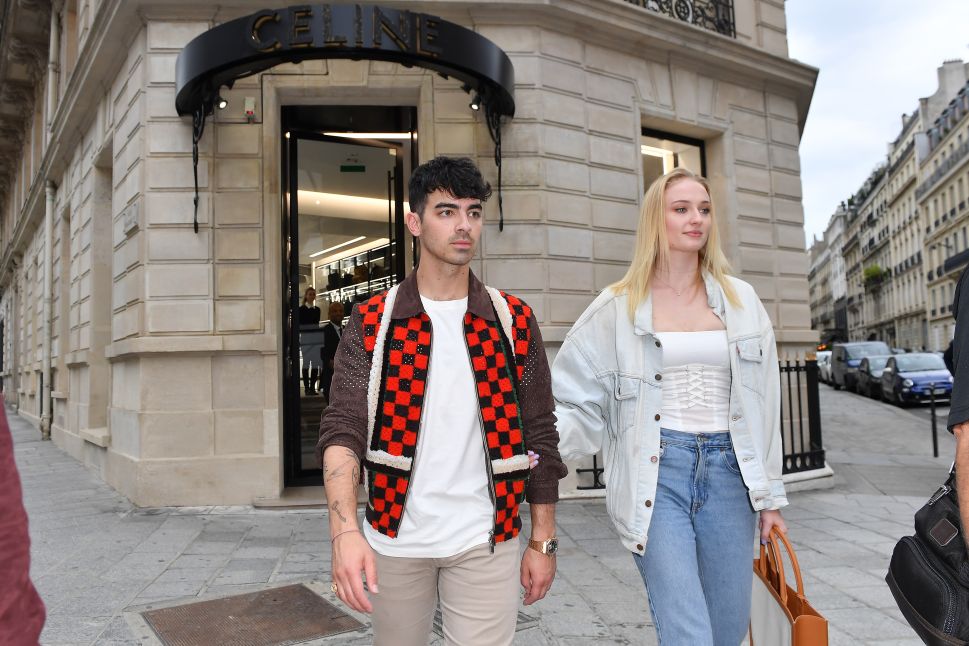