In an unprecedentedly busy year of IPOs, some longtime public companies have chosen to go back to private status.

On Monday, art auction giant Sotheby’s announced that it has signed an agreement to be sold to French media tycoon and art collector Patrick Drahi, ending the auction house’s 31-year history as a public company on the New York Stock Exchange (NYSE).

Drahi will acquire Sotheby’s through his investment firm, BidFair USA, in a deal valued at $3.7 billion, paying the auction house’s stakeholders $57 per share in cash, a 60 percent premium over Sotheby’s shares’ closing price on Friday.

“Sotheby’s is one of the most elegant and aspirational brands in the world,” Drahi said in the statement. “As a longtime client and lifetime admirer of the company, I am acquiring Sotheby’s together with my family. With my family, we are very enthusiastic to build together, with its current management and their teams, the future of Sotheby’s, a fascinating and multi-secular company with such a celebrated history of uniting people all over the world through culture and arts.”

Drahi is the president of multinational telecom conglomerate Altice Europe. As of this month, Forbes estimated his net worth at $9.1 billion, ranking him among the 200 richest people in the world.

“Patrick Drahi is one of the most well-regarded entrepreneurs in the world, and on behalf of everyone at Sotheby’s, I want to welcome him to the family,” Sotheby’s CEO Tad Smith said in a press release. “This acquisition will provide Sotheby’s with the opportunity to accelerate the successful program of growth initiatives of the past several years in a more flexible private environment.”

CNBC journalist David Faber, who first reported Sotheby’s selling mode earlier this month, said going private could give Sotheby’s more flexibility to explore growth strategies that would otherwise be seen as too risky in the eye of public shareholders.

“Someone on management [team] says it has been hard to really move the ball down the field here in terms of really exploiting all the data they have. They know everybody who bid on something and didn’t win. Could they help finance people? There’s a belief that there’s lot more data they could be using,” Faber said on CNBC’s Squawk on the Street Monday morning.

LionTree Advisors is serving as financial advisor to Sotheby’s. 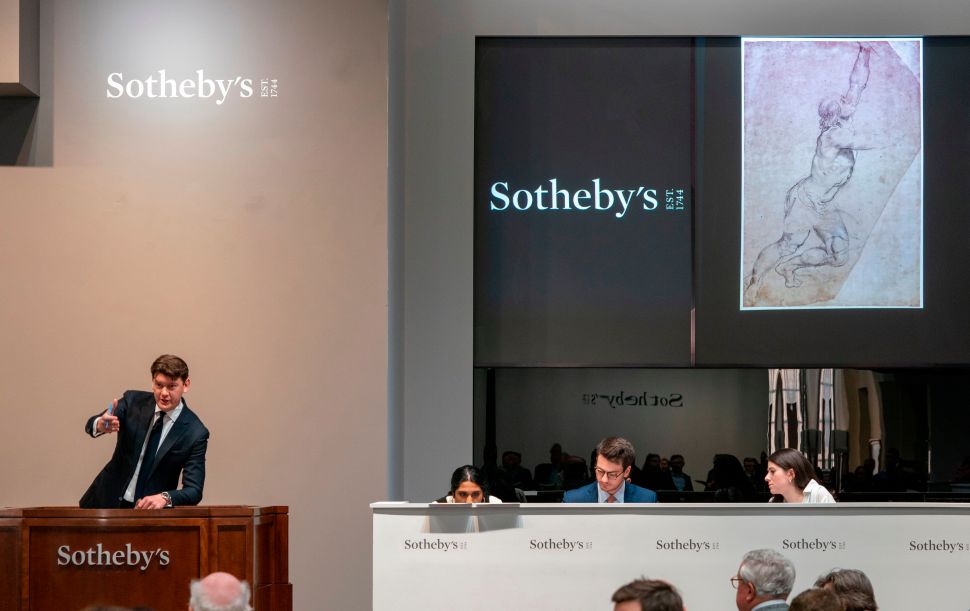