Will Spider-Man enjoy an Avengers bump?

Following 2012’s The Avengers, each solo movie in the Marvel Cinematic Universe saw an increase in box office gross, most notably when Robert Downey Jr.’s Iron Man 3 became the first MCU standalone to cross $1 billion. In fact, every single solo sequel in the MCU has out-grossed its direct predecessor. Now, after Tom Holland’s Peter Parker enjoyed a widely praised arc in Avengers: Infinity War and Avengers: Endgame, his sequel is on the horizon. What should Marvel Studios, which holds creative control, and Sony Pictures, which handles marketing and distribution, expect from the web-head at the box office?

Spider-Man: Homecoming opened to $117 million in its 2017 debut en route to $334 million domestic and just north of $880 million worldwide. According to early tracking projections, per Variety, Spider-Man: Far From Home is gearing up for a similarly lucrative run. The sequel is currently projected to earn $154 million during its first six days of release as it opens on the Tuesday before Independence Day and takes advantage of the holiday. Homecoming earned just north of $144 million in its first six days.

It’s worth remembering that tracking projections are an inexact science and that the numbers may change in the weeks leading into Far From Home‘s release. But a seven percent rise in ticket sales could help propel the film to new heights. Under this assumption, Far From Home could score an opening weekend of roughly $125 million. If it plays like Homecoming, which posted a 2.8x domestic multiplier—the multiple of the film’s final domestic gross to its debut numbers—that could lead to around $350 million domestic.

Generally speaking, the MCU blockbusters tend to earn 35 percent of their worldwide gross in North America with the other 65 percent coming from foreign markets. Homecoming, for example, earned a 38/62 split. Applying the same pattern to Far From Home would net the film over/under $743 million overseas for a worldwide total of $1.09 billion.

That doesn’t sound too crazy to us.

Spider-Man: Far From Home will swing into theaters July 2. 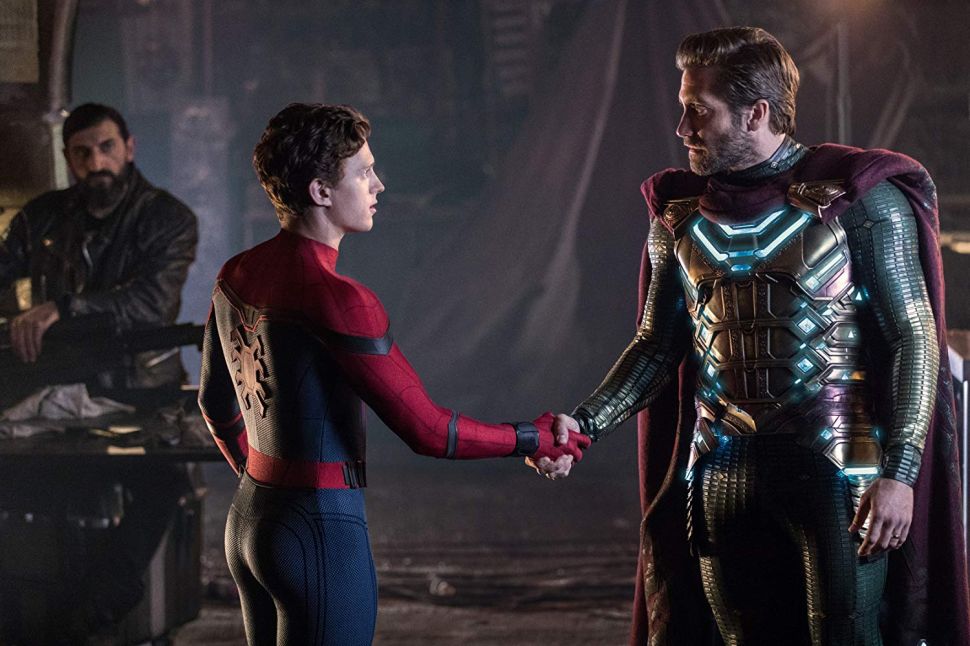