In his new movie, Spider-Man wears a lot of spider-suits.

When we first see the character (played once more by Tom Holland), he is in a shiny suit from Stark Industries that makes him look like a Mylar balloon you might pick up at the zoo or a hospital gift shop. At that point, Spider-Man is the special guest at a charity event hosted by his Aunt May (Marisa Tomei) to benefit survivors of “The Blip,” the cutesy name the movie gives to the evaporation of half the population and their re-emergence six years later unchanged—events covered in the previous two Avengers movies. When he’s not using it, the suit lives in nebulous form in a sort of mini fridge in the Queens apartment he shares with May.

SEE ALSO: Will ‘Spider-Man: Far From Home’ Outdo ‘Homecoming’ at the Box Office?

There is the self-sewed version that collects dust in his closet, a relic from simpler times. There is the seemingly spandex one that his concerned aunt sneaks into his suitcase, just in case, before he embarks on a school trip to Europe. (Ostensibly, they are going on a science trip, but it is as much a science trip as Spider-Man: Far from Home is an art film.)

There is the black cat burglar suit he wears while slinging webs in Europe to keep his classmates—like his nosy and suspicious love interest MJ (Zendaya, once again doing disaffected chic)— off his trail. Former S.H.I.E.L.D. director Nick Fury (Samuel L. Jackson, who is portraying the character for the third time so far this year and is starting to look exhausted) procured this edition for him.

Finally, there is the super high-tech rendering. It’s got a Spider-parachute and base jumping wings, and Peter designs it to his own specifications while flying in a Tony Stark jet to a gigantic final CGI showdown in London, after we have already witnessed smaller CGI showdowns in Mexico, Venice and Prague.

All the suits are different, I guess, with different capabilities and serving different functions within the twisty story spun by director Jon Watts, returning from last summer’s jaunty Spider-Man Homecoming. But for all their differences, you are struck by their sameness—and the sameness of the whole enterprise.

The jokes feel the same—coming at an identical rhythm and pace as before. We have seen the bloodless action before, as we have the apparently victimless landmark toppling. Even the mind-stretching, LSD-influenced reality bending that Peter experiences halfway through the film we’ve seen executed with more verve and audacity in Spider-Man Into the Spider-Verse, which popped up on Netflix just ahead of the release of this movie.

Even when you take into account the perhaps unexpected story turns that those who arduously avoid spoilers can look forward to, the number of surprises and innovations is small. Part of the problem is how soft-edged the film is, when the ideas it explores—for example, how the machinery of storytelling used in the media and in spectacle moviemaking have become tools of war—require something far edgier. If ever a superhero movie needed a top-to-bottom script polish by David Mamet, it’s this one.

Jake Gyllenhaal is one new addition that feels fresh. Playing one of a pair of uncle figures meant to fill the Iron Man-sized whole in Peter’s life (the other is Jon Favreau, who has designs on his aunt) Gyllenhaal effectively plays many levels of his character all at once. He seems like he is the only one who is having as much fun as all of us had during the last Spider-Man movie.

If you are looking for jaw-droppers in Spider-Man: Far From Home, you will have to wait until the end, or rather, after the end. A pair of high impact post-credit sequences have major implications for both the film that preceded them and the countless ones forthcoming.

The bits are so resonant, in fact, they even give Toy Story 4’s remarkable post-credit sequences a run for their money. Unlike the Pixar movie, these credits had no list of “production babies” born during the making of the film (always a favorite) at the end of its epic scroll; instead it lists the many comic book writers and artists on whose work these glittering castles of gold are built. But then, they probably churn these movies out too quickly for there to be many production babies—faster even than Peter comes up with new Spider-suits.

These films keep coming and coming: some shiny, some dark, some with new tech, some merely functional. Look beyond the costume changes, and Spider-Man: Far from Home shows just how streamlined and reliable the process has become. At this point, they are less a product of the Hollywood dream factory than they are of Mr. Ford’s assembly line—no longer things of wonder but models of consistency and met expectations.

If Spider-Man Far from Home is a triumph, as many will argue and its box office will undoubtedly confirm, it is a triumph of capitalism, not art. It is the film’s fervent hope that we, as consumers, are starting to lose our ability to tell the difference. 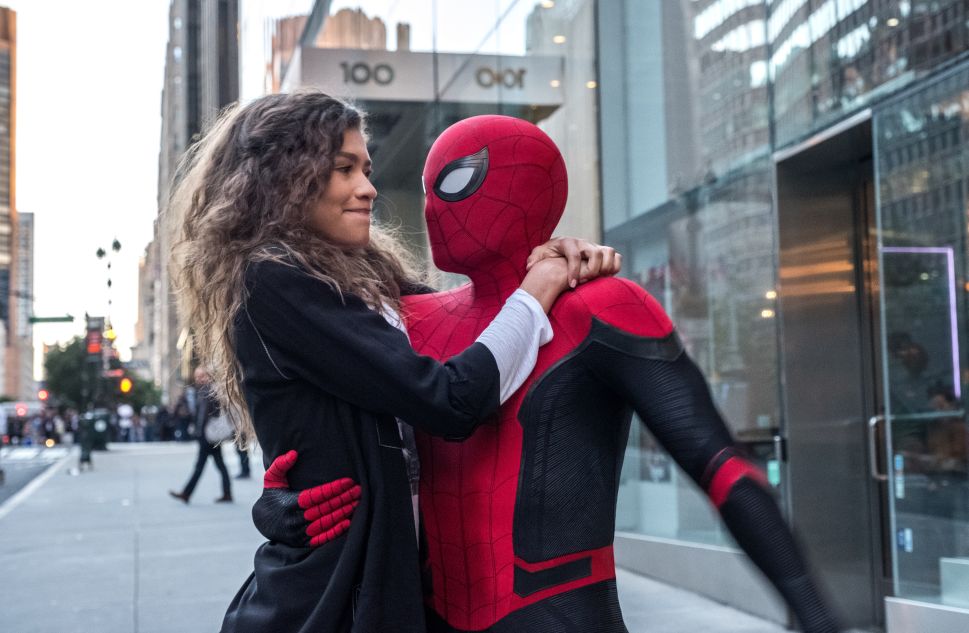