As the first feature in the Marvel Cinematic Universe to follow the mammoth Avengers: Endgame, Spider-Man: Homecoming will likely enjoy a nice box office boost when it swings into theaters. But will the movie close out Phase III of the MCU in satisfying fashion?

Tom Holland’s introduction as the beloved web-head in 2016’s Captain America: Civil War was met with widespread praise. Both Tobey Maguire and Andrew Garfield’s versions enjoyed their fair share of moments, but Holland’s age-appropriate Peter Parker felt like the most authentic iteration of Stan Lee’s original creation. That feeling only grew with the pitch-perfect Spider-Man: Homecoming and the character’s emotional arc across Avengers: Infinity War and Endgame. Now, it appears as if Far From Home, which co-stars Jake Gyllenhaal as the comics character Mysterio and features Samuel L. Jackson once again as Nick Fury, has kept the momentum going.

The social media embargo for the film, which is handled creatively by Marvel Studios but marketed and distributed by Sony Pictures, just lifted and the first reactions are almost unanimously positive. Check out what the critics are saying below.

#SpiderManFarFromHome! What a fun, solid sequel. Tom Holland so incredibly charming, will watch him in any/all things. Jake Gyllenhaal gets way more to do than expected, clearly had a ball doing it. Also still loving Zendaya's MJ.

#SpiderManFarFromHome is funny, exciting, romantic, goofy & follows HOMECOMING in being this brilliant ground-level look at Spidey's world & how the events of #AvengersEndgame impacted everyday life. Lots of twists & turns, plus some adorable summer romances, too. I'm a big fan pic.twitter.com/NUX0f8YFM0

#SpiderMan #FarFromHome is an absolute home run. It’s SO much fun. It’s huge in itself and for the future of the MCU in the most surprising ways. Tom Holland, Jake Gyllenhaal, just a lethal, awesome combo!!

I cannot wait to see this movie again. And again. pic.twitter.com/0hYJvKkdjN

Ok friends. #SpiderManFarFromHome is jaw dropping. First half is a lot of fun, coasting on the good vibes of the HOMECOMING cast. But that second half is EXTRAORDINARY, delivering the BEST Spidey action ever. Most SHOCKING ending in a Spider-Man movie ever. Fans will flip out! pic.twitter.com/VcZR3egUWs

#SpiderManFarFromHome is the coda we needed after Endgame, a glimpse of how the world looks now that the dust has settled. Could maybe have gone a bit harder on P's emotional arc, but bursting with warmth and humor and awkward teen romance. 💕 Also: Jake G = perfect casting.

absolutely loved #SpiderManFarFromHome. Captures the spirit of the comics and mixes in some amazing movie magic. The second the film ended I wanted to watch it again. #JakeGyllenhaal is fantastic as Mysterio. pic.twitter.com/4ZYaS0L8mf

#SpiderManFarFromHome had the difficult task of following two epic Avengers movies AND Spider-Verse and succeeds by telling a smaller, classical story about Peter Parker caught between what he wants and what responsibility demands. Pure cat(spider)nip for Spidey fans like me. pic.twitter.com/G2a4p6YhAr

Didn’t LOVE #SpiderManFarFromHome as much as Homecoming but it’s still a rad take on bearing the weight of great expectations and a fun ode to teen romance. Tom Holland continues to be amazing, Zendaya’s MJ is just as cool as Shuri and Jake G’s an inspired choice for Mysterio. pic.twitter.com/nnu7BPjcFO

It's good news! FFH does a terrific job of balancing Avengers: Endgame fallout with a seriously fun & inventive Spidey adventure. #TomHolland continues to be a perfect Spider-Man, and his chemistry with #Zendaya is *adorable*.

#SpiderManFarFromHome: B-/C+. If you loved the teen-centric stuff in Homecoming, there's more where that came from. Some of the comedy falls flat, but this film has A LOT going on – ultimately beneficial because it mostly distracts from stuff that doesn't land quite as well. pic.twitter.com/1wVMyT5bv9

I saw Spider-Man: Far From Home last night – it’s pretty much the perfect Avengers: Endgame epilogue – reminding us that the MCU goes on in a joyous, emotionally fulfilling ride. #SpiderManFarFromHome

Given the continued popularity of Holland’s Spider-Man, it will be interesting to see what becomes of his character once the six-picture deal Marvel Studios and Sony signed to share the character expires after his next solo outing. On one hand, the agreement has proven to be immensely profitable for Sony while reviving the Spidey brand following the disappointing Amazing Spider-Man series. Why try to fix what clearly isn’t broken?

On the other hand, the shocking box office totals of Tom Hardy’s Venom have given Sony a long sought-after foothold into its own shared cinematic universe of Marvel characters, one that will continue with next year’s Morbius. It’s understandable if the studio wanted to keep Holland’s Spider-Man for its own exclusive cross-pollinating franchise moving forward (though they do have Miles Morales from Into the Spider-Verse). In the end, the character’s rebooted success could be a double-edged sword.

Spider-Man: Far From Home will hit theaters on July 2. 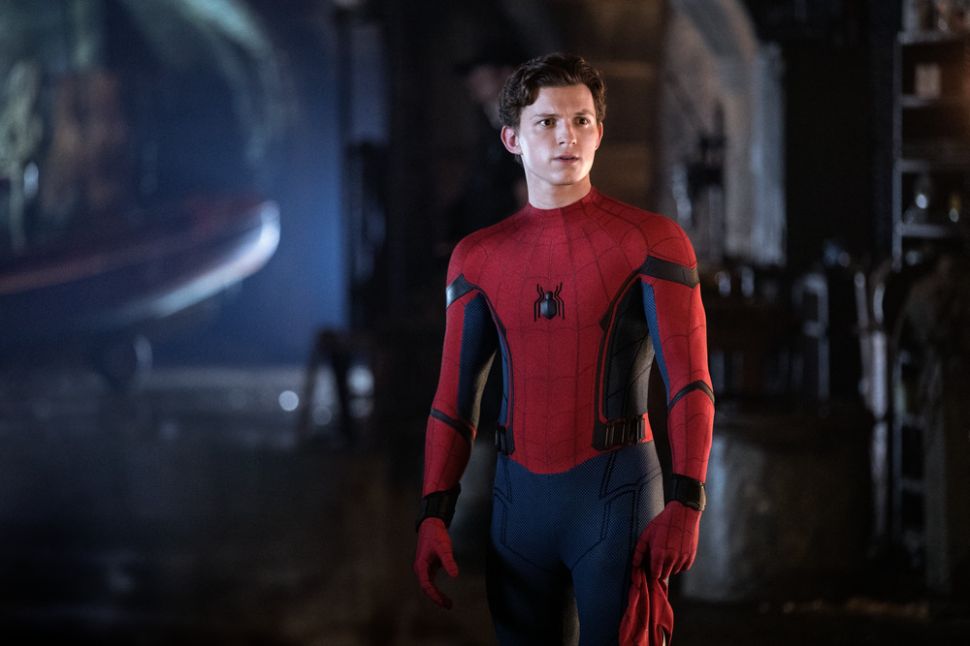