In April, Steve Bannon warned that China would be the “single most important topic” for the 2020 election, taking specific issue with Democratic frontrunner Joe Biden’s family business dealings in Beijing.

“Joe Biden has to come 100 percent clean on his relationship and his family’s relationship with the CCP [Chinese Communist Party],” Bannon told a room of hedge fund managers and political donors at his Committee on the Present Danger conference in Midtown Manhattan. “We need to know every piece of involvement that Joe Biden has had with the Chinese Communist Party, the bank of China and all the financial institutions in China.”

Bannon referenced a story published by Peter Schweizer (who he co-founded a think-tank with in 2012) that examined a trip in 2013 the then-vice president took to China with his son, Hunter Biden. Less than two weeks later after the trip aboard Air Force II, Hunter Biden’s hedge fund signed a billion dollar deal with the Chinese state-owned Bank of China.

“Joe Biden has to answer the question: ‘What did you know? When did you know it? And how much money have your family and you personally taken from the most murderous regime of the 21st century?'” continued Bannon.

Bannon’s principles need not apply to Trump cabinet heads, however. According to a New York Times investigative feature, Transportation Secretary Elaine Chao’s family shipping business, Foremost Group, received millions of dollars in loan commitments by a bank run by the Chinese government. Before joining the White House, Chao herself was appointed to an advisory group in Wuhan, was granted an honorary professorship at Fudan University and was awarded an honorary doctorate from Jiao Tong University.

Chao did not disclose the accolades she received from China during her Senate confirmation process, with a Transportation Department spokesperson chalking it up as “an oversight.” As a Trump cabinet member, Chao reportedly asked federal officials to coordinate travel for her family members and have them attend official government meetings—one State Department official told the Times that Foremost’s “business interests were potentially affected by meetings.”

A spokesperson for Bannon did not return Observer’s request for comment. 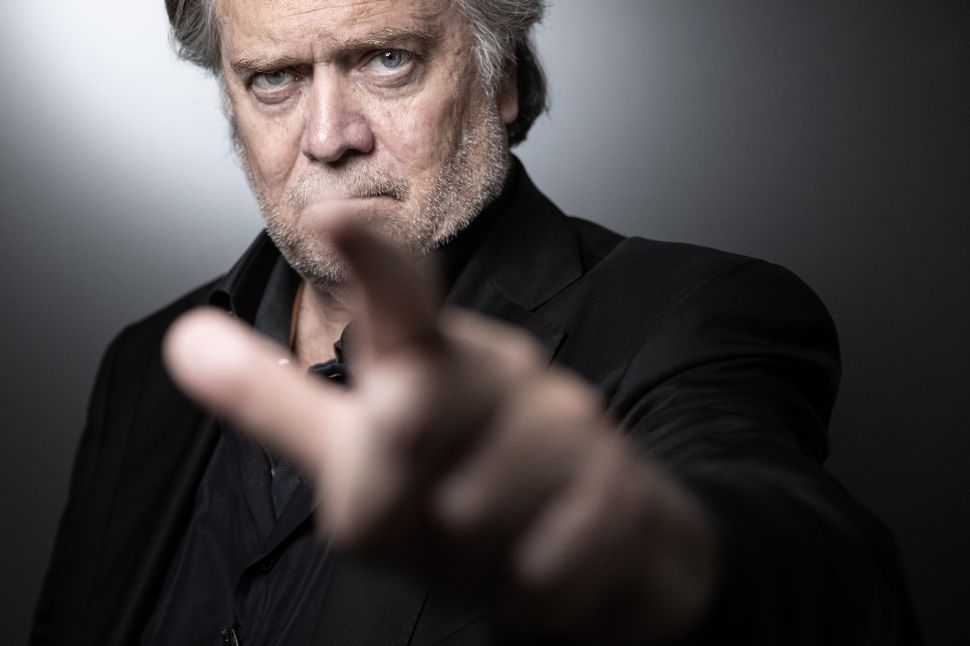