In the case of Gamble v. United States, the U.S. Supreme Court delivered a clear 7-2 opinion last week stating that it would not prevent someone from being tried for the same crime in both federal and state courts. Many considered this case important to the fate of President Donald Trump.

Trump allies who are indicted for alleged state crimes could also be indicted at the federal level. Presidents have the constitutional power to pardon federal crimes, but not state crimes. In the Gamble case, some expected that Trump appointee, Justice Brett Kavanaugh would push for a decision favorable for Trump to pardon his allies, thus also clearing their state charges as well.

None of it happened. In fact, the two unlikely dissenting votes who voted to make it happen were Justice Neil Gorsuch and Justice Ruth Bader Ginsburg.

Democrats have long argued that the conservative wing of the court is waging war on the doctrine of stare decisis, showing a willingness to strike down landmark rulings from the past. Justice Clarence Thomas lent some support to Democratic fears in his concurrence in Gamble v. United States, by once again articulating his view that “demonstrably erroneous decisions” should be overturned, even if they have been upheld for decades.

Generally, by setting a high bar for overturning precedent, the Supreme Court maintains predictability and stability, even when the composition of the court changes. While Thomas’ position on this issue was known, the views expressed by the others require deeper analysis. The dissent by Ginsburg requires even more to parse its implications.

What Is Stare Decisis?

Under the principle of stare decisis, which in Latin means “to stand by things decided,” lower courts must follow the precedent established by higher courts of appeal in the same jurisdiction. Higher courts, like the U.S. Supreme Court, can overturn their prior decisions. However, they generally are reluctant to do so.

As described by the Supreme Court, stare decisis “promotes the evenhanded, predictable and consistent development of legal principles, fosters reliance on judicial decisions, and contributes to the actual and perceived integrity of the judicial process.” Adhering to precedent “is usually the wise policy, because, in most matters, it is more important that the applicable rule of law be settled than it be settled right.”

Nonetheless, the court has also held that stare decisis is not an “inexorable command.” According to the court, it is also important to be right, especially on constitutional matters in which Congress cannot override its errors by ordinary legislation.

Why Is Stare Decisis a Hot-Button Topic?

Since 1851, the Supreme Court has overruled its own precedents 141 times, according to a Congressional Research Service report published last fall. Although it is relatively rare for the court to reverse course, stare decisis has been popping up in Supreme Court opinions with greater frequency in recent years. This term, the court was asked to overturn precedent in four cases.

In Franchise Tax Board of California v. Hyatt, a divided court did exactly that, reversing a 40-year-old precedent. The decision prompted Justice Stephen Breyer to warn his colleagues that such decisions breed uncertainty.

“Each time the court overrules a case, the court produces increased uncertainty,” Breyer wrote. “To overrule a sound decision like [Nevada v.] Hall is to encourage litigants to seek to overrule other cases; it is to make it more difficult for lawyers to refrain from challenging settled law; and it is to cause the public to become increasingly uncertain about which cases the court will overrule and which cases are here to stay.”

“Today’s decision can only cause one to wonder which cases the court will overrule next,” Breyer added.

In Gamble v. United States, the court declined to overturn decades-old precedent, relying on stare decisis, in part, to uphold the dual sovereignty doctrine, which allows the states and federal government to prosecute an individual for the same offense. While Thomas agreed with the majority that the doctrine should stand, he authored a concurring opinion that laid out his own views on stare decisis. He wrote:

The Court’s multifactor approach to stare decisis invites conflict with its constitutional duty. Whatever benefits may be seen to inhere in that approach—e.g., “stability” in the law, preservation of reliance interests, or judicial “humility,”—they cannot overcome that fundamental flaw. In any event, these oft-cited benefits are frequently illusory. The Court’s multifactor balancing test for invoking stare decisis has resulted in policy-driven, “arbitrary discretion.”

The inquiry attempts to quantify the unquantifiable and, by frequently sweeping in subjective factors, provides a ready means of justifying whatever result five Members of the Court seek to achieve… When faced with a demonstrably erroneous precedent, my rule is simple: We should not follow it. This view of stare decisis follows directly from the Constitution’s supremacy over other sources of law—including our own precedents… That the Constitution outranks other sources of law is inherent in its nature. For that reason, we should not invoke stare decisis to uphold precedents that are demonstrably erroneous.

Gorsuch, who dissented in Gamble, also addressed stare decisis in his opinion. “And while we rightly pay heed to the considered views of those who have come before us, especially in close cases, stare decisis isn’t supposed to be ‘the art of being methodically ignorant of what everyone knows,'” he wrote. “Indeed, blind obedience to stare decisis would leave this Court still abiding grotesque errors like Dred Scott v. Sandford, Plessy v. Ferguson, and Korematsu v. United States.” 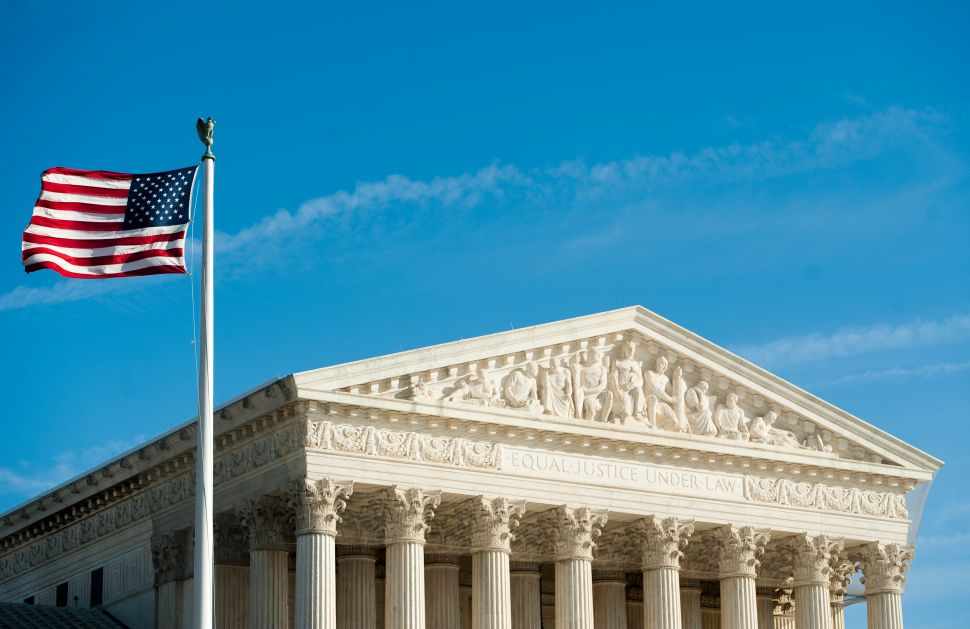