After Tesla shares tanked to a two-year low amid a months-long bearish rhetoric over the electric carmaker’s demand outlook, CEO Elon Musk finally had an appropriate chance to address his investors and fans on Tuesday, when the company opened for its annual shareholders meeting in Mountain View, Calif.

“I want to be clear: there is not a demand problem. Absolutely not,” Musk told a full room at the beginning of his 1.5-hour presentation.

“Sales have far exceeded production, and production has been pretty good,” Musk said. “So, we’re actually doing well, and we have a decent shot at a record quarter on every level. If not, it’s going to be very close.”

That promise echoed what Musk told his employees in a leaked staff email last week, in which he said there’s a “good chance” of beating the company’s delivery record in the second quarter, if production sustains at 1,000 Model 3 sedans per day.

Tesla is expected to report second-quarter results in the beginning of July.

The first-quarter figures were even more alarming considering that Tesla began shipping its Model 3 to China and Europe, the company’s most important overseas markets, at the beginning of the year.

Both Wall Street analysts and Musk himself have said the largest hurdle in Tesla’s future growth is price, because “people literally don’t have the money to buy the car,” Musk said in January—especially as the federal EV tax credit phases out in the U.S. and Tesla’s promise to introduce the $35,000-version Model 3 keeps being delayed.

Tesla famously spends very little on advertising or marketing campaigns, which leaves most of its existing and prospective customers to get news about the company from media reports—which often speak don’t speak in Tesla’s favor. When asked about his thoughts on the persistent negative media coverage around Tesla, Musk said he found it “very distressing” and “not sure what to do about it.”

“It’s the most crazy disinformation campaign I’ve ever seen,” Musk said of certain stories he dislikes, pointing to “quite a few negative articles in Bloomberg.” 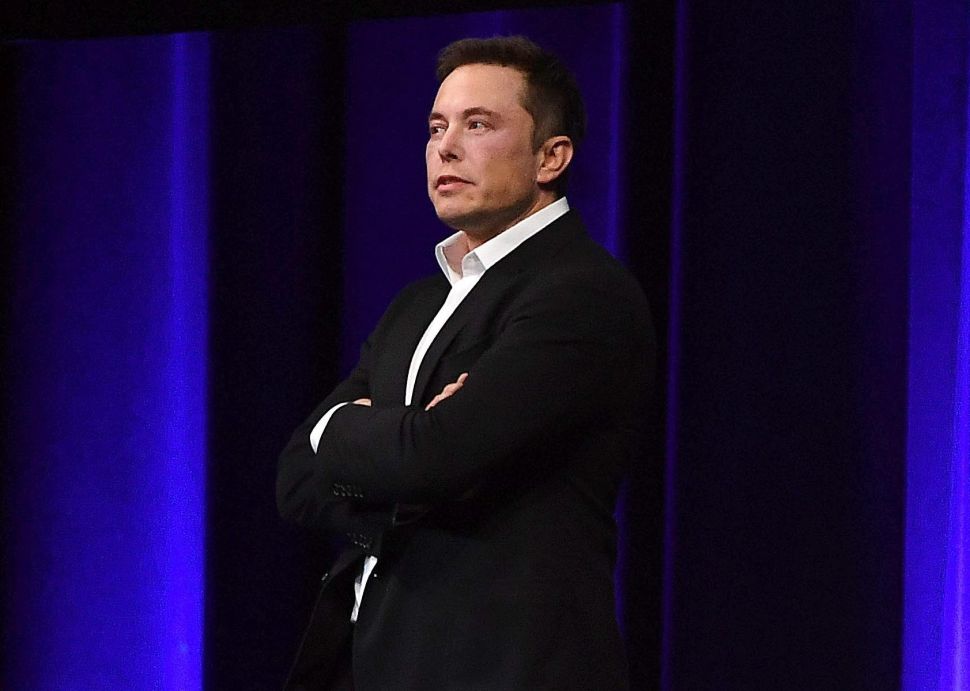