Elon Musk’s personal finance situation is always a bundle of contradictions. On one hand, he is thought to be one of the 50 richest people on Earth, boasting a net worth of approximately $20 billion at the moment, depending on which source you refer to. On the other hand, the Tesla and SpaceX CEO is famously “cash broke”—he refuses to take a salary or cash bonus from his companies, doesn’t spend much on vacations or expensive entertainments, and takes out huge loans to pay for new houses or similarly big purchases.

Last month, a Business Insider article called out Musk as the highest-paid CEO in the U.S. “Elon Musk made more in 2018 than the next 65 highest-paid CEOs combined, according to a report,” the headline read.

The sensational title drew evidence from a blockbuster compensation plan that Tesla’s board approved for Musk at the beginning of 2018, which promised to pay him $2.3 billion worth of Tesla equities over the period of 10 years—with a number of conditions.

Under the arrangement, Musk will have to ultimately bring Tesla’s market value up to $650 billion at a steady pace of a $50 billion increase every 10 months. In addition, he has to hit a separate set of revenue and profit goals along the way. If all milestones are reached, Musk’s total equity earnings could be worth $55 billion by 2028 (assuming that Tesla doesn’t issue additional shares). Otherwise, he’ll get nothing.

At the time the compensation plan was approved, Tesla was worth about $60 billion. But after a few months of stock declines triggered by growing investor doubt over the electric carmaker’s future, the company is now worth only $40 billion.

Tesla had a similarly aggressive compensation plan for Musk in 2012, when it was worth just $3 billion. Tesla has grown more than 10 times since then, and Musk has rightfully earned his stock award from that plan (currently worth $12 billion). But he hasn’t cashed any of that.

Aside from those performance-based equity awards, Musk doesn’t take any cash bonuses. He would have forgone a base salary, too, if not for California’s minimum wage law. Since going public in 2010, Tesla has paid its CEO an annual salary between $33,000 and $54,000, according to regulatory filings.

Musk doesn’t spend that money, either. “I don’t cash it,” he told The New York Times last year. “It just ends up accumulating in a Tesla bank account somewhere.”

In today’s tech world, it’s not uncommon for founding CEOs to claim a nominal salary. But to pay for their day-to-day living, some CEOs—including Mark Zuckerberg and Jeff Bezos—have chosen to record these expenditures on the company’s book under a vague category known as “personal security expense.”

But Tesla’s financial statement has nothing like that. In fact, Musk said last year he even had to cover some business expenses out of pocket, which made his net pay negative in 2018.

As far as his lifestyle goes, Musk seems to lead a pretty typical life of a workaholic boss. He has said he has very little recreation outside of work, he sometimes sleeps between machines on the factory floor, and he wears the same jacket (seen in the picture above) on multiple occasions.

You should ask why I would want money. The reason is not what you think. Very little time for recreation. Don’t have vacation homes or yachts or anything like that.

For big purchases, such as homes, Musk has turned to his banker friends and borrowed against his huge equity ownership in Tesla and SpaceX.

In February, Bloomberg reported that Musk had taken out $61 million in mortgages from Morgan Stanley in late 2018 on five properties in California (four in the Bel Air neighborhood of Los Angeles and one in the Bay Area) under a 30-year adjustable rate term. That puts his monthly payment at $180,000.

Around the same time, he put one of his Los Angeles homes on the market for $4.5 million, Observer reported.

Tesla does pay for some of Musk’s work-related expenses, although it’s not always obvious in financial statements. As revealed by a Washington Post investigation earlier this year, Musk owns two private jets—including a $70 million 2015 Gulfstream G650ER operated by SpaceX—and flies often.

In 2017, Tesla paid $746,000 for Musk’s use of both planes. Expenses for 2018 are unclear, but flight records obtained by the Post show that Musk’s Gulfstream had flown more than 150,000 miles last year. A good share of the trips were made from one side of Los Angeles to the other to help Musk avoid the city’s dreadful ground traffic.

“Until we can teleport, there’s unfortunately no alternative that would allow him to do his job as effectively,” a Tesla spokesperson told the Post. 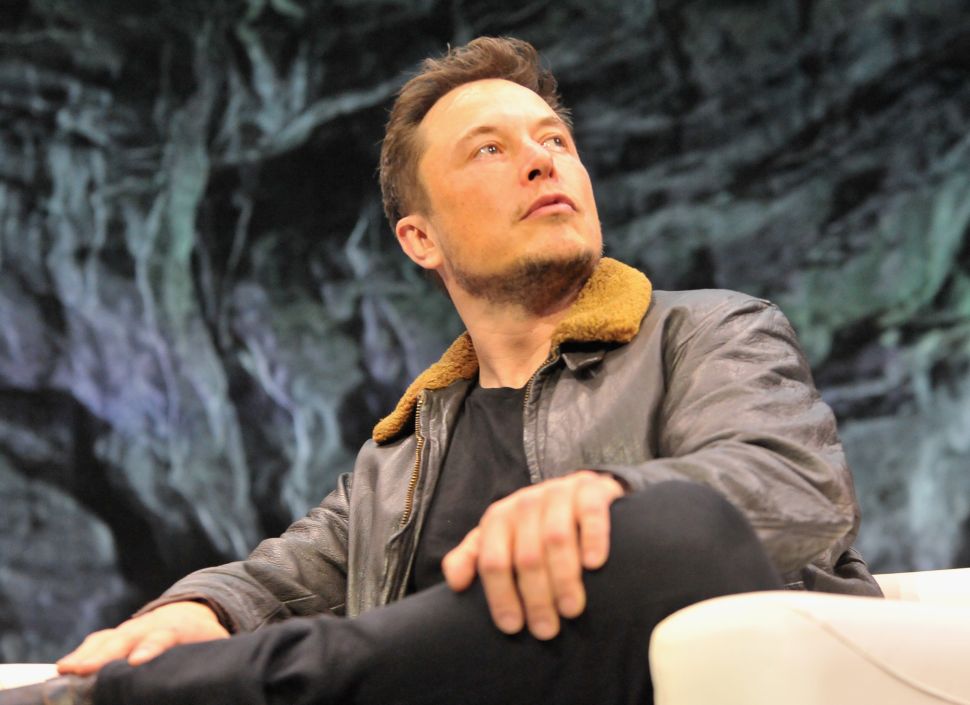