Movies about disasters few people remember, read about in the news when they happened, or ever heard of in the first place rarely lure big crowds at the box office. I hope The Command will be an exception because even when it occasionally falters, it is polished, heartbreaking, and worthy of attention.

Incorporating themes of heroism, loss, action at sea and the fatal perils of government indifference, it centers on the K-141 Kursk submarine disaster in 2000 that claimed the lives of all 118 naval personnel on board, and the Russian indifference and incompetence that left them dead at sea.

The film begins in a fishing town in Russia where Mikhail Averin (Belgian superstar Matthias Schoenaerts) lives with his pregnant wife (Léa Seydoux) and their three-year-old son. As Mikhail boards the ill-fated submarine Kursk for a routine exercise in the Barents Sea, the film makes its initial introduction into the character development that subsequently unfolds. Shortly after embarkation, an accident strands the vessel 150 meters under , leaving the survivors running out of oxygen and forced to occupy the only small space onboard that is not completely flooded and inaccessible.

The Russian authorities don’t locate the stranded navy personnel for 16 hours, and when they do get there, they cannot open the escape hatch. Enter Colin Firth as Commodore David Russell, a British navy commander to the rescue, thwarted by Boris Yeltsin (him again) who would rather risk the lives of the sailors than lose face in the eyes of the world.

Max von Sydow plays the Russian naval commander who stalls the rescue. Schoenaerts and Firth are both superb, and Seydoux has some scene-stealing moments of her own as Mikhail’s worried wife at home.

The problem is that Robert Rodat’s fact-filled screenplay, based on Robet Moore’s acclaimed book A Time to Die, tries too hard to cram masses of material into one screenplay. The result is a film that jumps repeatedly from the aborted rescue mission to the Russian politics and heinous lies that doomed the vessel, to truncated insights into the numerous families and friends on land.

It’s too much to absorb, but the great Danish director Thomas Vinterberg (The Hunt, The Commune) never loses his grip. He knows how to build suspense and hold attention firmly in his grip. His expertise sometimes unevenly melds both the realism of bravery under fire with the fictionalized accounts of relationships on the home front, but he never strands the viewer with confusion.

I’ve never heard of the submarine Kursk, but I left The Command with the unforgettable sense of having lived through the tragedy personally. That’s all anyone has a right to ask of any action film, and this is one of the best. 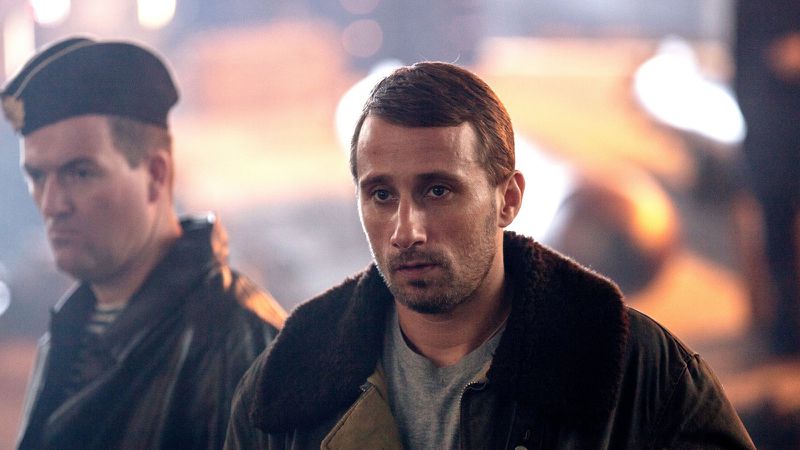