Jim Jarmusch has a lot to say, even if his latest movie, The Dead Don’t Die, isn’t a “statement film.” Jarmusch also wants you to know that The Dead Don’t Die is most definitely a comedy, even if the laugh-inducing zombie tale is interrupted by moments that feel plucked straight from other genres. That’s a lot of contradictions right off the bat, though perfectly in line with a career full of them. It’s what makes The Dead Don’t Die frustratingly enjoyable and what makes Jarmusch such a compelling figure. Zig and zag become one delightfully meandering path.

That was just one of the many takeaways audiences gleaned from a screening and Q&A with Jarmusch moderated by New York Times culture reporter Melena Ryzik and hosted by TimesTalks on Tuesday. The Dead Don’t Die—which counts Adam Driver, Bill Murray, Chloë Sevigny, Tilda Swinton and several more beloved names among its impressive cast—is set in the peaceful town of Centerville as it finds itself battling a zombie horde.

The movie itself, which premiered at Cannes, is quite funny in a wry manner but, at times, oddly unsure of itself. Is it a slapstick zombie homage? Is it a poignant meditation on ecological destruction? Can it be both? The Dead Don’t Die uses the insatiable hunger of zombies to parallel humanity’s endless consumption of resources and modern comforts. It’s often hilarious but there are odd detours and meta narratives that side track the story as well. It’s all apart of Jarmusch’s entropy.

Here are some of the best quotes Jarmusch gave during the subsequent discussion that help to paint a picture of both the filmmaker and his film.

On test screening his movies:

No, never. I don’t even see them myself. I haven’t seen this one yet. That’s actually true because the beauty of filmmaking is going into this world for the first time and not knowing where it’s going to take you. And having written it, and shot it and been in the editing room every day for five or six months, I haven’t actually seen the film in a way one should—with a blank mind.

On liking vs. respecting his cast members:

I guess you could [just respect them], but I kind of like them all. I kind of fall in love with them and their characters. There’s only one actor I’ve ever worked with that I would not work with again because they were disrespectful and not prepared. And I once almost had a fist fight on a set with an actor that I would love to work with again, which was Crispin Glover. He is very unusual. And we had a dispute that almost came to blows and I found out later he’s like a martial arts master. But I love him and he’s fantastic, so that was something we worked through.

On the theme of The Dead Don’t Die:


Well, I don’t like making statement films. I just don’t feel comfortable with that. I like to weave certain themes in and different layers into films. This one’s a little more blatant in certain ways…

But we have a bigger problem, which is the sixth mass extinction that we are currently in. I am appalled by people’s denial of these things. You can run from things, you can hide facts, you can hide science, but you can’t change it by hiding it. And we’re in a very severe state right now and this is not a political issue. This is an issue of survival of species…This is a real concern. I’m not an activist. I’m not in the middle of Pennsylvania, digging a sea wall or whatever we should be doing. I’m making a silly film with my friends. But I am very concerned. I’m saddened and disappointed by human behavior. 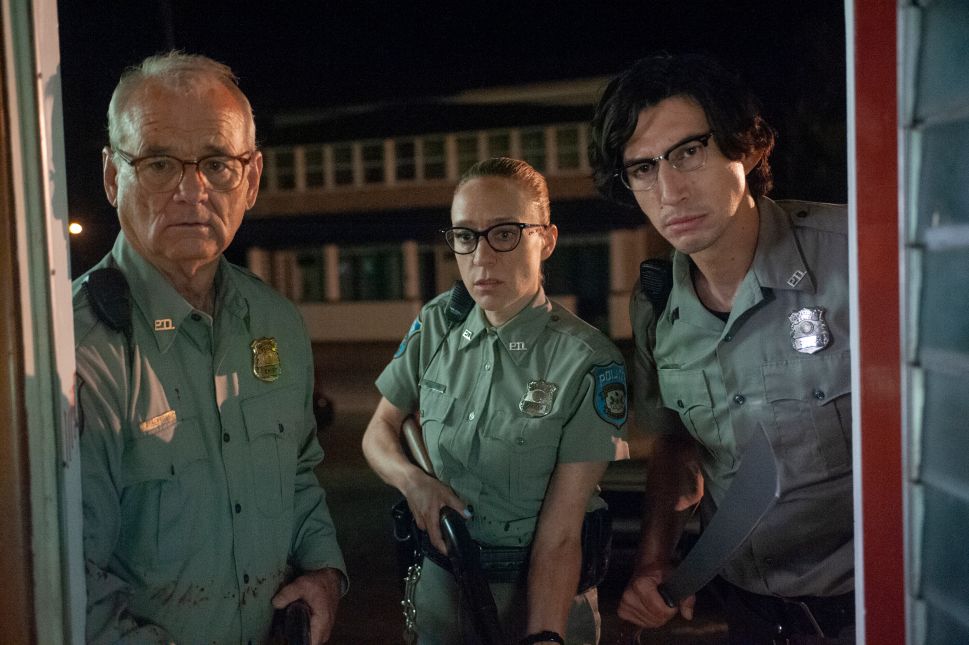