Except for a few unreliable film critics who have literally rendered themselves unconscious trying to keep the so-called films of Jim Jarmusch alive, I can’t think of anyone over the age of 12 who wants to see yet another zombie picture. But the dead-on-arrival The Dead Don’t Die not only premiered at the Cannes Film Festival (to derisive reviews, I hasten to add), but also attracted a cast composed of enough bold-face names to make it doubly inexplicable. Avoid it at all costs if you value your sanity.

In spite of a running time of 105 minutes of torture, it is easy to dispose of quickly, so let’s do it without delay. A dreadfully miscast Bill Murray and the creepy Adam Driver are cops in a town (Centerville—population 738) where animals suddenly disappear, cell phones die, and clocks and watches go haywire. There is no plot or comprehensive narrative screenplay, but somebody murmurs it’s the shift in the earth’s rotation that causes everything to change.

Suddenly, the town’s graveyard opens up and corpses invade the local diner, feasting on human intestines instead of the blue plate special. The cops take one look at the dead people splattered on the floor and say “oh, yuck!” Two words that describe the entire movie, if you ask me.

Tilda Swinton is Zelda, the undertaker who worships a gold statue of Buddha and collects samurai swords. She seems to know what’s going on, but she’s too busy acting weird to tell. Three city teenagers headed by the seminally untalented pop invention called Selena Gomez check into the Moonlight Motel and get hip to the fact that the planet has been thrown off its axis by polar fracking. They don’t live long enough to share the information because Centerville is suddenly infested with flesh-eating zombies with lousy table manners who leave hearts, lungs, legs and thighs chewed to the bone and littering the streets.

The entire movie is about nothing more than the severing of heads, which is apparently the only way you can kill a zombie forever. Clearly, Jarmusch intends to devote his sensibilities (or lack thereof) to gore and slime, turning The Dead Don’t Die into something intended as comedy, replete with film references.

A ravaged tombstone toppled above one of the graves belongs to Samuel Fuller, amid references to the Bates Motel and George Romero, whose dime store classic Night of the Living Dead towers above everything Jarmusch can come up with. The dialogue is minimal and stupid, with Driver getting some of the most idiotic lines. “This will end badly,” he says repeatedly. And it does.

In the end, the actors who appear as a favor to Jarmusch in bloody, headless heaps of steaming entrails include Steve Buscemi, Danny Glover, Rosie Perez, Iggy Pop and Carol Kane. Swinton is the luckiest member of the cast.  When the going gets tough, a flying saucer descends and carries her away in a lightning flash to whatever planet she came from. It’s the first time I ever wished she would take me with her. 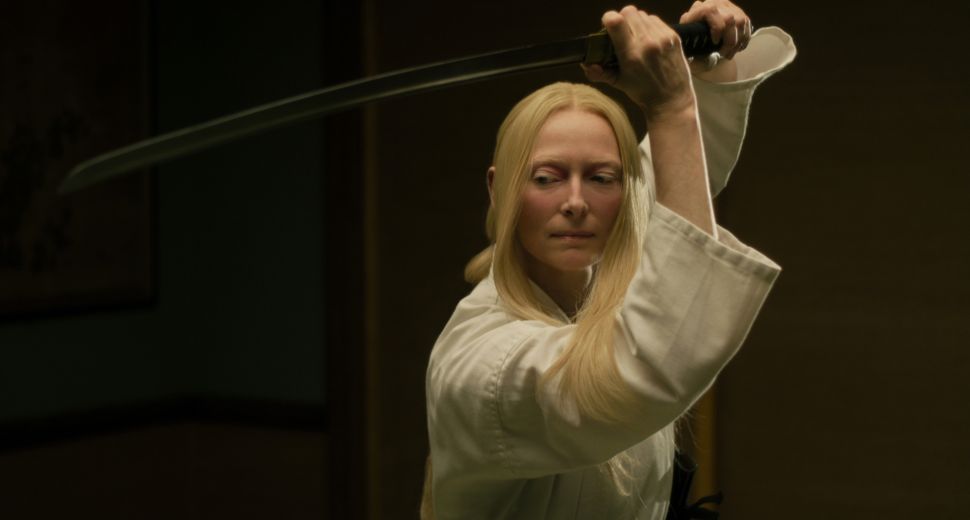