Disney’s live-action remakes of animated classics have, so far, been extremely varied in their outcomes. There’s the occasional box office breakout, such as the 3D-spearheading Alice in Wonderland ($1.02 billion worldwide in 2010) and the musical Beauty and the Beast ($1.3 billion in 2017), not to mention other hefty hits such as The Jungle Book ($967 million in 2016) and Aladdin ($818 million and counting). Then there are the costly swings and misses that must leave Disney scratching their heads at the whole enterprise, including this year’s Dumbo ($351 million) and 2016’s unbearable sequel Alice Through the Looking Glass ($299 million).

Where on the spectrum will July’s photo-realistic remake of The Lion King land?

The film is currently tracking ahead of Toy Story 4, Aladdin and Incredibles II and tied with Beauty and the Beast with a projected $150 million opening, according to Deadline. Harry Potter and the Deathly Hallows Part II holds the record the biggest July opening, $169 million, in movie history. It’s worth noting that tracking is an inexact science and early projections for blockbusters such as Black Panther and Toy Story 4 were off by tens of millions of dollars in both directions. But using that estimated $150 million figure as a starting point, we can explore the box office potential of The Lion King.

The 1994 original posted an insane 7.6x multiplier (the multiple of the film’s final domestic gross to its debut numbers) in its initial theatrical run which lasted for a whopping 35 weeks. If the new Lion King were to follow a similar pattern, we’d be looking at a domestic haul north of $1.1 billion, which would shatter the $937 million record currently held by Star Wars: The Force Awakens. Sorry, Disney, but that isn’t going to happen. Films just don’t enjoy the same sort of runway they were afforded in the ’90s.

Averaged together, Beauty and the Beast, Alice in Wonderland and The Jungle Book—Disney’s three highest-grossing live-action remakes—posted a 3.0x multiplier (Aladdin, which is still in theaters, currently boasts a 3.2x multiplier). Applying that same trend to Lion King‘s estimated $150 million opening would result in a domestic total over/under $450 million, which would be the second-most among the studio’s live-action reimaginings. Considering most of these blockbusters earn around 35 percent of their global gross from domestic ticket sales, we can loosely assume the remaining 65 percent of international business would equate to roughly $835 million. Added together, The Lion King could be looking at a ceiling of around $1.3 billion-plus, which would make it Disney’s highest-grossing live-action remake worldwide.

(Note: Beauty and the Beast debuted to $175 million domestically. It would not be surprising for The Lion King‘s final opening numbers to come in around that point).

But, let’s say the uncanny valley of photo-realistic singing animals turns some audiences away and The Lion King isn’t as big of a hit as currently assumed. What if it plays more like the good-not-great 2015 feature Cinderella (2.9x) or the disappointing Dumbo (2.4x)? If that’s the case, we’re likely looking at a North American haul of around $395 million (still second-best among live-action remakes) and a foreign total of roughly $730 million. So, even if The Lion King is met with middling reactions, we’re still probably talking about an over/under $1 billion haul.

I hesitate to try this exercise with Disney’s worst-performing live-action remakes, such as Pete’s Dragon, because The Lion King is a purebred four-quadrant hit with a stacked voice cast that includes Donald Glover, Beyoncé, James Earl Jones, Seth Rogen, Chiwetel Ejiofor, Billy Eichner and John Oliver. It would be downright shocking to see the film outright bomb at the box office. 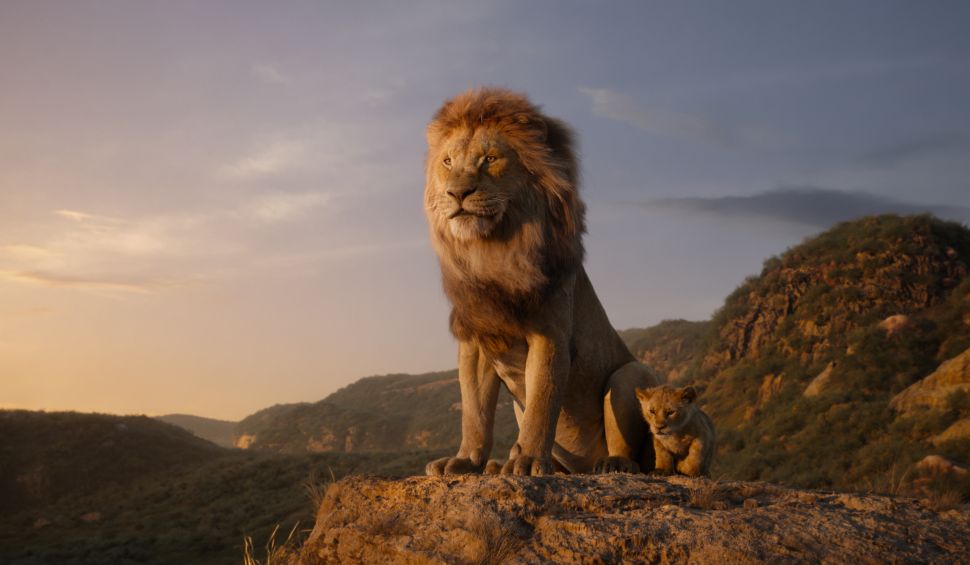