When MTV’s The Real World first premiered in 1992, the series was generally met with eye-rolls and skepticism. But now it’s impossible to deny its place in television history. Frequently considered a pioneer in the reality television genre, The Real World has churned out season after season, sometimes two a year, for almost three decades. There have been definite highs and lows, seasons that actively started necessary dialogues and the ones that were content to just air a handful of drunk strangers screaming at each other for an hour a week. (The first season now feels quaint, earnest, sometimes painfully intimate.)

Eventually, in 2014, to combat waning interest and low ratings, MTV threw in a few format changes: in Real World: Ex-Plosion, the roommates are shocked to find that their exes have moved in; each week in Real World: Skeletons, a different roommate was surprised to be reunited by a contentious figure from their past. (MTV dropped the “the” from these seasons, which also included Go Big Or Go Home and Bad Blood.) These were generally seen as cheap tricks (though, admittedly, some seasons made for fantastic hate-watching), and for two years it seemed as if it was finally rolling to a close, until it was announced that the show would continue—on Facebook Watch.

It’s an odd move, but it almost makes sense. Watching The Real World often felt like participating in a type of voyeurism—peeking into strangers’ lives, getting to know a person on a surface level without ever having to interact with them. It’s similar to how you often feel on Facebook when it comes to acquaintances in your periphery (or, of course, “Facebook stalking”). That’s the feeling that The Real World: Atlanta elicits…uneasiness and all. But what does a 2019 version of The Real World look like, especially after the countless shock-value reality series that exist now and with the global domination of social media, the rise of which coincided with a loss of privacy? It’s nowhere near good enough to call this a return to form, or to deliver a wholehearted recommendation, but it has, in some ways, made the case for the series’ continued existence.

For one, The Real World: Atlanta (which premiered last Thursday), does not contain twists but instead relies on its bare bones formula: seven strangers are picked to live in a house, etc. etc. Plus, it doesn’t need the twists because the cast themselves are cherry-picked to clash. Take Dondre, a black, pansexual man who lost a brother to gun violence but who is also a staunch Republican and Trump supporter and advocates for the second amendment. He seems as if he was created in MTV’s lab to ensure conflict. There’s Justin, an activist and “emerging leader in Atlanta’s black community,” who will, surely, clash with Dondre. Meagan is the requisite Southern, Christian, conservative virgin who believes relationships should be between “one man, one woman.”

What’s different about this group is that it skews older than usual The Real World cohorts (they opened up casting to ages 21-34), and people of color actually make up the majority (and there are two members of the queer community). The roommates seem primed and ready for debate rather than screaming arguments, though there will definitely be those.

Also changed is The Real World’s basic episode rollout and its style, with its aesthetic now updated to fit 2019’s social-media-obsessed, short-attention-span viewers. Facebook Watch premieres short clips throughout the week leading up to Thursday’s full episode. Users are encouraged to like and comment in real-time as they watch, discussing the action with strangers. There’s also an option to continue watching while using Facebook, shrinking the video to a corner of your screen while you aimlessly scroll. The cast sometimes use iPhones to record front-facing “confessionals” and their names appear on screen with their Instagram handles (yes, I’ve already followed them). They film short clips, sometimes with silly filters, that are interspersed with the production’s professional shots. (This is only the second time, following last season’s Bad Blood, that the cast have been allowed to have phones so they can text friends, call home or document their own lives just like all other twenty-somethings).

The most noticeable change is the way the series fills the screen with text dialogue as if to emphasize—in bright blue and yellow!—exactly what you’re already hearing. It might be effective if used sparingly, but it’s almost nonstop and occasionally unintentionally adds a visual silliness when the roommates are having serious discussions. But it is bright and noticeable, pulling your attention back to the screen, should it ever drift.

During a first meeting, Arely, a single mother who moved to the U.S. as a child, says that she’s a DACA recipient. Yasmin, a queer immigrant of color, responds positively; Dondre, decidedly, does not. He stares in confusion as the two chat before asking where Arely’s child was born and saying, “I just feel like you shouldn’t come over here illegally, though.” The words appear one by one on the screen as he says them, really hammering it home.

Indeed, that exchange sets the tone for the first two episodes of the series: loaded discussions and disagreements that are primarily concerned with identity. It is, maybe, what we should have expected from The Real World in 2019, when politics, race and identity are at the forefront of every discussion, and when Facebook itself is a mess of indecipherable arguments that are the equivalent of screaming at a brick wall. It sometimes functions as a microcosm of these arguments and everyone’s respective approach. (In one unintentionally funny scene, when Dondre and Justin discuss race, the white roommates uneasily drift out of the room until only the castmates of color are left.)

The second episode is more of the same, but far more argumentative. Tovah confesses that Justin’s frequent race talk is “hard” for her and thinks he “might not understand that he comes off negatively towards white people” (which is hilarious). When Clint steps in to defend her, it blows up. Justin explains that America was built on white male supremacy; Clint brushes it off as “getting philosophical.” The whole thing is a completely inane argument—again, Facebook!—because Clint and Tovah are seemingly unable to grasp the idea that Justin is speaking about the culture of white supremacy and not directly calling the two of them white supremacists. It’s a familiar scene, both on and off the internet, and if I didn’t know any better I would assume they were just reading @ replies from Twitter—especially when Clint absurdly claims that Justin is the racist in the house.

It should be said that race isn’t the only thing discussed. In the same episode, Arely has an enlightening discussion about immigration with Dondre. Later, after a call from a significant other, three of the roommates have a surprising talk about what emotional abuse and manipulation looks like—a relief after spending the last few weeks horrified at multiple boyfriends’ behaviors on the three vintage Real World seasons Facebook Watch recently made available.

But at the same time, it’s a little fascinating to watch this discussion happen on The Real World; it’s both reminiscent of—and a world away from—the series’ past fights about race. It’s interesting to see how much things have evolved since the premiere (Atlanta, thus far, has been a nice return to some of those earlier seasons, as the partying is glossed over in favor of the intense discussions). Sure, not much of the conversation this season will be new to anyone with understanding of racism (or immigration, queerness, etc.), but it will certainly be new to many viewers. When The Real World first premiered, that was the ideal: to shine light on different people and their experiences, not just by putting these differences into a house together, but by introducing new concepts to a wider audience. The Real World: Atlanta is likely to have more misses than hits, but it’s not nearly as bad as feared, and it’s somewhat comforting to know that the younger generations have an updated version of The Real World to inhale, the same way we devoured the series in its heyday. 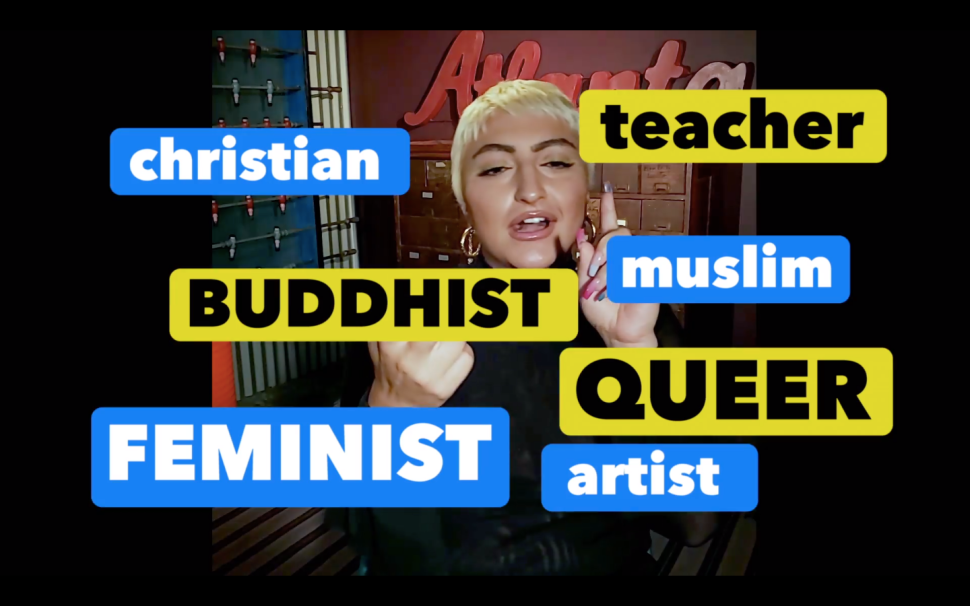