From Germany, the deeply disturbing domestic tragedy Three Peaks is another film of understated but driving intensity starring Alexander Fehling, a.k.a. the Paul Newman of German cinema. He drew attention in Quentin Tarantino’s Inglourious Basterds and soared to fame in the great drama of postwar intrigue, Labyrinth of Lies. Versatile, handsome and multi-lingual, his future as a major film star in and beyond German origins seems as predictably popular as schnitzel and schnapps.

In Three Peaks, he plays Aaron, a musician and rugged outdoorsman on a vacation with his girlfriend Lea (Oscar-nominated French-Argentine actress Bérénice Bejo, from the 2011 classic The Artist) and her seven-year-old son Tristan (talented newcomer Arian Montgomery) in the snowy wilderness of the Italian Dolomites.

After two years together, Aaron and Lea are still passionate about each other, but intimacy is difficult with the possessive and confused boy competing for his mom’s attention. Tristan can’t even sleep unless he shares his mother’s bed, and each time he comes close to calling Aaron “daddy” she protests, insisting that her son remain loyal and devoted to his real father by separating them both.

In the remote and challenging frozen wasteland where their rustic, rented cabin is located, the more Aaron tries to bond with the boy, the more Tristan distances himself emotionally, sabotaging his mother’s affection for her lover by climbing into bed with them every night and talking to his biological father on the phone several times a day.

The rivalry turns dangerous, but under the careful guidance of writer-director Jan Zabeil, every cliché is avoided, allowing the film to move cautiously along until the third section, when the narrative turns dark. On a routine hike on the rocky slopes of the Italian Alps, Aaron falls from a high mountain peak, breaks his leg and smashes his cell phone, and only the boy can save him. Plunging into an icy lake, their survival seems dubious, but Aaron decides to save the boy. The disastrous result is electrifying.

Despite his strapping build and indestructible stamina, a grown man can only do so much in the custody of a spiteful child, but Aaron acts responsibly and protective, hoping the kid will mature with his companionship. What happens is just the opposite. The shifting relationships between man and boy are so artfully composed that the film becomes gripping and suspenseful in spite of its languid pacing. 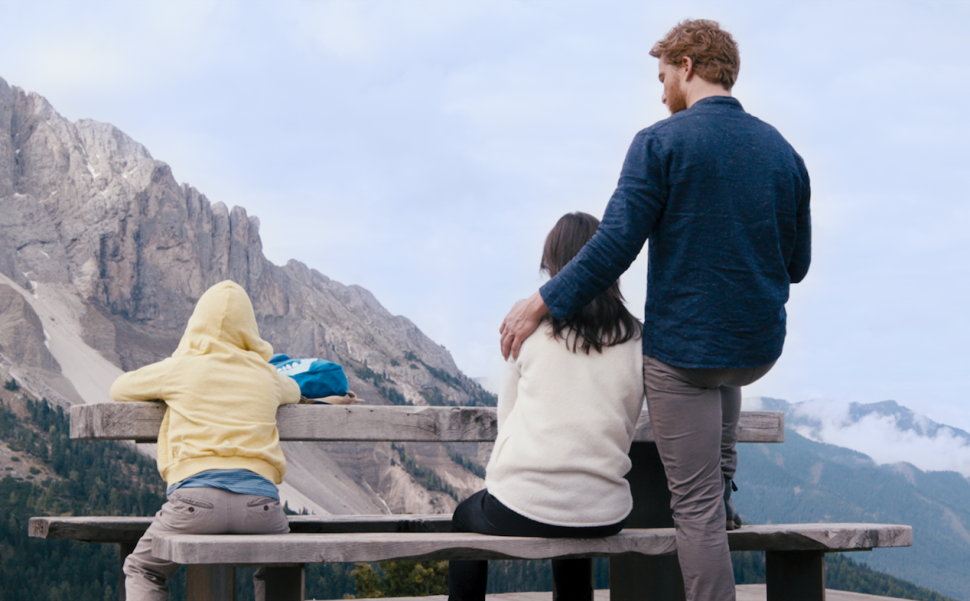