Even Tim Cook can’t resist taking a jab at the now-defunct Theranos.

The Apple CEO gave a commencement speech at Stanford University’s graduation ceremony this weekend, focusing on the theme of tech’s negative impact on society, a favorite topic of his lately.

Among the criticism of the industry’s recent wrongdoings, Cook warned the graduates of following in the steps of Stanford dropout and disgraced Theranos founder and CEO Elizabeth Holmes. He noted the tech industry’s lofty “false promise of miracles,” which has led to everything from the spread of misinformation to underserved profits.

“Fueled by caffeine and code, optimism and idealism, conviction and creativity, generations of Stanford graduates (and dropouts) have used technology to remake our society,” Cook said, while lauding Stanford as a cradle for Silicon Valley’s innovation.

He later continued: “But lately, it seems, this industry is becoming better known for a less noble innovation: the belief that you can claim credit without accepting responsibility. We see it every day now, with every data breach, every privacy violation, every blind eye turned to hate speech. Fake news poisoning our national conversation. The false promise of miracles in exchange for a single drop of your blood. Too many seem to think that good intentions excuse away harmful outcomes.”

Theranos’ executive team is currently facing a long legal battle over the fraudulent claims Cook referenced. The company was once known as the industry’s darling health care unicorn, with a peak valuation of $9 billion. Theranos had attracted millions of dollars in funding since its launch in 2003, but shut down in 2018, several years after Wall Street Journal reporter John Carreyrou’s explosive exposé on the company’s questionable lab practices.

Holmes and COO Sunny Balwani are set to have their pre-trial status conference on June 28. 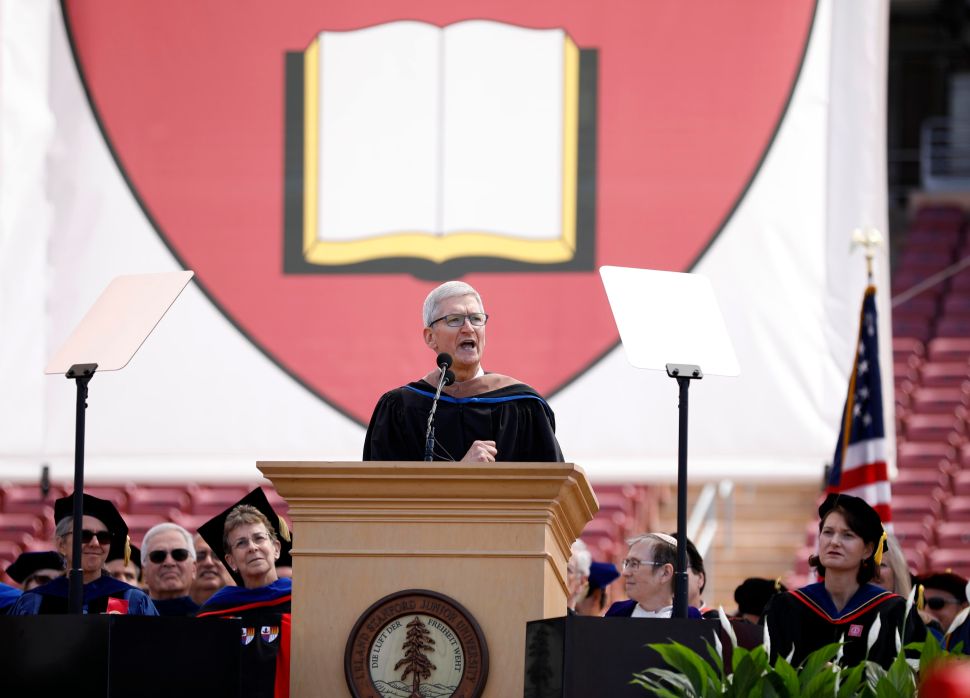