The 73rd annual Tony Awards ceremony takes place this Sunday at Radio City Music Hall, and those of us who love theater but roll our eyes at awards (guilty) are still curious to see who will go home with the gold. The 2018-19 season has been one of the most aesthetically diverse and politically barbed in a long time, with avant-garde artists (writer-actors Taylor Mac and Heidi Schreck and director Daniel Fish) getting a shot on the Great White Way, while pundits hang hashtags on shows such as To Kill a Mockingbird (#BlackLivesMatter) and Hadestown (#NoWall). Historically, Tony voters reward stars, snobby hits, and anything that opened in the spring (short-term memory). And so, balancing my personal faves with cynical shade aimed at the whole racket, here are my predictions for the top categories.

If it’s true there’s strength in numbers, then Jez Butterworth’s wildly overhyped The Ferryman—with a multigenerational cast of more than 30 performers, including goose, rabbit and baby—will handily win based on the “wow” factor and its U.K. pedigree. This Irish family epic is undeniably entertaining and lavishly produced, but a minority of critics saw through the blarney and bustle to spot a thin, cliché-ridden farrago. Ironically, the one show that can topple Ferryman’s “masterpiece” vibe is a semi-solo monologue: Heidi Schreck’s scarily timely and soul-restoring What the Constitution Means to Me. It’s theater that makes you smarter and a better citizen. As for runners-up: Taylor Mac’s Gary, suturing Grand Guignol to Antifa theatrics was a bold gesture, but way overproduced and message-muddled. Tarell Alvin McCraney’s Choir Boy was brave and beautiful, but made too little noise in the winter to carry over to spring.

Let’s see: a Baby Boomer jukebox musical (Ain’t Too Proud—The Life and Times of the Temptations); a goofy-cute LGBTQ rom-com (The Prom); two blockbusters adapted from 1980s movies (Tootsie and Beetlejuice); and the downtown high-concept “artsy” show (Hadestown). This is basically where Broadway is at these days—pandering to tourists, leaning into nostalgia and name recognition, while always making room for the Little Show That Could. This year, that honor goes to Hadestown, a bluesy, indie-folk retelling of the Orpheus and Eurydice myth. The piece began as a honky-tonk Brechtian-ish concept album by Anaïs Mitchell, and evolved into the current, moody cult hit. I was not a fan of its turgid narrative, lyric inertia, and lack of real characters, but that hasn’t stopped Hadestown from becoming the front-runner. My vote goes to The Prom, which may be camp and silly, but it’s also superbly crafted and has a coherent message. As for the others, I love me some David Yazbeck (Tootsie) as well as carnivalesque fun (Beetlejuice), but neither is the complete package.

Best Revival of a Play

Okay, it may not be the most pulse-pounding category for Tony pundits, but here’s a chance to get historical. These nominees cover 72 years of American theater, including Arthur Miller’s post-WWII morality tale (All My Sons); a breakthrough pre-Stonewall gay drama (The Boys in the Band); Harvey Fierstein’s pioneering post-Stonewall gay dramedy (Torch Song); a 1980s tortured-hetero romance by Lanford Wilson (Burn This); and finally, Kenneth Lonergan’s bittersweet memory play about a grandmother with dementia (The Waverly Gallery). They’re all about families—the ones we’re born into, or the ones we choose. And they were all revived with mostly excellent casts and productions (Burn This drew the most quibbles—from Keri Russell’s wan performance to an overall “Why Revive?”).

Bottom line: Voters succumb to recency bias with All My Sons.

Best Revival of a Musical

Only two shows are vying for this prize. It’s the battle between an old, sexist musical comedy (Kiss Me, Kate!) and an old, jingoistic musical comedy (Oklahoma!). Production teams on both have done amazing jobs to mediate the materials’ misogyny, racism and old-school corniness. Director Scott Ellis and book tweaker Amanda Green have rebalanced the gender war between Kiss Me, Kate!’s slap-happy couple. As for Cole Porter’s dee-lightful score and the snazzy dances, those are plenty of fun. Even more impressive, the multimedia wizard Daniel Fish transformed Oklahoma! from a sappy and safe chestnut into something more ambivalent, menacing, and sexually dangerous, introducing live video, postmodern dance, and deadpan performance. His revival is the more daring and important one, and demonstrates how a healthy culture reevaluates its heritage. Will the largely conservative and comfort-zoned Tony voters be able to appreciate it?

Best Actor / Actress in a Play

Bryan Cranston (Network) and Laurie Metcalf (Hillary and Clinton) have triumphed in this category in previous years, and sorry, they’re still the strongest in the race. You can’t take your eyes off these angsty, raging stage creatures, battling madness or the polls.

Best Actor / Actress in a Musical

These wins are for stamina, endurance and nonstop charisma, since their overall shows may get less love. Santino Fontana does it all—and in heels—in Tootsie; and Stephanie J. Block elegantly transcends camp caricature in The Cher Show (while still being pretty camp).

Best Director of a Play

Best Director of a Musical

Rachel Chavkin was robbed two years ago for best director. Her immersive, transporting genius in Natasha, Pierre & the Great Comet of 1812 should have been rewarded. This year, Tony will correct the mistake for Hadestown’s blues-club-of-the-damned mise en scène. Daniel Fish’s game-changing work in Oklahoma! must be left to the history books. 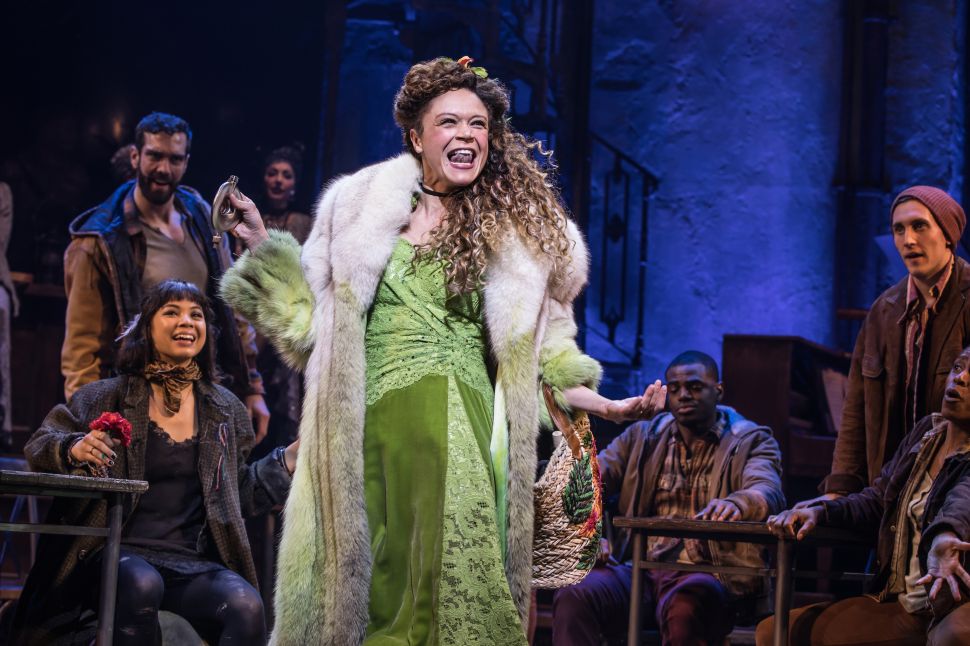