Topshop lovers hit the stores while you can, because Topshop and Topman are in the process of closing all of their locations in the United States. Anyone who wants their favorite British brand to stick around at its 11 U.S. locations will be permanently disappointed, as this comes in the wake of a financial rescue plan for the company.

It has been two weeks since Arcadia Group, the parent company of Topshop and Topman, filed for Chapter 15 bankruptcy protection through U.S. courts. Chapter 15 of the United States bankruptcy code is meant to help companies with financial difficulties and encourage cooperation between U.S. jurisdiction and international parties, while protecting the interests of everyone involved. In this case, Chapter 15 was specifically used to help protect Arcadia Group from their creditors. This filing revealed that Arcadia’s assets totaled to $53 million, but that they are also $179 million in debt, an almost dire situation for such a large company.

Arcadia Group has also had some difficulties in recent months with their chairman, Philip Green, who has been under fire for sexual assault allegations from five female employees late last year. And just this week, he was charged with four accounts of misdemeanor assault in Tucson, Arizona by Katie Surridge, a pilates instructor at a luxury hotel. The arraignment is scheduled for June 19 at the Pima County Justice Court, although Arcadia Group said in a statement that Green does not plan to attend, as he “strenuously denies these allegations.”

This does not seem to be the reason behind Arcadia’s bankruptcy protection filing, but the allegations did lead to Beyoncé pulling her athleisure line, Ivy Park, from Topshop in order to become the full owner in November 2018. Now partnering with Adidas, which she announced in a press release on April 4, Beyoncé will be working closely with a company that she says “puts puts creativity, growth and social responsibility at the forefront of business.”

Although Arcadia’s bankruptcy protection filing is most likely due to the challenge of competing on the online market, as well as the growing prominence of companies like Amazon and discount super-stores like T.J. Maxx, the recent allegations have certainly had an impact on the company and its future.

Aside from Topshop and Topman, Arcadia Group also owns the brands, Dorothy Perkins, Burton, Miss Selfridge, Evans, Outfit and Wallis, which all have locations in the UK. As a part of their financial rescue plan, they will be closing 23 storefronts in the UK, including a smattering from the list of brands above. This may put approximately 520 jobs at risk, the BBC reports.

The soon-to-close U.S. stores are located in cities ranging from Miami and Chicago, to Houston and Los Angeles. And two of the 11 are located in New York City, one in SoHo and another, the second largest flagship of the company which opened in 2014, on 5th Avenue. Currently, sales are as high as 50 percent off certain items, and as we approach the stores’ closing date, which has yet to be released, the sales will continue to grow and prices will continue to drop. Also keep in mind that all U.S. Topshop and Topman locations are no longer accepting in-store returns for online orders; they will not take the returns, no matter how much you beg. So make sure to get your Topshop fix before U.S. shoppers are relinquished to the online-only realm. 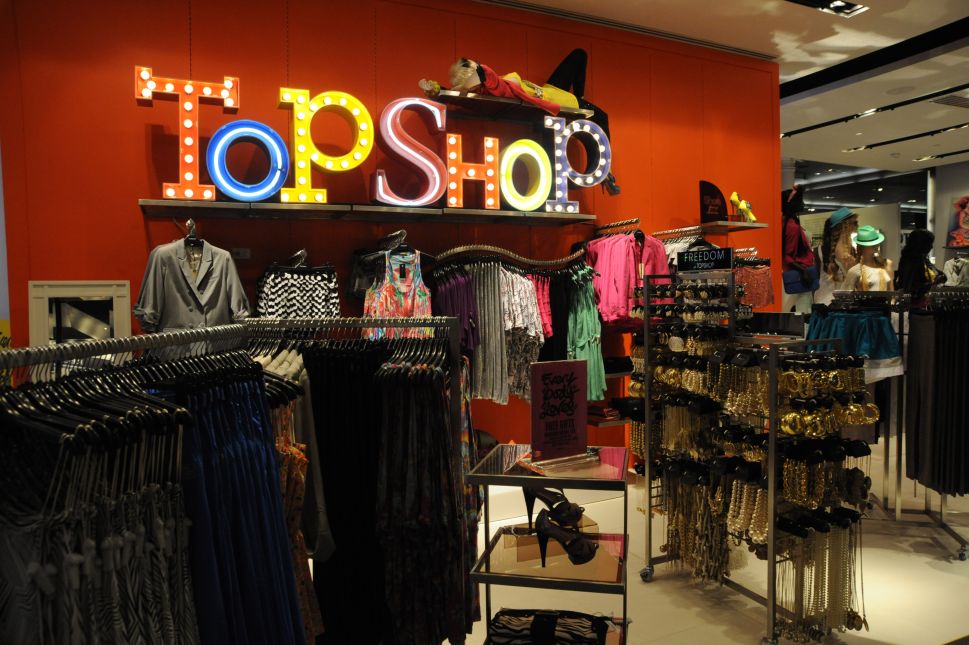