Beloved comedian and 30 Rock star Tracy Morgan made a pretty miraculous return from the brink of death only a couple of years ago, after he was severely injured in a limo bus accident on the Jersey Turnpike that killed comedy writer James McNair. The crash threw a wrench in Morgan’s career, but he eventually recovered and returned to acting, performing and driving.

Unfortunately, Morgan’s new lease on life was threatened on Tuesday afternoon by the kind of mundane incident that would annoy any regular person to no end: his car was involved in a minor crash near 10th avenue and 42nd street in Manhattan. Very unfortunately for Morgan, however, the car in question happened to be a cream white 2012 Bugatti Veyron 16.4 Grand Sport, and he had just purchased it for $2 million 30 minutes earlier.

“When I got the phone call, I said, ‘That’s Tracy’s car?’ I couldn’t believe it. That was its maiden voyage,” Frank Pica, a sales consultant at the dealership Morgan had just left, told Page Six. “He bought it today. That style with the top down is usually over two million dollars. Those kinds of cars are very rare and to get any year is special.” One can only hope Morgan has insurance.

The actor, for his part, tweeted out that he had not been injured but that the state of his new car remains to be seen. Ultimately, this sort of incident is New York incapsulated. You can survive the worst trauma imaginable and emerge into the city ready to embrace positivity and pleasure, and all of a sudden a Honda-driving stranger talking on his or her cell phone will come out of nowhere and seriously mess with your sunny disposition. Morgan wasn’t driving in an area that was particularly known for a high degree of potentially dangerous traffic, but hey, what can you do. Sometimes bad luck is just bad luck. 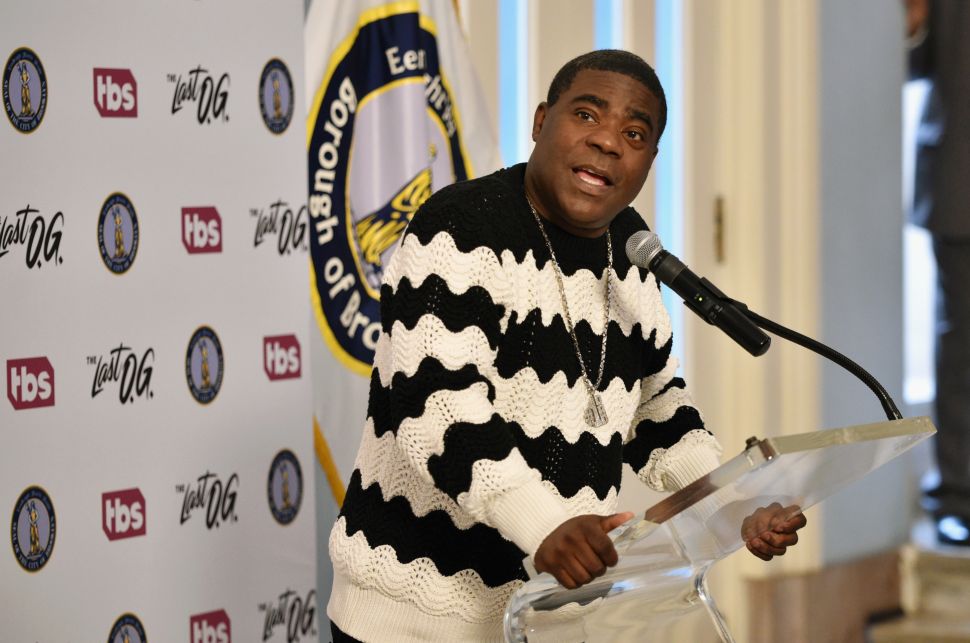