“The U.S.-China relationship will be the most defining bilateral relationship for our lifetime,” David McCormick, the co-CEO of hedge fund powerhouse Bridgewater Associates and a former White House official, told a room at the Bloomberg Invest New York Conference on Tuesday.

Speaking on the ongoing and increasingly hostile trade war between the world’s two largest economies, McCormick, a former U.S. Treasury undersecretary for international affairs under George W. Bush, warned that both the U.S. and China have “a lot of incentives” to reach a reasonable trade deal, but the latest developments in the negotiation are pushing things in the wrong direction.

“There’s lots of costs of not finding an agreement, but there’s also a growing risk that both parties have created on both sides, through the way they’ve spoken about this publicly, of getting a bad deal,” he said. “The question will be how we manage through this last phase.”

How the trade talk ends will have significant implications for Bridgewater, in particular, as the hedge fund firm launched its China strategy less than a year ago and registered its first private equity fund in the country last October.

Bridgewater’s founder and one of its three chief investment officers, Ray Dalio, has been an outspoken observer of the trade war. In a lengthy LinkedIn essay last week, Dalio cautioned that the U.S.-China conflict “is much more extensive than a ‘trade war.’ It is an ideological conflict of comparable powers in a small world.”

Adding to that point, McCormick argued that the trade talk has “gone from a market-access discussion [about tariffs] to the weaponization of exports,” pointing to Washington’s recent export ban on Chinese tech giant Huawei and China threatening to cut off rare earths exports to the U.S. as an act of retaliation.

In his role as the undersecretary of Treasury between 2007 and 2009, McCormick served as the top advisor to the Treasury Department on a number of international economic issues, including trade policies.

Speaking from his own experience working with Chinese officials, McCormick said one of China’s advantages over the U.S. in dealing with economic risks is the country’s stable and consistent leadership—thanks to its political regime.

“Many of the people who are in key positions today were also in key positions 10 years ago or even 10 years before that,” he said. “So, the level of consistency and sophistication of their understandings of important economic issues is very competent.” 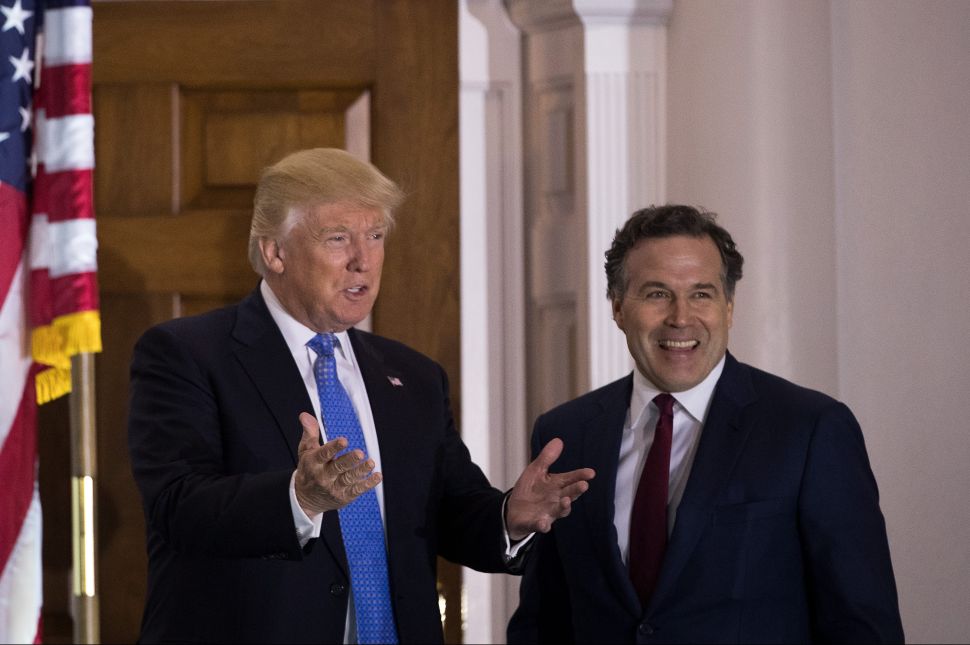