President Donald Trump has a laundry list of complaints against the tech industry.

During an appearance on CNBC’s Squawk Box, Trump had a lot to say about various tech industry hot topics, including his controversial trade tariffs and breaking up tech monopolies, among others.

After accusing tech industry heavyweights like Facebook, Amazon and Google of “colluding against him” with his Democratic opponents during the last election, the president moved on to criticizing the current crackdown on large tech companies.

Trump slammed the European Union’s recent rampage of fines on U.S.-based tech companies in the name of consumer protection.

“They’re actually attacking our companies,” Trump said during the interview. “But we should be doing what they’re doing. They think there’s a monopoly, but I’m not sure that they think that—they just figure this is easy money. We’ll sue Apple for $7 billion, and we’ll make a settlement or win the case. So I think it is a bad situation, but obviously there is something going on in terms of monopoly.”

While Trump agrees something must be done about antitrust issues, his accusatory tone implied a distaste for fining large profitable players like Facebook and Google, despite their supposed collusion against him.

This isn’t the first time Trump has agreed with his Democratic opposition on the growing monopolization of the tech industry.

The growing concern of Big Tech’s hold on constituents has been ongoing this election cycle, especially from left-leaning politicians who worry about the tech industry’s influence over the economy. One of Silicon Valley’s biggest critics has been Massachusetts senator and 2020 Democratic candidate Elizabeth Warren, who has been joined by countless others, including Rep. Alexandria Ocasio-Cortez and 2020 opponent Bernie Sanders.

Warren’s campaign has continuously outlined initiatives to break up tech corporations in the wake of recent privacy breach scandals.

“They’ve bulldozed competition, used our private information for profit, and tilted the playing field against everyone else,” Warren wrote in March. “And in the process, they have hurt small businesses and stifled innovation.”

While Trump and the Democrats tend to disagree on most issues, it seems stopping tech’s rapidly growing power is one they both agree on. 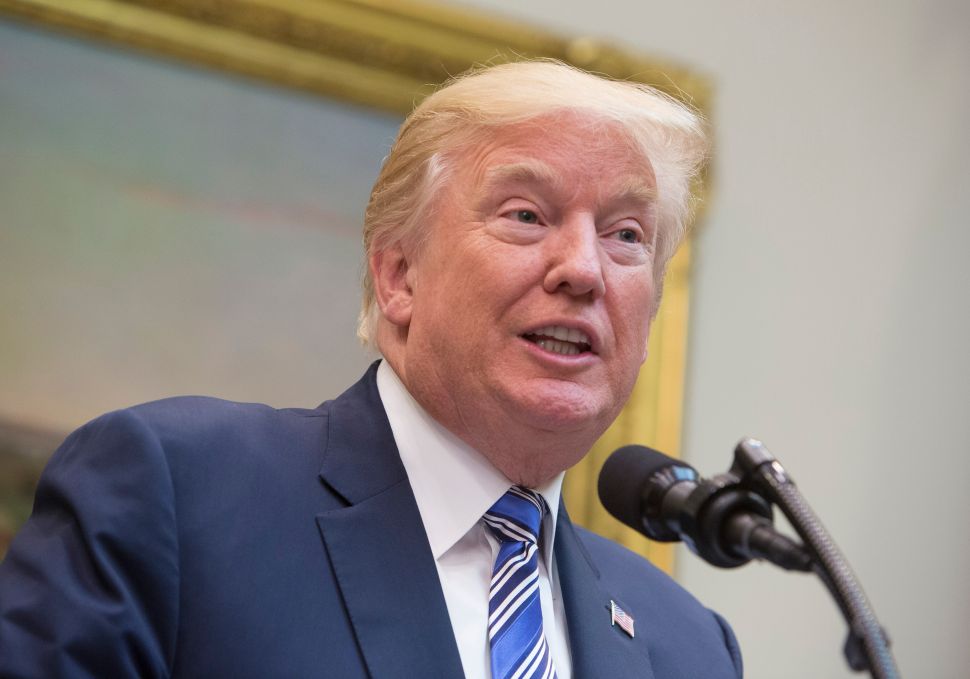