President Donald Trump signed an executive order on Monday directing health officials to come up with regulations which would require hospitals to disclose their costs to patients up front, along with the discounted rates hashed out with insurance companies.

“No Americans should be blindsided by bills for medical services they never agreed to in advance,” said Trump during a signing ceremony. “We are fundamentally changing the nature of the health care marketplace… This is a truly big action. People have no idea how big it is. Some people say bigger than health care itself.”

SEE ALSO: US Health Care Led to a Man’s Death Because He Didn’t Have $20

Although the order has worried insurance providers, the Trump administration has tasked the Department of Health and Human Services (HHS) with deciding how much information should be released. One senior official told The Washington Post they want “room” to “work with industry”

“We are saying you have the right to have an estimate of the information before you get the service… rather than after the fact when it does you no darn good,” the source told the publication.

The order also directs HHS to come up with a solution for situations where patients unknowingly receive medical treatment from doctors outside of their insurance networks. 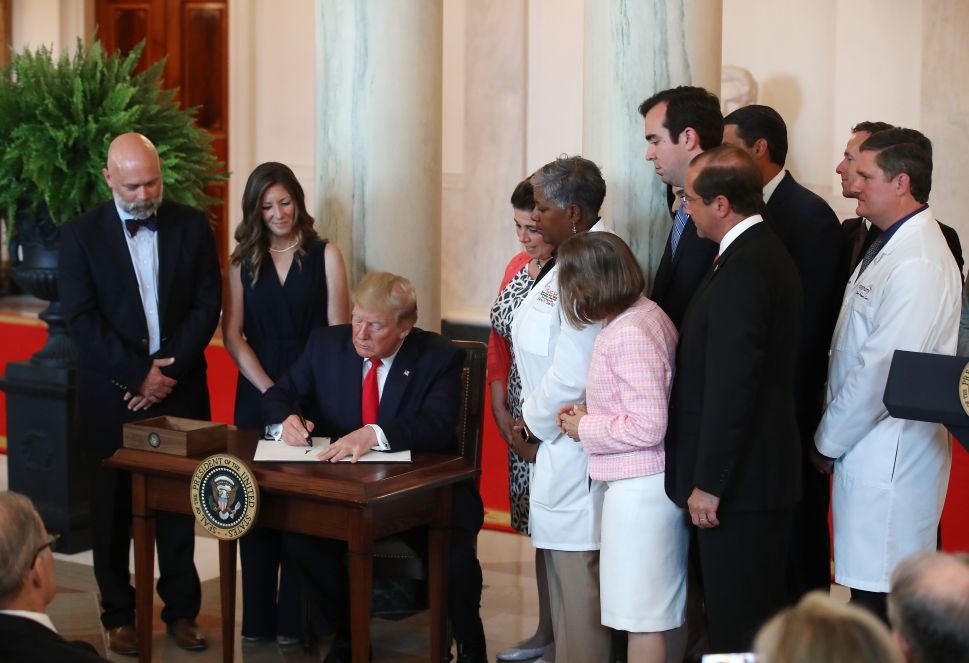