President Donald Trump addressed differences between his administration and the United Kingdom concerning Huawei Technologies, dismissing the idea of imposing limits on intelligence-sharing as a result of Britain’s support for the Chinese telecoms giant.

“We have an incredible relationship and will be able to work out any differences,” said the president during a Tuesday press conference alongside Prime Minister Theresa May. “We did discuss it, I see absolutely no limitations, we have never had limitations, this is a truly great ally and partner, and we will have no problem with that.”

Although the Trump administration has sought to limit Huawei’s presence in the United States out of national security concerns, Britain has indicated willingness to continue working with the firm. After the U.S. Commerce Department added Huawei and 68 of its affiliates to a list prohibiting them from buying American computer parts, Britain’s biggest mobile operator EE said it would buy Huawei’s equipment for its own 5G network.

In April, the British government decided to allow Huawei a limited role in building out parts of its 5 network.

“It’s essential that we get the balance right, ensuring that our networks are built in a way that is secure against interference from whatever source, but also are competitive,” Britain’s finance minister, Philip Hammond, said at the time. 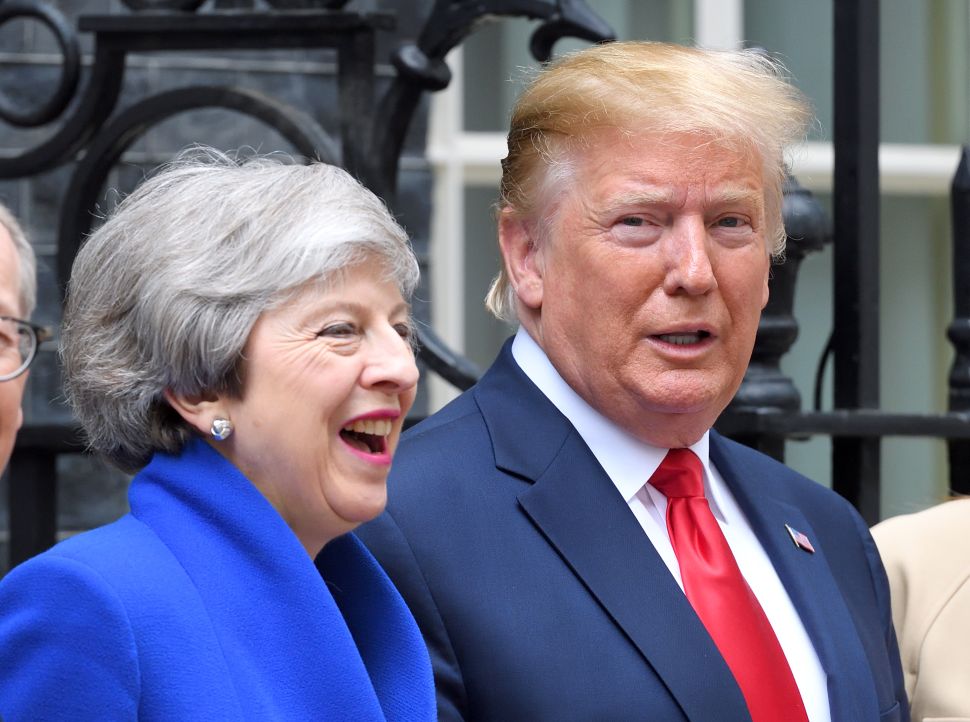