Americans like a good battle of the brands. Remember the Cola Wars of the 1980s? Or the Burger Battles of McDonald’s vs. Burger King. There’s IBM vs. Apple, Ford vs. Chevy, and even Marvel vs. DC. The same can be said of today’s politics, and our two political parties.

Is the Trump Brand for the Republicans besting the Progressive Brand crafted by Bernie Sanders and Alexandria Ocasio-Cortez? I looked at poll numbers today and compared them to prior eras so we can see how both parties are trending.

Is There a Trump Trend or a Progressive Push?

This confirms what most political scientists would tell you: political party preferences are pretty static and don’t change as much as you think. But there’s a lot of movement during a president’s tenure. What’s the average for Trump and his progressive rivals? And how does Trump stack up compared to prior presidents, like Barack Obama and George W. Bush. Were more people likely to be Republicans or Democrats back then?

Running the numbers for the entire Trump administration, the current president has seen Republicans average 26.78 percent support, so actually the party is doing a little better than it had for much of 2017 through 2019. The only good news for the GOP is that the Democrats are only averaging 29.69 percent in those same Gallup polls.

When Barack Obama was president, Democrats were in a little better shape. The party averaged 31.12 percent between 2009 and 2016. Republicans were a little lower, at 27.05 percent, while political independents again were in the lead (39.71 percent).

While George W. Bush was in his second term (Gallup polls only go back to 2004 on my site), Republicans were a little better off, at 30.98 percent. But Democrats were almost tied with independents back then (33.8 percent to 33.9 percent). 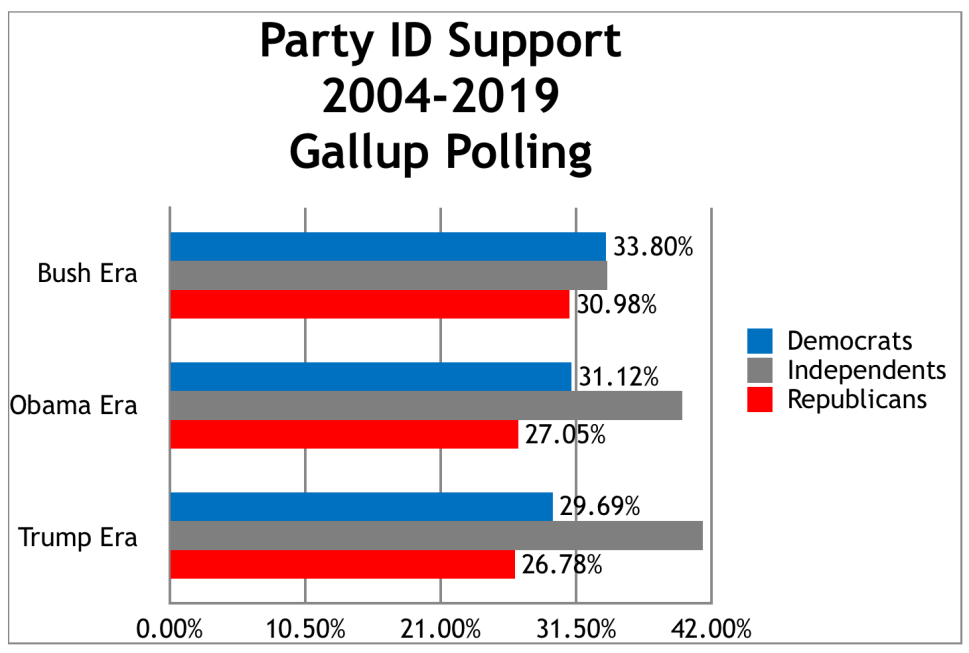 So here’s what we’ve learned.

1. Both Parties Are Less Popular Than Independents

Republicans and Democrats may be telling themselves that they have the hearts, or at least the ear of the people. But the data doesn’t support that. Voters, likely turned off by the hyper-partisanship, or at least the perception of it, are choosing not to align with a particular party, staying as political free agents. Given that we haven’t had a political independent candidate in a longtime, and the last true one got just under 20 percent of the vote in 1992 (H. Ross Perot), this shows a lack of confidence in the brand of either party.

2. The Brands of Both Parties Are Declining

These downward trends in belonging to a political party are pretty clear in our results. Political scientists like Russell J. Dalton, Scott C. Flanagan and Paul Allen Beck wrote about these trends long ago, and this downward slide for both sides seem to be persisting long after their book was published.

Clearly, the Trump Brand isn’t bringing voters into the GOP. It’s actually shrinking the party somewhat. The president may claim to be the most popular Republican president ever, but that’s because some of the critics of the party have simply left the group. President George W. Bush was actually more likely to keep voters in the GOP fold than Trump.

It is surprising that the Democratic brand ticked down a little bit under Barack Obama. That could be the result of electoral setbacks in 2010 and 2014, or the willingness of the progressives in his party to claim he was too moderate, too willing to appeal to centrists, and not be the second coming of FDR. Remember the Joe Klein book Buyer’s Remorse in which Senator Bernie Sanders added his two cents at the beginning?  It was a laundry list of progressive complaints about Obama. But it’s clear that the Bernie Sanders-AOC approach has actually driven voters away from the party.

3. Both Sides Would Be Better Off Pursuing the Middle Ground in 2020

Trump may feel the love from his party, but it’s a smaller party than it used to be several years ago. Continuing on that course may make him feel more popular among fellow GOP voters, but could cost him another term. The party could be banished to the wilderness for a few years (think Barry Goldwater in 1964).

Obama’s vice president Joe Biden seems to have a smart strategy: appeal to those independent voters who left the Republican and Democratic Party, and hope the party loyalists don’t abandon you in the process. It worked pretty well for Obama, and Bill Clinton for that matter. Yet, he has critics and contenders in his own party who seem to want to take the party back to the ideological purity… and horrific losses of 1972, 1984 and 1988.

Voters are slightly normally distributed and have been for the last several years. The first party to adequately pursue the center, instead of exclusively focusing on “firing up the base,” will prevail in 2020. 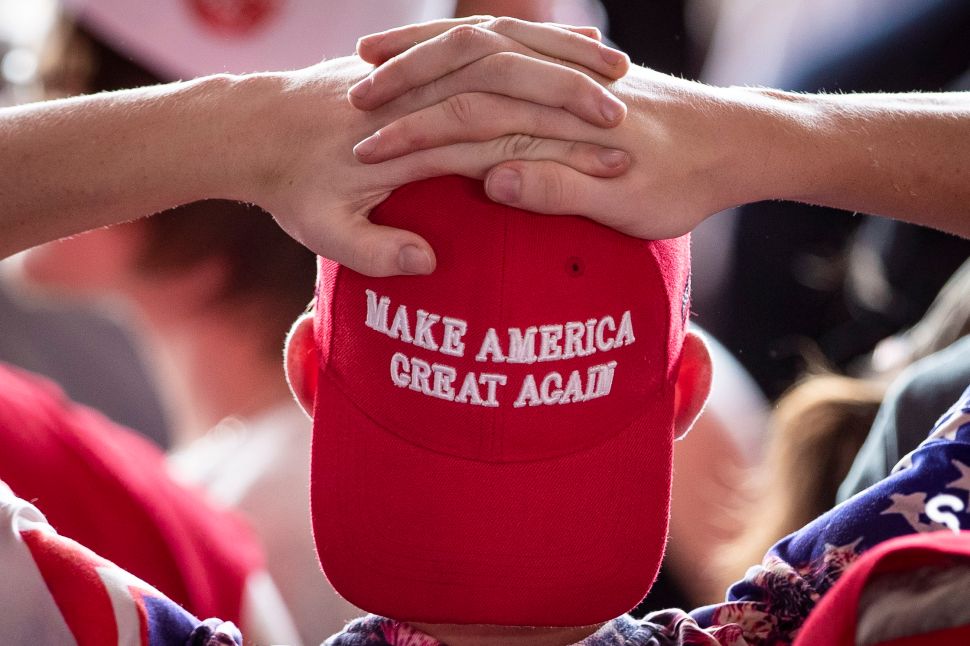