President Trump said at a press conference in Tokyo on Monday that the U.S. is “not ready” for a trade deal with China, but he left open the possibility of an agreement “sometime in the future.” All eyes are on whether there will be a meeting between Trump and Xi Jinping during the next G20 Summit, scheduled to take place in Osaka on June 28-29 and originally anticipated to be the occasion for a “signing ceremony” to seal the trade negotiations.

When the Trump administration slapped a 25 percent tariff on $200 billion worth of Chinese goods, an increase from 10 percent, on May 10, it essentially declared that Trump’s personal diplomacy with Xi at the Argentina G20 Summit on December 1 had all but collapsed. This was yet another illustrative example of the pitfalls of Trump’s top-down approach.

With the impasse in the trade talk firmly in place, many observers have hung their hope on a Trump-Xi summit to get the negotiations back on track. But I believe that Trump’s handshake approach is doomed to fail because it is fundamentally at odds with America’s primary concern over enforcement mechanism, which must be well thought out and detail-driven.

Trump’s chief trade negotiator Robert Lighthizer told the House Ways and Means Committee on February 27 that any final agreement between the U.S. and China would be specific, measurable and enforceable at all levels of Chinese government. From the U.S. perspective, China has not shown a stellar record in that department.

Trump’s propensity for self-centered trade strategy has initially even invited some speculation about the cause of the latest turnabout. According to one theory, Trump refused to write the elimination of tariffs into the trade contract so that he could keep the spotlight on himself by announcing the news at the signing ceremony as an act of mercy on his Chinese counterpart.

For all of Trump’s showmanship, I seriously doubt this explanation for the sudden re-escalation of the tariff threat. I don’t think Trump would risk a massive U.S. stock rout (even if the interest groups behind him have shorted the market, as the conspiracy theories would have it) for something of ceremonial significance.

In fact, based on the media recaps of the 10th round of trade negotiations, I tend to believe that the removal of punitive tariffs was never fully resolved even when the trade discussions seemed to head toward an imminent closure. If the issue remains on the table, there’s no logical need to resort to a self-destructive scare tactic. China’s media blackout and initial muted response immediately following Trump’s surprising tweet on May 5 seemed to suggest that Beijing was taken aback by the dramatic downturn of the trade discussion.

China’s Vice Premiere Liu He conducted an interview with Chinese press members before his departure from Washington on May 10, intending to set the record straight regarding America’s accusation of China “backtracking.” The interview also revealed how far apart the two parties still were at the negotiations—two sides could not even agree on the figure for China’s purchases of U.S. goods, which was previously thought to be uncontroversial as it does not involve structural reforms.

Trump’s “spiritual affinity” with other “strong man” leaders does not go unnoticed. He has openly lauded his “unlimited” respect for Xi Jinping. But will this friendship carry the day? I doubt it.

At the onset of the trade war last year, several Chinese business leaders, particularly those of state-owned enterprises, told me in private that they expected Trump and Xi would cut a deal between themselves. They also cited Kim Jong-un as a good model—playing tough to get a seat at the negotiation table.

But I think the analogy with Kim wears thin, considering that China wages more substantive power on many fronts that have earned it a seat at the table. If anything, the last-minute collapse of the second Trump-Kim Summit in Hanoi sent an alarm to the Chinese—they did not want to see Xi left at the altar with Trump as the runaway bride.

After the latest round of tariff-hiking measures, there are even more questions about which side is trying to string the other side along while having no intention to get through a real deal. But before the latest upsurge in tension, both sides appeared eager to close a deal.

Yet we may be in for a protracted standoff whereby both sides are waiting for the other side to blink first. In his testimony on February 27, Robert Lighthizer made it clear that he had no interest in a “soybean solution.”  But the unfortunate truth is that any trade agreement now may be just a Band-Aid for the wide chasm between the two parties.

Even with the best intentions, it would be extremely difficult for China to deliver all of the “asks” because it cannot have genuine economic reforms (AKA “structural changes”) without concomitant political reforms. But the interest groups perceive such reforms as undermining the grasp of the ruling party.

Reportedly Liu He said to the U.S. trade negotiators at the May 9 dinner that a deal would have to rely on a Trump-Xi meeting, as there was nothing he could do. It also seemed that China was no longer willing to commit in writing to address issues relating to intellectual property, forced technology transfer, state subsidies and other core issues. In fact, echoing Liu’s interview with the Chinese press on May 10, China’s state media has since stepped up its attack on America’s theory of “Chinese intellectual property theft.”

“Leader-to-leader” diplomacy is the centerpiece of Trump’s strategy.  If Xi doesn’t want to lose face publicly, he should also prevent Trump from having a self-aggrandizing blow up.

Just as Washington has overestimated the influence of China’s true reformers, Beijing has underestimated the bipartisan resolve of the U.S. to “fix China.” In many ways, we are awaking to a new reality that the trade war is just a façade of two mutually distrusted, and oftentimes incompatible, political systems.

The continuing bickering between the world’s two largest economies will essentially put both systems‘ feet to the fire. We may have to wait and see which is better at withholding the stress and outlasting the other. 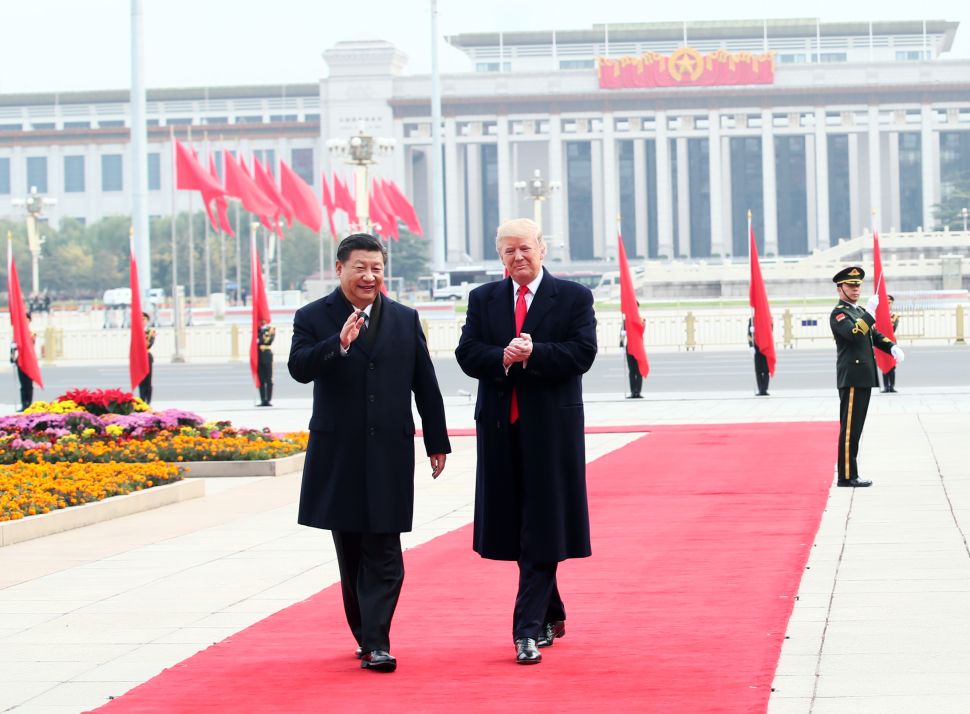