“What if the Republican leadership here in Washington had bothered to learn the lessons of the 2016 election? What if they cared enough to do that? What if they understand and embraced the economic nationalism that was at the heart of Donald Trump’s presidential campaign?” Carlson asked viewers at the beginning of the segment.

The Fox News host proceeded to read a two-minute quote from Warren taking issue with American corporations like Levi’s and General Electric for outsourcing labor, before praising her Plan for Economic Patriotism—a policy proposal which aims to promote exports and domestic manufacturing.

The pundit highlighted the candidate’s recommendations of establishing workplace apprenticeship programs and incentivizing the U.S. government to buy American products.

“She sounds like Donald Trump at his best,” said Carlson, before later characterizing her as a “race-hustling, gun grabbing, abortion extremist.”

Tucker Carlson Tonight occasionally uses its platform to promote policy points often associated with the progressive vanguard of the Democratic party—especially on issues related to corporations and labor. Taking issue with Amazon, Carlson delivered two monologues last year where he sided with Rep. Alexandria Ocasio-Cortez (D-N.Y.) and Senator Bernie Sanders (I-Vt.), praising both lawmakers for their stand against Jeff Bezos.

“A huge number of Amazon workers are so poorly paid, they qualify for federal welfare benefits,” said the pundit in August, as he explained Sanders’ Stop Bezos legislation. “Jeff Bezos isn’t paying his workers enough to eat, so you made up the difference in your tax dollars… On this question, Bernie is right.”

Many have questioned the host’s sincerity as championing himself as a man of the people, especially after audio surfaced in March of Carlson calling himself an “out-of-the-closet elitist.” 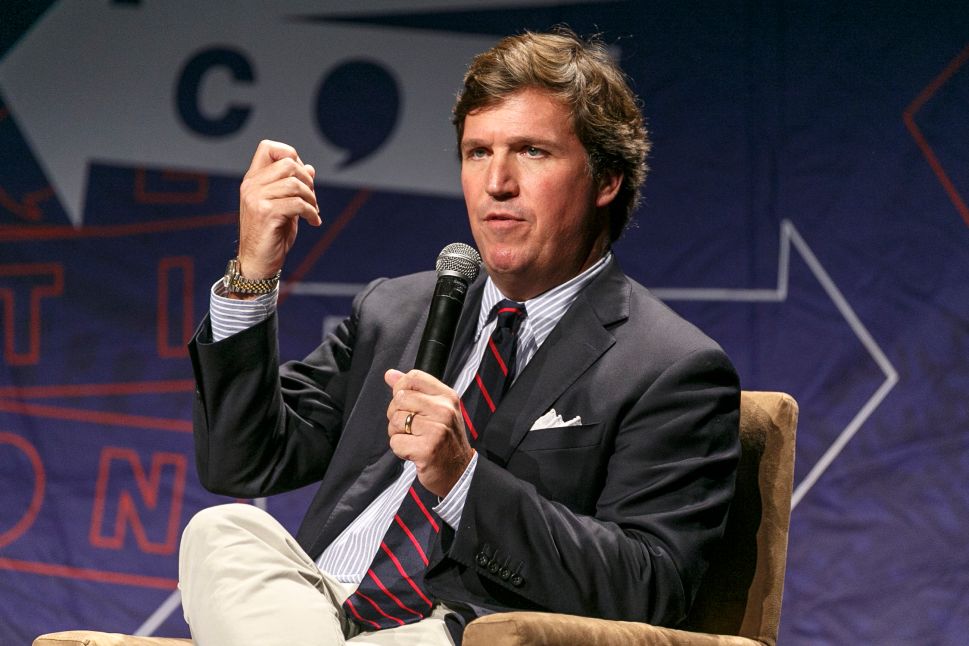