In January, I wrote about the federal government’s war on vaping for Observer, because I treasure freedom and don’t think the federal government should be in the business of interfering in the activities of consenting adults. Now, comes the State of New York to join the war on vaping with an attempt to ban flavored e-cigarettes. This is part of an attempt to kill the industry with a death by a thousand regulations.

Advocates for vaping recognize that New York is restricting access of consenting adults for no rational reason. On March 1, WIVB quoted Brian Ellis, vice president of Yeti Vape stores, as saying, “stopping flavored vape will actually go ahead and limit the availability of product to consenting adults. So, ultimately, by taking that product away, you’re now taking 92 percent of the product that we would have away from consenting adults to use the product.” Advocates for vaping market the product as a safe alternative to tobacco cigarettes and a way to help stop smoking them. One way to attract more adults to this safer alternative to cigarettes is to use flavors.

The argument that we need to protect children from access to these types of products applies to alcohol and marijuana, yet we don’t ban those products. Although the New York legislators could not come to an agreement on adult use cannabis this year, it is likely that some version of that legislation will pass in the next few years and it will be legal. The big hurdles seem to be, according to ABC News, that “despite broad support for legalization and polls showing its statewide popularity, lawmakers couldn’t agree on the many details of legalization, such as how tax revenue should be spent, whether past pot convictions should be expunged, and whether local communities could opt out of hosting dispensaries or instead would have to opt in.” The issue of children’s access to these products are not a high-profile issue, because we don’t ban products merely because children could potentially gain access to them.

The argument that a product not intended for children should be banned has always been an emotional argument many use to attack the push to liberalize cannabis laws and in gun control debates. Laws are on the books that prevent young people from walking into a store an purchasing alcohol, medicinal marijuana and vaping products. The idea that flavored vaping will create a black market where kids stand outside of vape stores, asking adults to buy them these products is not that realistic. “The Kids” argument is a pretext for those who oppose all forms of vaping and want a complete ban.

As of the writing of this op-ed, the state of New York had not railroaded through its legislature a ban on flavored vaping. It would make sense for legislators to focus on issues that matter to the people of New York state, because flavored vaping is not at the top of the list.

New York City is also getting into the war on vaping. Earlier this week, New York City council member Fernando Cabrera from the Bronx said, “New York is under siege by this new tobacco trend. Vaping companies like Juul, Njoy and Logic have spread like wildfire through low-income communities of color like mine. One-out-of-six city high school students reported using an e-cigarette in the last month, according to the Department of Health and Mental Hygiene.” This is depressing, yet children also end up having access to alcohol and drugs—it is a fact of life. To restrict the rights of consenting adults will not solve the problem. Cabrera has pushed legislation “that would significantly restrict menthol and flavored e-cigarettes in New York.”

This is a mistake and would unnecessarily restrict freedom. Vaping is popular, and if you dialed back the clock 20 years, the people vaping would be smoking tobacco cigarettes. Vaping is undeniably safer, and adults should not be restricted in the enjoyment of that freedom whether in New York City, Buffalo or any other city in America. 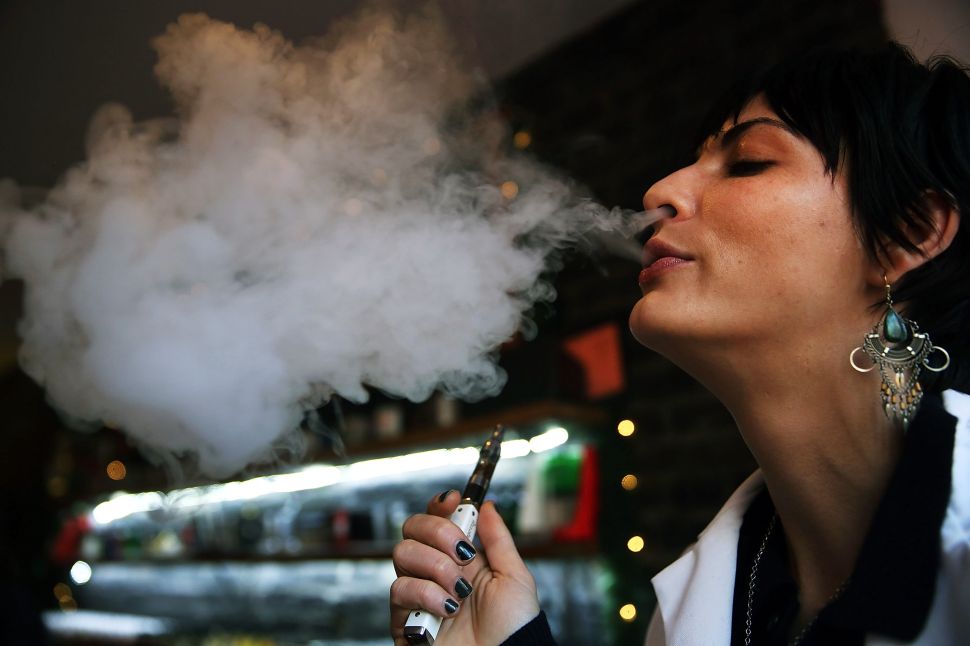