Twentieth Century Fox’s long-awaited Dark Phoenix arrives this weekend following delays, reshoots and whole bundle of speculation regarding the future of the X-Men. But amid the upheaval, one unknown that has drawn considerable attention from fans is Jessica Chastain’s mysterious antagonist. Who, exactly, is the Oscar-nominated actress playing?

In Dark Phoenix, Chastain plays a character named Vuk, a member of the alien race known as the D’Bari whose original star system home was destroyed by the Phoenix force. In the comics, the D’Bari first appeared in Avengers vol. 1 #4, released in March 1964. Vuk (in that telling, a male D’Bari) was off-world when the Phoenix destroyed his planet, launching him into an arc of vengeance that sees him come to earth to attack the X-Men.

In the film, Chastain’s character follows a mostly similar path: she leads a group of shape-shifting D’Bari to earth in search of the Phoenix Force. However, it’s not clear when the decision was made to make Chastain’s character resemble the comics counterpart (the D’Bari aren’t shape-shifters in the source material as they are in the film). James McAvoy, who plays Professor Charles Xavier, recently revealed that the entire third act of Dark Phoenix was re-shot, altering much of the story.

“The end changed a hell of a lot,” McAvoy told YahooUK. “The finale had to change. There was a lot of overlap and parallels with another superhero movie that came out…a while ago.”

Added Chastain, “My character changed a lot, which is an interesting thing because I’m not playing someone from the comics. So it was always everyday trying to figure out ‘Who am I? Who is the mystery that is this character?’ And then understanding with the reshoots ‘Oh, it’s changing again.’ It was a constant evolution…. So yeah, my character changed.”

This suggests writer-director Simon Kinberg may have changed Chastain’s character to Vuk in post-production.

It is widely believed that the other superhero movie McAvoy is referring to is Captain Marvel. In that film, the shape-shifting aliens known as the Skrulls are positioned as the villains early on only for the third act to reveal them as sympathetic asylum-seekers following the destruction of their world. Given the similarities, it’s understandable why Dark Phoenix was forced to change its finale. However, it leaves us to wonder if perhaps Chastain and her crew of extraterrestrials were originally set to receive a far more supportive characterization. 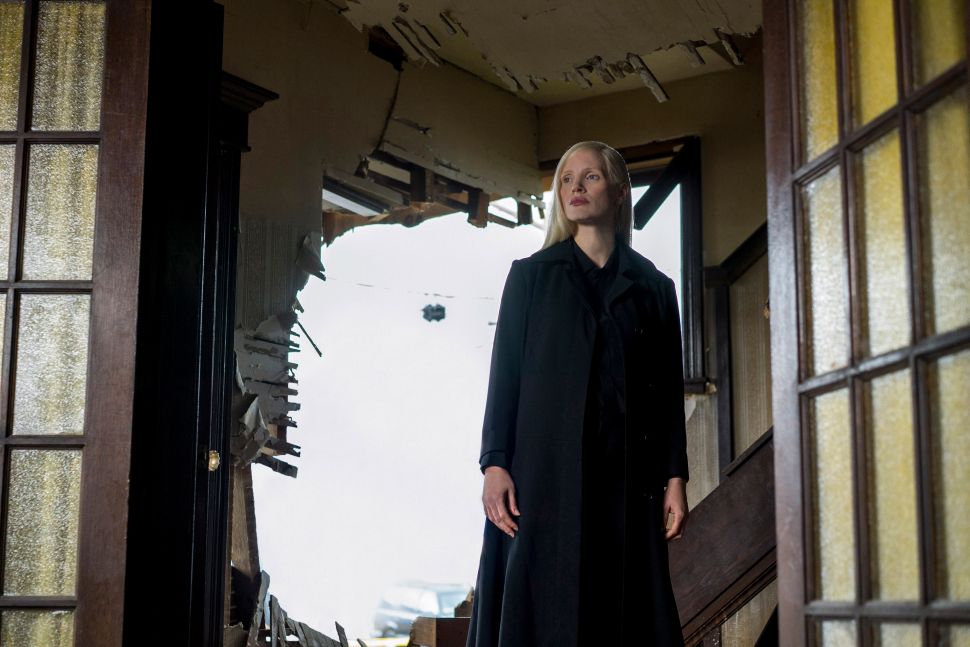