It turns out, those “selfie cameras” at Walmart’s checkout lines have been watching you back.

The retail chain utilizes what it internally calls Missed Scan Detection, which helps detect when an item lands in a shopping bag without being scanned. The AI-powered visual scanners/cameras are placed at both self-checkout registers and ones run by store cashiers.

The company confirmed to Business Insider that, indeed, the surveillance was put in place to prevent “shrinkage,” also known as stolen goods.

“Walmart is making a true investment to ensure the safety of our customers and associates,” a Walmart spokesperson said. “Over the last three years, the company has invested over half a billion dollars in an effort to prevent, reduce and deter crime in our stores and parking lots. We are continuously investing in people, programs and technology to keep our stores and communities safe.”

Facial recognition has been known to be a controversial topic when it comes to its use on unsuspecting humans. While it’s unclear if the surveillance program scans and stores customers’ features within sight, its use is apparently nothing new.

A statement on behalf of Everseen AI, one of the companies that provides the artificial intelligence vision technology for Walmart, confirmed the program has been in place for nearly two years.

Of course shrinkage doesn’t necessarily mean intentional theft, as it could also refer to items that accidentally bypass the register, which is known to be a major source of loss for brick and mortar shops. By utilizing AI to reduce the chances of shrinkage, Walmart employees aren’t solely responsible for preventing its occurrence.

Walmart’s reliance on technology to boost margins comes at a time when the company is aggressively competing against Amazon. The retail giant just introduced a Prime-like grocery delivery service for $98 per year to lure customers. And to challenge Amazon’s new one-day shipping option, Walmart has hinted it plans to offer a similar choice without an annual membership fee.

Update: Since publication of this article, Walmart has confirmed to Observer via email that its technology does not use facial recognition. 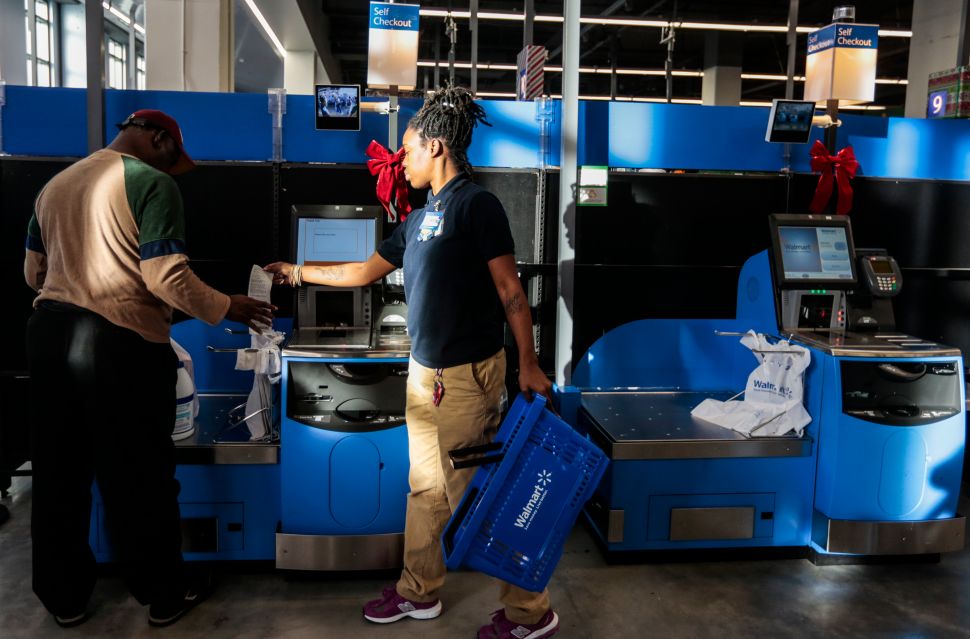