One of the most popular articles that I’ve written is “The Amazon Deception: How Secretive Strategies Are Setting the Stage for World Domination.” In the article, I outline that competition is fierce between Amazon and other companies, but especially with Walmart. I also touched upon the subject that Amazon is certain to become a third-party logistics company, selling its logistics prowess on the open market the same way it sells access to AWS to any company that’s interested. As Amazon slowly but surely takes command and control over more of its shipping needs, Amazon will become a major competitor to FedEx and UPS. This is a fact.

Therefore, it was with great interest that I recently read several articles announcing that FedEx had declined “to renew a key domestic contract with Amazon, a move that could pinch the online retail giant during its all-important holiday shipping season when it has sometimes struggled to get packages to customers on time,” according to an article in The Washington Post.

The FedEx contract in question is the Express contract with Amazon—the speediest option FedEx offers for shipping via air—which ends June 30. The decision does not affect its international services or any last-mile contracts according to multiple sources. It’s important to put the scope of business into perspective without minimizing the importance of the move by FedEx: Amazon accounted for less than 1.3 percent of FedEx’s revenue in 2018, according to FedEx (around $850 million to $1 billion).

“Amazon relies less heavily on FedEx as compared with most of its shipping partners, including the U.S. Postal Service (USPS) and UPS. Roughly 50 percent of Amazon’s shipments go through the U.S. Postal Service, which delivers the last miles of a package’s journey along with the mail. UPS and FedEx pick up the remainder. Amazon’s need for the fastest method of shipping has decreased as the company has built warehouses closer to population centers around the country,” according to the Post.

The Invisible Hand of Walmart

Although it is perfectly logical to assume that FedEx made the decision on its own to not renew its Express contract with Amazon, I’m not convinced that FedEx didn’t have a little coaching. Officially, FedEx stated it made the decision “as we focus on serving the broader e-commerce market.” Let’s dig into the comment.

FedEx isn’t about to walk away from nearly $1 billion in revenue generated by delivering Express packages for Amazon without a way to replace that revenue. In addition, FedEx understands that regardless of how polite Amazon and FedEx treat each other publicly, ending the contract with Amazon is tantamount to firing a cannon shot across Amazon’s bow. In other words—FedEx didn’t make the decision lightly, and it didn’t make the decision without having a backup plan. I also don’t believe FedEx came up with the idea entirely on its own. I believe Walmart actually came up with the idea for FedEx to end its Express agreement with Amazon. Here’s why:

Can I prove that Walmart came up with the idea that FedEx should dump Amazon’s Express business? No. Is it illegal for Walmart to influence FedEx to end a contract with any of its customers? No. Does this mean my idea is crazy? No, it doesn’t.

As I have stated in many articles that I have written about Walmart and Amazon, each company is in a continuous state of trying to out-think, out-innovate and out-strategize the other 24/7, 365 days per year. Amazon can claim all day long about how they “only focus on customers, not competitors,” but Walmart isn’t the average competitor. Walmart is the only predator of Amazon, and Amazon can’t underestimate Walmart—ever.

From a strategy perspective, Walmart influencing FedEx to end its Express business with Amazon makes perfect sense. As I have written many times in articles, business is a form of warfare, especially between two large companies seeking to dominate an industry. According to the Chinese general and strategist Sun Tzu:

If your enemy is secure at all points, be prepared for him. If he is in superior strength, evade him. If your opponent is temperamental, seek to irritate him. Pretend to be weak, that he may grow arrogant. If he is taking his ease, give him no rest. If his forces are united, separate them. Attack him where he is unprepared, appear where you are not expected.

If Walmart did convince FedEx to walk away from Amazon’s Express business, it should be viewed as a brilliant way to irritate Amazon and place the company in a position where it may be unprepared to meet its capacity needs for the upcoming holiday season. Bravo, Walmart, bravo indeed. (The move is in no way catastrophic to Amazon as I believe Amazon will now accelerate leasing more cargo aircraft from its partners at Air Transport Services Group and Atlas Air Worldwide to make up for the lost cargo capacity.) I won’t be surprised if Amazon and FedEx permanently end their relationship no later than 2021.

The tit for tat taking place between Amazon and Walmart won’t continue for much longer. I believe it is only a matter of time before Amazon surprises Walmart with another acquisition related to retail or logistics that massively disrupts Walmart. Amazon has lots of options when it comes to meeting its logistics needs. One option I recommend above all others is for Amazon to go nuclear on Walmart and its other competitors. How? By acquiring the U.S. Postal Service and that is the subject of my next article. 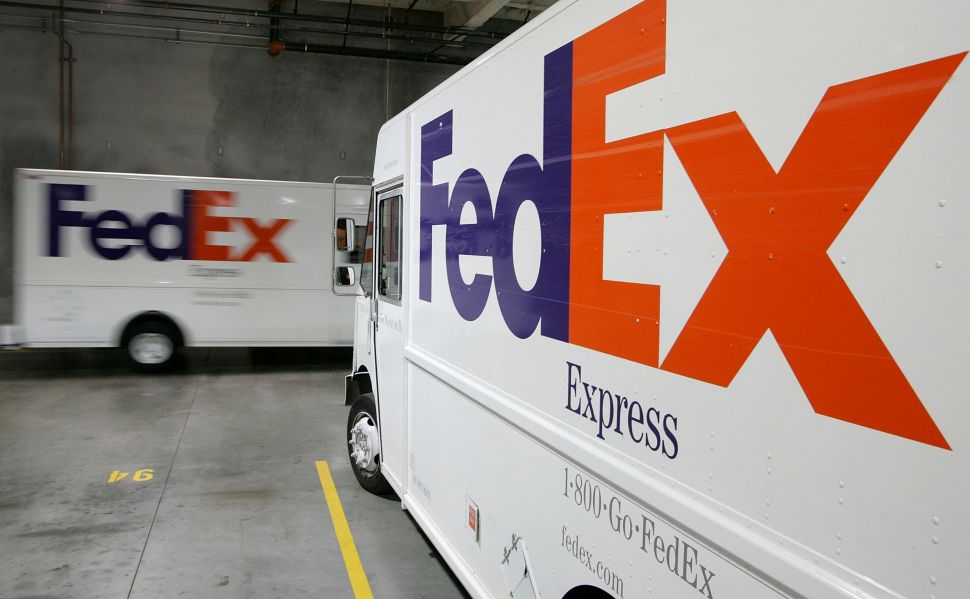