On Monday, it was reported that WarnerMedia is close to signing a $500 million deal with Bad Robot, the production outfit from J.J. Abrams and wife Katie McGrath, following an industry-wide sweepstakes that included pitches from Apple, Disney, NBCUniversal, and Netflix. Abrams and Bad Robot Pictures have been locked into a small-screen deal with Warner Bros. TV since 2006. On the big screen, Abrams’ deal with Paramount Pictures expired last summer (Paramount ended up getting screwed a bit in their deal, but that’s a story for another day).

While this new mega-deal opens up all sorts of enticing blockbuster opportunities for the prolific writer-producer-director (Bad Robot did help revive the Mission: Impossible, Star Trek and Star Wars franchises, after all) it also raises several key questions.

What kind of deal is WarnerMedia getting with Abrams?

Specific details of the looming agreement remain a mystery. Under Paramount Pictures, Abrams had a first-look agreement which gave the studio the right of first refusal on any and all film projects from Bad Robot. However, his deal was also non-exclusive in terms of directing, which is why he was legally able to helm two Star Wars films for Disney while under contract at Paramount.

According to The New York Times, WarnerMedia will enjoy a first-look deal with projects developed by Bad Robot, which will cover film, TV, video games, consumer products, music and digital content. Yet at this time, it is unknown if there is a similar non-compete clause built into the language of the deal. Given Paramount’s frustration with Abrams’ lack of availability due to Star Wars, it’s hard to believe WarnerMedia would want him on the open market. Then again, with the abundance of eager suitors, Bad Robot held all the leverage.

Bad Robot may soon be under the WarnerMedia umbrella, but it is believed that it is still free to work on existing outside TV projects such as the three series it has in development for Apple’s upcoming streaming service. Bad Robot boasts more than 50 movies and shows in development or production at the moment, per IMDBpro.

Can AT&T properly leverage this win?

Wells Fargo analysts downgraded AT&T’s outlook last summer as its Time Warner acquisition represented a massive $85.4 billion investment into foreign business. While the former Time Warner has plenty of experience creating original programming, AT&T does not. The ongoing melding of commerce and art will be a difficult transition for both entities, and analysts at the time of the deal’s approval expressed concern that the telecom conglomerate now had too many “balls to juggle.”

AT&T currently has $171 billion in debt, though CEO Randall Stephenson has pledged to correct this by 2022. At the same time, WarnerMedia is widely expected to reclaim exclusive broadcasting rights to popular library content such as Friends, which Netflix is licensing for a hefty $100 million throughout 2019, at the end of the year.

The CEO’s handling of the company’s forthcoming streaming service hasn’t helped matters. In 2018, Stankey hastily announced a planned three-tiered direct-to-consumer platform at AT&T’s analyst day to the surprise of many within the company. Since then, WarnerMedia has trashed the concept entirely in favor a TV package that costs between $16 and $17 per month with a less expensive ad-supported option still being considered for a later date. Simply put, the lack of clarity and flip-flopping from the company is embarrassing.

What are the industry implications?

To date, Bad Robot’s $500 million payday is the most lucrative overall deal in the game (Bad Robot’s deals in 2006 guaranteed Abrams “just” $55 million to $65 million, per the Times). Thanks to the proliferation of deep-pocketed streaming services and the arms race for content in entertainment, showrunner salaries have been exploding across the board. Top payday winners include Greg Berlanti (Warner Bros. TV, $400 million), Ryan Murphy (Netflix, $300 million), Michael Schur (Universal TV, $125 million) and Shonda Rhimes ($100 million). The nine-figure “mega-deal” is becoming less of a momentary trend and more of an established business practice; Abrams’ market-resetting agreement furthers that economic escalation. What heights the industry could reach may only be known if Christopher Nolan’s Syncopy Films Inc. were to begin hunting for its own lucrative overall deal.

While Abrams is now best known for his big-screen work, WarnerMedia was likely most motivated by what Bad Robot could provide to its upcoming streaming service. On the small screen, Warner Bros. TV now houses Abrams, Berlanti, Mindy Kaling and Ava DuVernay. The studio is also working on a long-term extension for Chuck Lorre. That is a serious roster of content creators that should be able to line WarnerMedia’s over-the-top platform with attractive original programming. Similar to Disney acquiring Fox mainly to compete with Netflix, think of WarnerMedia and Bad Robot’s deal as a signal that the streaming wars are now a full-blown blood bath. 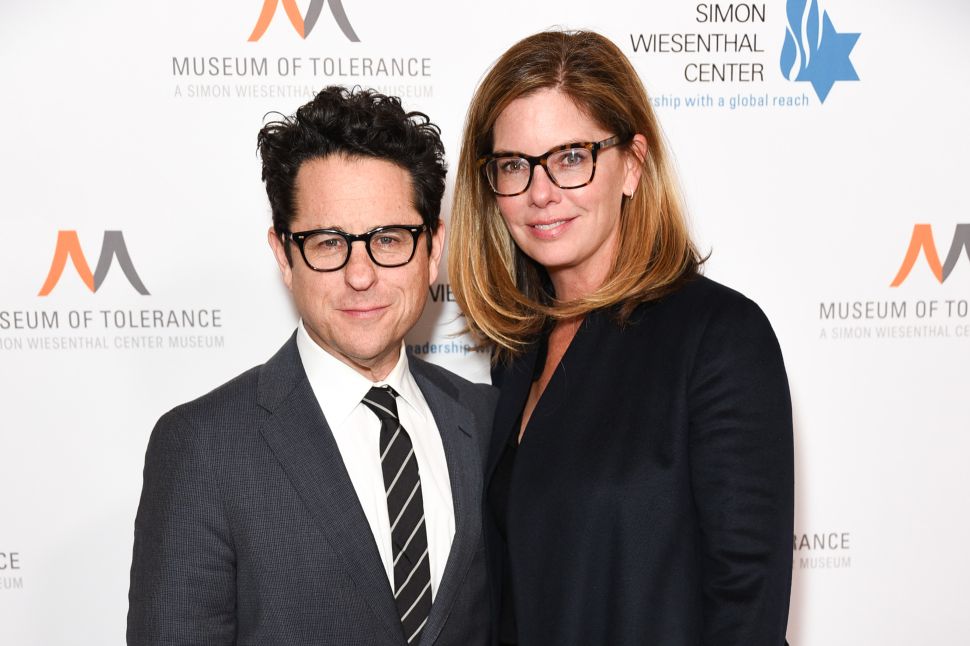