When They See Us—Netflix’s harrowing true-story tale of the Central Park Five, a group of Harlem teenagers falsely accused of a brutal attack—is resonating with viewers and critics alike. This gripping portrayal of real-life events forces audiences to confront an ugly episode from our recent past. It considers what role race and socioeconomic class plays into justice in this country, and it isn’t afraid to broach that delicate subject with viewers. At 95 percent on Rotten Tomatoes and with executive producers such as Ava DuVernay and Oprah Winfrey, it is one of Netflix’s buzziest new offerings amid a sea of occasionally forgettable content.

But you might be interested to know that When They See Us was originally intended for the big screen.

“To me [film and TV are] really the same thing. I don’t think of it as film and television. [When They See Us] was originally supposed to be a theatrical piece,” DuVernay, who also created and directed the s recently told The Hollywood Reporter.

The rise of television nominally began with The Sopranos and has continued onward ever since. With the proliferation of at-home entertainment and the dawn of the streaming era, the line between the big and small screen has become increasingly blurred. We don’t consume movies and television series as much as we subsist on a steady diet of content. And while the silver screen may have once been considered the more prestigious medium, the ambition and capabilities of TV has closed that gap considerably.

“I said, ‘No, I think it’s a series because I need more time,'” DuVernay said when explaining the project’s pivot to TV. “And it also has to do with racial bias and all this stuff that I think people don’t really go to the movies for. The lines are so blurred now that when I think of what we’re doing in TV, I don’t think of the TV that I watched when I was younger. I think of it now as a story that can take any form we decide.”

It is that melding of mediums that has inspired push-back from the Academy of Motion Pictures Arts and Sciences against the likes of Netflix and streaming. The governing body has discussed changes to its awards requirements in order to make it more challenging for Netflix to compete while the market-leading streamer has begun expanding its theatrical footprint in order to appease Oscars voters. 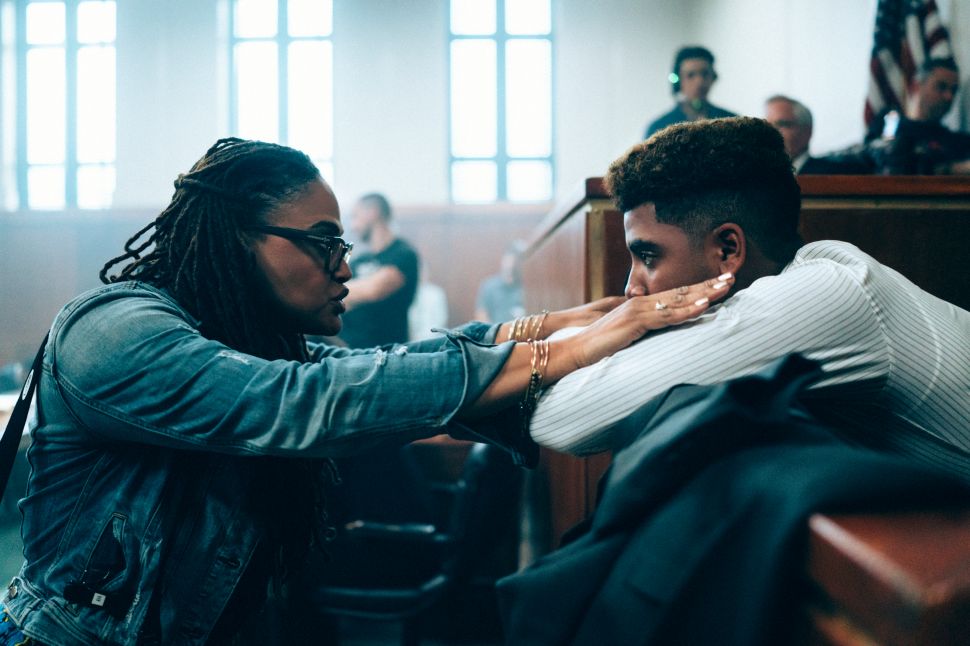